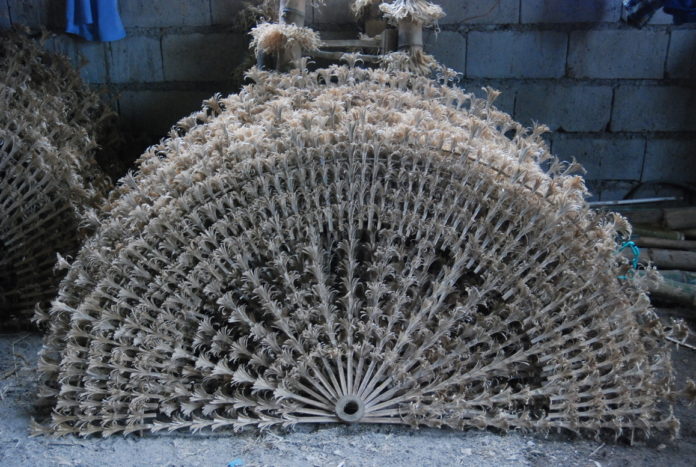 Bamboo crafts permeate all aspects of Philippine life. Bamboo is used for house construction, for fishing and farming implements, for musical instruments and much more. Bamboo items may still be found in the handicraft section of most public markets.

The poles can be used as containers for water or for gathering wine. The young shoots are fermented and eaten. Bamboo skin can be woven into mats or baskets. Bamboo is used for the crafts of the everyday but also for festive occasions. 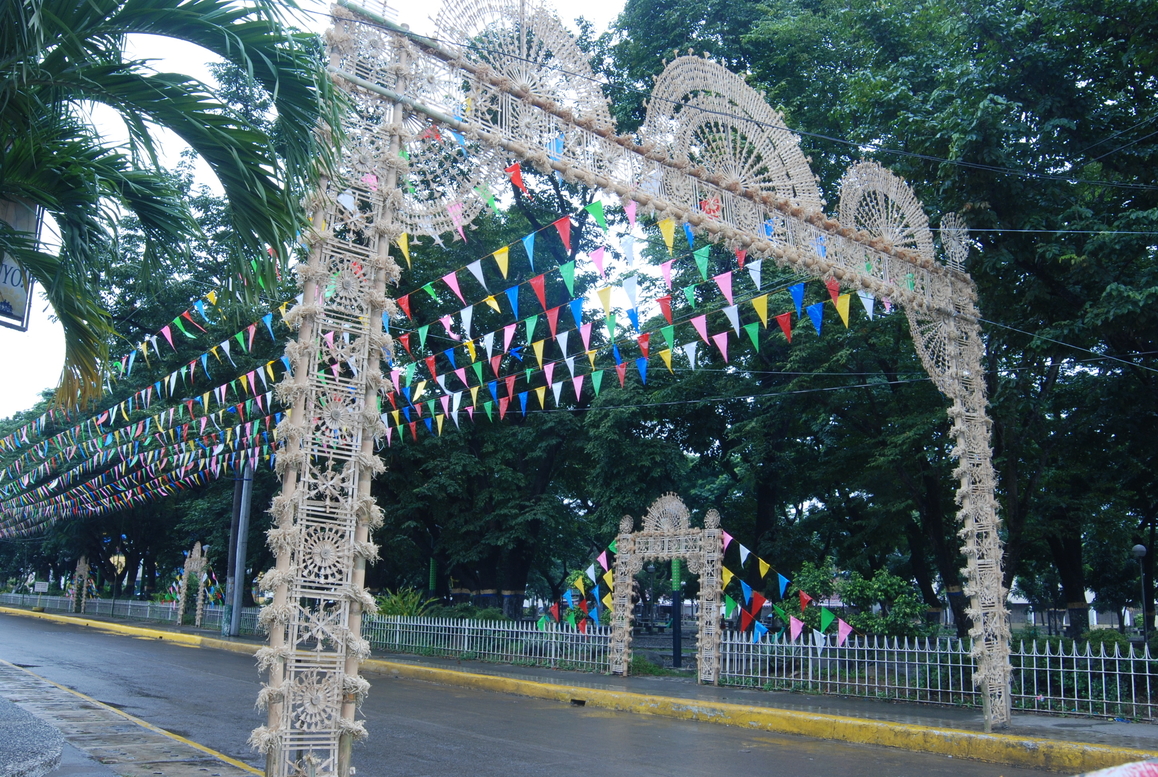 This pervasiveness of bamboo as a material has to do with the fact that it is found almost everywhere in the country. About 60 or so different species have been identified in the archipelago. Of this number, about twenty are endemic.

Among some Philippine groups, the first woman and man were supposed to have emerged from the splitting of the bamboo. The bamboo is a popular symbolic image in the arts. The plant’s flexibility is even touted as a personal trait to emulate.

Among the more elaborate craft forms involving bamboo is the making of fans that is still practiced in the northern province of Ilocos Sur. Festive arches known as arkos are made in towns in Rizal and Nueva Ecija provinces. These employ a special whittling technique which transforms the skin of the poles into floral shapes.

One significant bamboo craft is the making of lakub which is associated with the Maranao ethno-linguistic group of the large southern island of Mindanao. Lakub are multi-hued containers made from bamboo poles often used for carrying and storing tobacco.

To make lakub, the bamboo poles are cut at the beginning of the lunar cycle. This ensures that the sugar content of the sap is at its lowest reducing insect infestation. The poles are skinned and sun-dried for weeks. They are decorated with pieces of paper cut in decorative shapes then wrapped with cloth dipped in different dyes. These are then rolled in banana leaves, tied, and boiled in water. When the wraps are removed the resulting colorful tubes are polished with a piece of glass.

If not for the recent revival efforts of the National Commission of Culture and the Arts, lakub were hardly being made due to their unprofitability given cheaper substitutes. 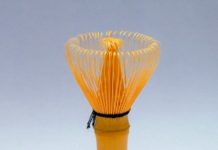