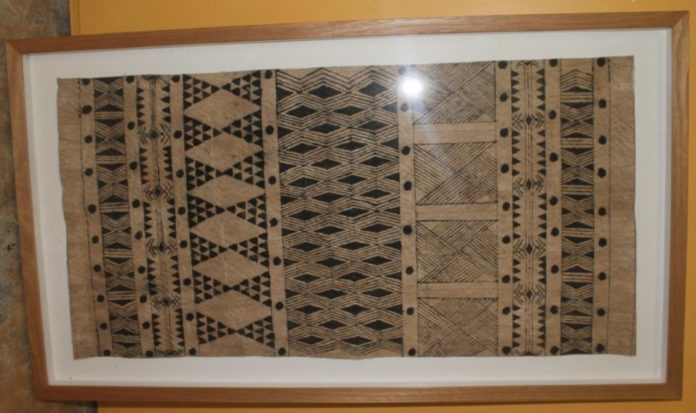 The primary textile of Solomon Islanders, like that of other Pacific islanders, is barkcloth made from the whitish inner bark of a tree that grows widely in the islands (“paper mulberry”). Inner bark of breadfruit or of a banyan fig tree (Ficus species) that grows in local rainforests is also used. Barkcloth made from fig trees has a natural red colour and was used as clothing. Nowadays barkcloth is worn by men or women only when performing traditional dances.

Barkcloth made from inner bark of paper mulberry or breadfruit is felted by soakings in water, and beaten with a hardwood mallet on a flat-surfaced log. When dried, the cloth is sometimes decorated. Undecorated Barkcloth was once used for clothing, baby slings and other domestic purposes and (in the Santa Cruz islands) also breechclouts and cylindrical head-dresses.

Patterns applied to barkcloth are distinctive to certain islands or cultures. So, for instance, the community of Isabel is renowned for patterns marked out with a blue dye. This dye is reported to have been made from a small leguminous plant (desmodium sp) though recent experiments with its leaves have failed to reproduce this distinctive blue dye.

Old barkcloth collected in western and central islands and now held by museums, feature dugongs and other sea creatures, while patterns from islands further east, such as Santa Cruz, are more geometric, such as when decorated in rectangular panels filled with fine hatched diamond designs. Even though geometric, these design elements are still recognisable as having originated in nature, such as in the triangular tailfin of tuna fish, or the crook of a frigate bird wing.

Barkcloth is still made in a few inland villages, for local use. Very little is being made for the tourist market, though at Ndende, the largest island of the Santa Cruz group barkcloth manufacturing resumed in the 1970s, from where some pieces find their way to tourist markets. 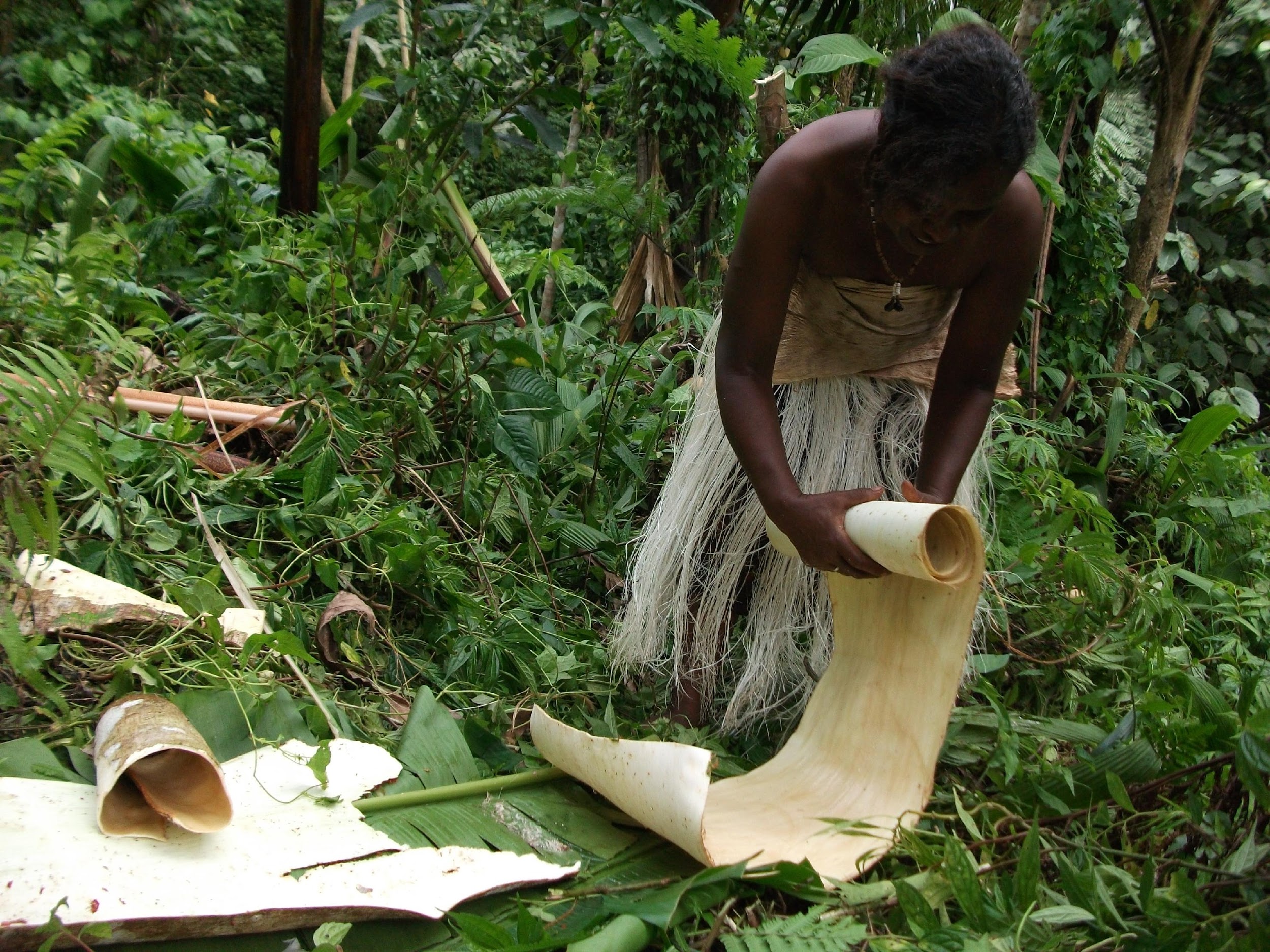 Having been stripped out, inner bark is rolled up for carrying back to an Isabel village for felting (2010).