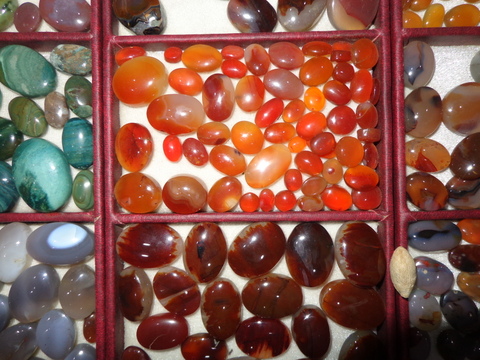 Yemeni agate has been produced for more than two thousand years. It is considered a semi-precious stone and was called cairns in Latin, meaning “young fruit”.

Agate can be found in veins exposed in mines especially in volcanic areas. The most famous regions for agate are Ans, Bani Hushaish and Sa’wan. The searching process is done manually using small axes, then collecting the agates in small bags and supplying it to the handicrafts. They start to refine the agates using small hammer to reach to the required size. Then, they tie the agate on a stick of tamarisk tree using a glue substance called allok, which is made out of a melted incense mixed with some ashes and mustard oil. The handicrafts start to rub the agate with four different natural types of rocks whereas each type has a specific purpose:

The Yemeni handicrafts have inherited this craft from their great grandfathers and they have preserved it using the traditional primitive techniques, despite this process starting to decline due to the entrance of the machine, which makes it easier to produce large commercial quantities.

The prices of the agate vary according to its different colours. The red, liverish and dates colour are considered the most expensive, top quality and most required on the market. On the other hand, the other colours are considered cheaper. Usually the agate stones are used on the rings that men and women wear.

The agate is linked to the popular Yemeni culture in bringing good luck, grace and a protection from envy. Also, according to the popular belief that the agate is used to heal some sort of sickness like getting rid of snake’s poison.

Abutaleb family is one of the most famous to they have inherited this craft. One of its member Mohamed Ismail Abutaleb is still working on it and he owns a shop in a commercial center called Samsarat Alnahas at the market of Suoq Almelh in the heart of the old city of Sana’a. It is the most important traditional market which is full of commercial shops specialized in selling agates. 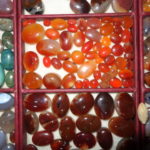 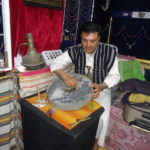