Home Leather Footwear made out of natural leather (almenqalah) 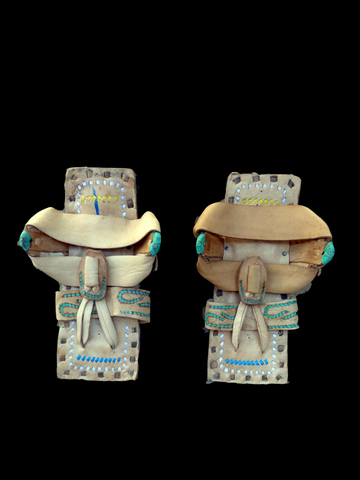 The natural leather is widely available in Yemen. Therefore, Yemenis became famous in the old times for tanning and sewing leather products. Handicrafts use leather in many different crafts and part of it is the traditional costumes. 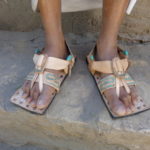 The name of this craft is called in Yemen almenqalah and the technique is called menaql, which means transformation. So, the handicraft transforms the leather from its nature to a new different shape. They also use the simple and primitive tools as their fathers and grandfathers did, such as scissors, pincers, special knife for cutting leathers, metal puncher and small hammer. The leather footwear and its different types are considered the most important products of this craft.

Leather footwear has an ancient history. It was found on mummies in a mountain cave and which is now at the Archeological College.

During the present time, the position of this craft has chang 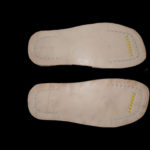 ed a lot. Although, there were once about 40 shops, today there are only five shops remaining that specialise in producing  traditional alsarm leather footwear.

Alsarm consists of number of leather pieces. The most important ones are:

Mr. Akram Kaidama is the most famous artisan and he is still working on this craft that he has inherited from his family.