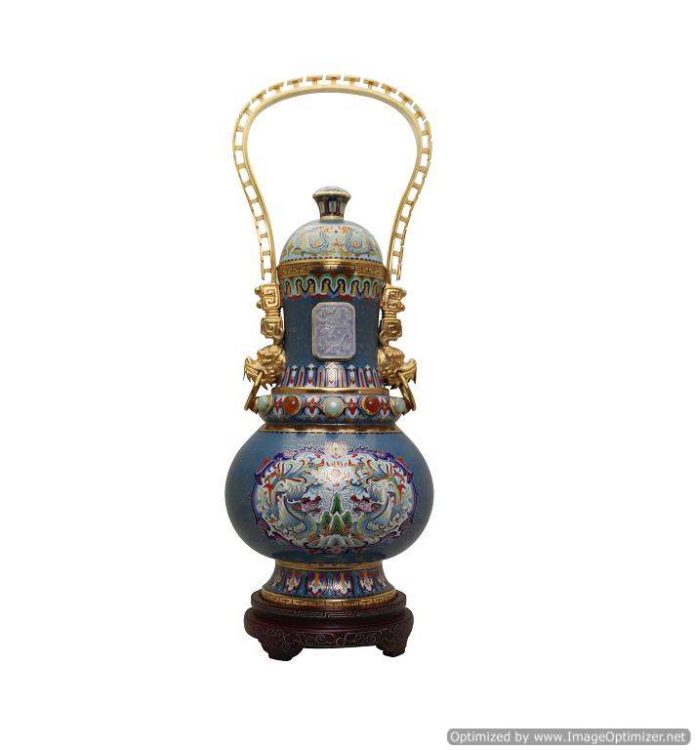 Jing Tai Lan is the most important and the most traditional artware among the enamel artwares. The process of making Jing Tai Lan is as follows. The first step is to use red copper to make a mold. Then the craftsperson will paint on the mold and then weld the copper wire on the copper mold according to the drawn pattern. Next the craftsperson will inlay glaze into the empty spaces of the pattern. Finally, Jing Tai Lan is completed after repeated enamel-firing, polishing and gilding. The technique of Jing Tai Lan uses both techniques of bronze and chinaware, with a lot of references to traditional painting sculpture skills. It is a compound craft process combined various techniques together such as metallurgy, casting, painting, ceramics, carving, engraving, hammering.

Beijing is the characteristic production place of Jing Tai Lan artwares. Beijing Enamel Factory are still producing enamelwork now. The national-level master Zhang Tonglu in Beijing is the expert of Jing Tailan works with his own studio whose works are sold at home and abroad.