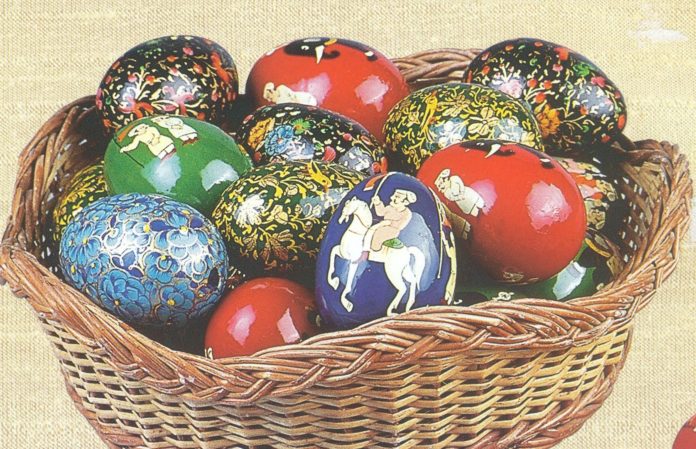 It is believed that the craft of Kar-i-qalamdani—the skill of pen craftsmanship—was introduced in Kashmir in the fifteenth century when the then King Ghiyas-ud-Din Zain-ul-Abideen invited artists from Persia to settle in Srinagar, the capital city of his kingdom. On a prepared base of papier-mâché, the artists hand-painted minute, fine arabesque style patterns, vistas and scenes. Wall-panelled interiors, ceilings, room dividers, doors, windows, palanquins and furniture, besides objects of everyday and personal use from trays, book covers and boxes were crafted in this technique in the past. The art form gained popularity overseas in the nineteenth century when the the booming trade in Kashmir shawls was packaged in specially sized kar-i-qalamdani boxes. 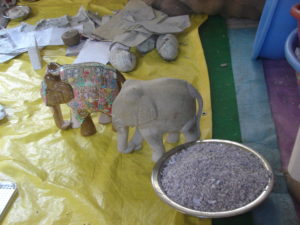 This traditional craft continues to be practiced by the Shia Muslim descendants of the Persian artists who settled in Srinagar centuries ago. Two distinct communities continue to be involved in crafting the kar-i-qalamdani—the sakht-kaz mould-makers and the artists. The first stage involves the process of papier-mâché moulding, the sakhtsazi, where the shapes of the objects are crafted by the specialist Sakht-kaz community. The finished mould is handed over to professional artists for the next stage of naqaashi or painting on the mould. The motifs continuing to be inspired by Kashmir, its flowers, leaves and fauna, its symmetric geometries, calligraphic traditions, landscapes and scenes reminiscent of royal history. The artists having names for the more popular and traditional patterns.

While the craft continues to have wide appeal the sakht-kaz mould-makers are facing difficulties, not only due to the lack of innovation in the shapes, but also the need for improved technologies of mould making and processing.