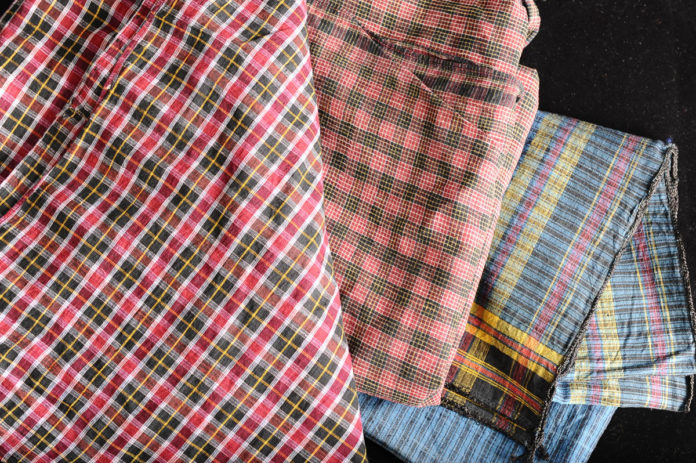 Karbafi, the art of traditional fabric weaving, is one of the most ancient methods of weaving in the textile industry. The history of textile in Iran dates back to the beginning of the Neolithic Age. In the excavation made in a cave near the Caspian Sea, pieces of fabrics woven by sheep wool and goat fur have been found which date back to 6500 B.C.

Karbafi is of the simplest woven fabrics the warp and woof of which are combined together in a wooden device. Some timbers are set up on a pit with a depth of 70 cm and often established in the porch, balcony or in the drawing-room. In this art, the weaver sits behind the pit and works with the tools installed in it, that is why it is also called “pit work”. 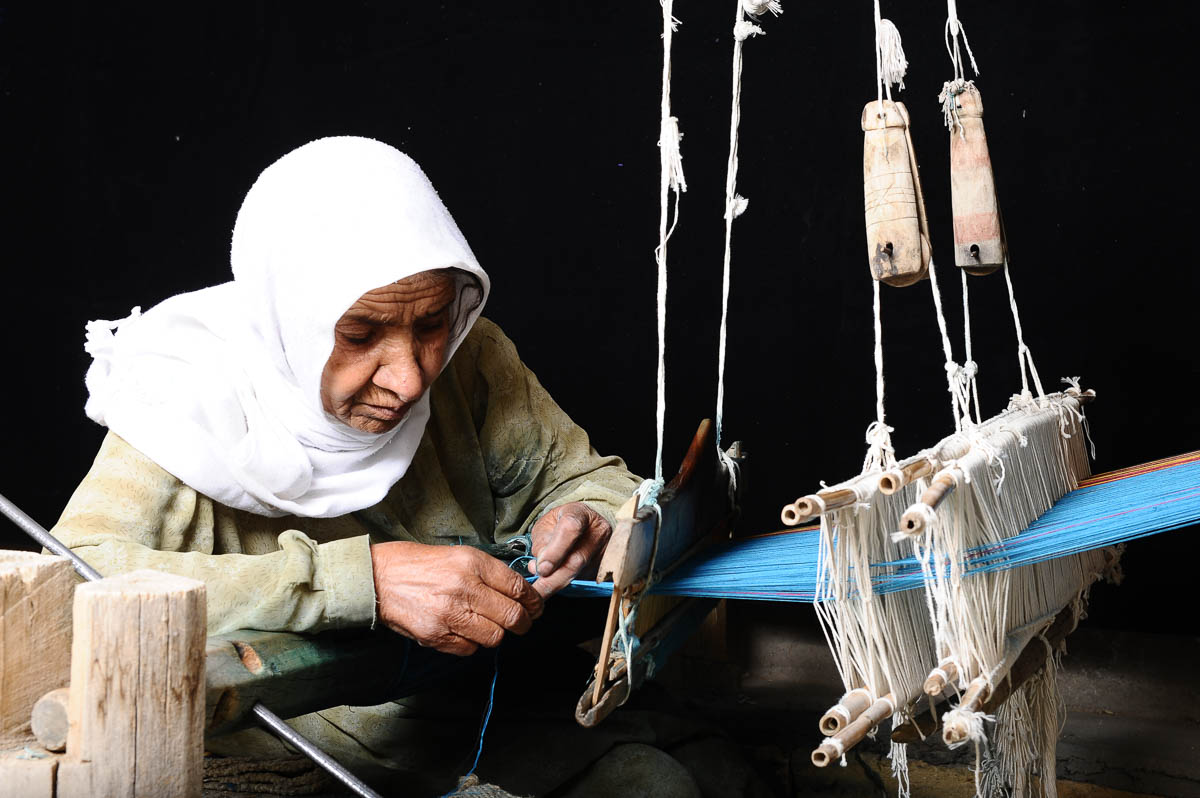 Karbafi or pit work is a kind of home industry in that caters for its own needs, and therefore of low economic value. In regions like Varzaneh of Isfahan Province the works remained from the Qajar Period prove this because there have been pits in most houses whether the houses of the ordinary people or those of the peasantry.

This art is called with different names according to the region it is woven, and is woven mostly with fibres which are more available there. For example, in Gilan and Mazandaran provinces there is a silk fabric called “wrapper” and women wrap it around their waist. Also in towns like Meibod of Yazd fabrics like a tablecloth, coverlet, wrapper, handkerchief, scarf, etc were woven and sent to other cities. In some regions of Isfahan Province like Kamo and Qahrud, Abyaneh, Aran and Bidgol and Varzaneh of Kashan this art is known as tablecloth weaving. These hand-woven articles are used as a tablecloth, wrapper, etc and are made of cotton fibres. After being spun and colored, the blown cotton is stored.

According to the people of Varzaneh, up to 30 years ago the cotton used in Karbafi has been the native cotton produced in this region, and all the process of its preparation after harvesting up to weaving stage such as cleaning, blowing, spinning and dyeing have been done by women. The width of the fabrics produced in Varzaneh is from 45-50 cm up to 90-95 cm and are presented in checkered or striped designs. Of the advantages of these woven fabrics is that they are very light and at the same time cool.