This industry was famous in Jezzine area (Lebanon) since 1770, due to the migration of families from Damascus and Aleppo, who came to work in blacksmithing (agricultural tools, knives, spoons, swords, daggers, guns, etc.).

Haddad family was one of the first families to develop the craft of knife handles, guns and swords in Jezzine replacing wood by different types of bones (camel bones), then by buffalo horns (distinctive dark color), imported mostly from Turkey and Iraq. Actually, the cutlery industry in Jezzine is now a craft in the process of extinction, as the artisans decreased in number and became relatively old, like Haddad, Habib, Jabbour, Jerjiss, Abdel Nour, Bou Rached and Shaheen families. After the decline in the production of traditional agricultural tools and the use of mechanised tractors, the craft was limited to eating utensils (spoons and knives) that are sold in the Lebanese artisanal shops for tourists, and presented as gifts for official visitors to Lebanon.

The knife handle industry is based on engraving the bone after cleaning and boiling it in preparation for manufacturing. The bone is subjected to a flame in order to mold it, file it, paint it and finally inlay it with various metals, such as copper, silver and gold.

This craft went through several development stages, including artistic (ornamentation) and technical. Plastic (cellulose acetate) was instead of bone as a cheaper alternative that is easy to mold. The original design of a bird has been maintained with some variation according to every designer, whereas other handles had the design of a fish or a goose.

This craft passes on from father to son. Samir Haddad, an eighty years old man says that he sold his first knife at the age of seven. Knives became famous and valuable when Lebanese Presidents started to offer them to their foreign counterparts upon official visits abroad as a symbol of Lebanese heritage. 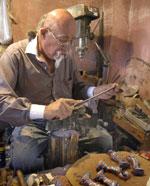 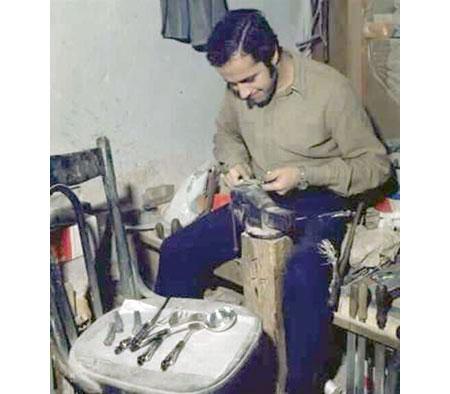 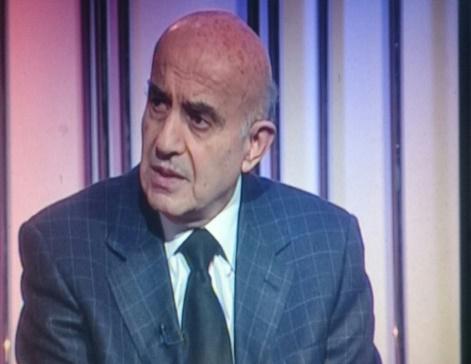