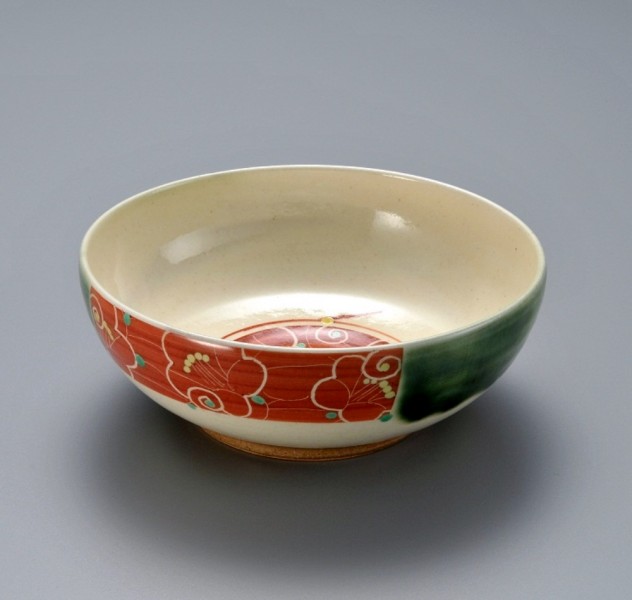 The distinctive Mashiko style of pottery developed sometime about the middle of the nineteenth century, having come under the influence of kasama-yaki. In the early days, everyday articles were made with the support of the local clan and many of the pieces found their way into the kitchens of Edo.

Shoji Hamada, who began work as a studio potter in 1924, influenced the potters living in Mashiko and the tableware and flower vases that are being made there now, have the recognizable stamp of Mashiko-yaki, with which so many people are familiar. Today, using good quality Mashiko clay, some dynamic pieces of pottery utilizing such traditional techniques as a white cosmetic dribble of glaze and brushmark slip decorations are being produced in large quantities.

Mashiko-yaki has a gentle lustre born out of a union between, among other things, glazing techniques and Mashiko clay, which boasts traditional attributes. Crockery of great variety is produced alongside such things as flower vases by 320 firms employing 338 people. Among these are no fewer than 10 government recognized Master Craftsmen whose work ensures the fame of Mashiko Yaki extends far beyond the shores of Japan.

Born of the union of traditional Mashiko clay and glazing techniques, Mashiko Yaki pottery has a soft, rustic lustre.

The clay used for Mashiko-yaki pottery is shaped using a pottery wheel, mould or by hand moulding. After the clay is shaped, it is decorated by brushing on white mud, creating a pattern that takes advantage of the contrast between the white mud and underlying clay by the brush marks, or by carving patterns using an s-shaped plane. Pictures are then painted using celadon blue, iron paints which can produce a colour from black to brown, or copper paints. Mashiko-yaki pottery also uses a wide variety of glazes. Glazes such as persimmon glaze, straw ash, tree ash, or white glaze made from rice husk ash impart a special character to the pottery.