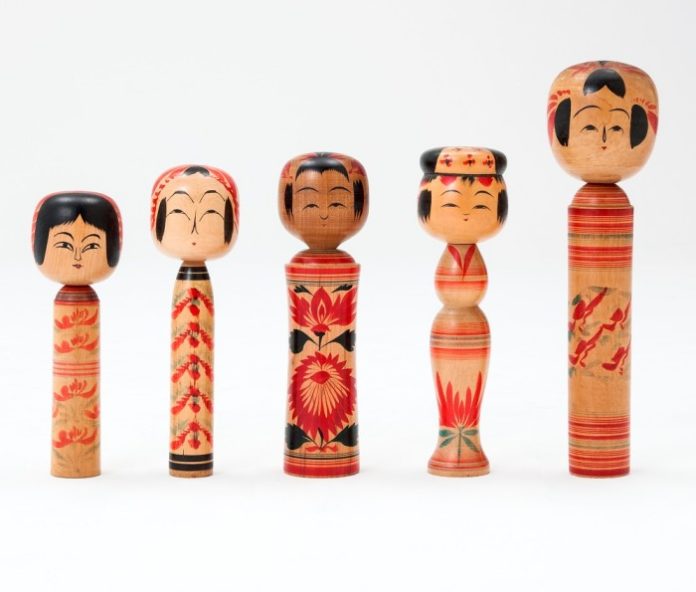 It is said that these dolls were made to sell to people visiting the hot springs in the north east of the country from the middle of the Edo period (1600-1868). Five kinds of traditional dolls are produced in Miyagi Prefecture itself, namely naruko kokeshi, sakunami kokeshi, toogatta kokeshi, yajiro kokeshi, and hijiori kokeshi.

These appealing dolls, with their extremely simplified form comprising only a head and body, have a charm and beauty all their own, given to them by creators, who are both honest and innocent, working surrounded by the natural beauty of the mountain villages in this area of Japan.

Miyagi dento kokeshi dolls are comprised of only a head and body. First, the bark is peeled from the wood which will serve as the material of the dolls. Dogwood or maple is often used. Then the wood is dried for 6 to 12 months. After it is dried, the wood is then cut according to the design, removing unnecessary parts. The wood is then turned on a spinning lathe to carve the body and head, after which the pieces are smoothed with sandpaper or scouring rushes. The design of the head and body are then painted onto the corresponding pieces, and finally the head is attached to the body by tapping it on with a hammer.