Mother-of-pearl inlay is regarded as a high art in Thailand. This unique craft has been practised for more than four centuries. It is a craft that requires great skill and patience. The challenge is in carving the shiny mother-of-pearl into small pieces and inlaying them on objects or a structure made of light materials such as rattan and bamboo, using lacquer as an adhesive. After the lacquer is dried, the work is polished with sandpaper to smooth the design and create shine.

Jukkit Suksawat of Lamphun, a well-known artisan in this technique. 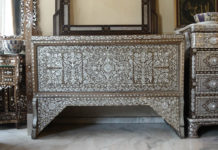 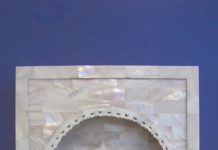