Carpet weaving is a traditional Lebanese craft with quite an unknown history. Widely spread in several villages, especially among the Bedouins (Laqlouq Bedouins in particular), this craft has historically passed on from one village to another through internal migration and intermarriages.

Vertical looms are used for rug weaving, while the knotting technique is adopted for carpets. The raw materials vary from wool to cotton, or goat hair.

In the 1960s, the Social Welfare Department aimed to achieve economic empowerment of rural women through the revitalization of rugs and carpets weaving industry. So, it established in some villages, like Tikrit, Fakha and Arsal, specialized weaving ateliers. The Ministry of Social Affairs follows the same path, but the activity of these centers is affected by the security situation and the commitment of their managers.

Some development associations tried to follow the same track in the process of empowerment of women in the southern villages, but these attempts remained insufficient on the production level.

Carpet and rug weaving has seen the emergence of designers that have broken the tradition by implementing new designs. This includes Laila El-Habr (a professor at the Fine Arts Institute at the Lebanese University) who introduced carpets and wall rugs weaving using Arabic calligraphy. 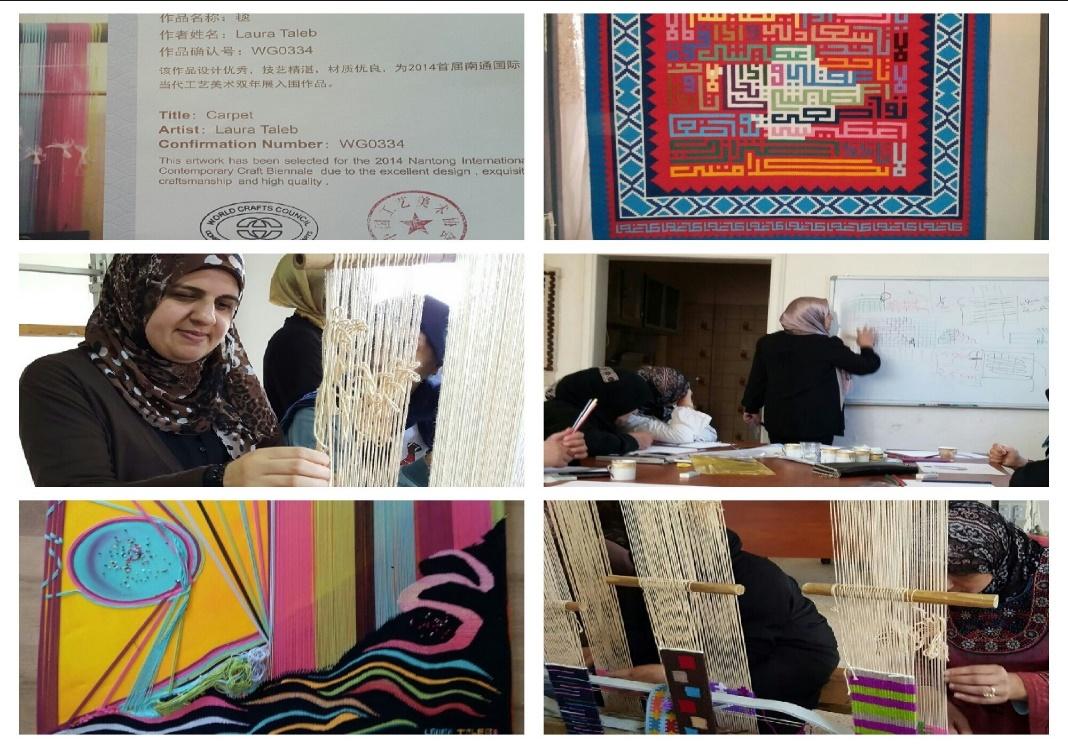 Laura Taleb at her atelier training young women. Pictures of her work and a Certificate of Appreciation obtained during a handicraft fair in China 2014.