Nielloware had been used since Ayutthaya was the Thai capital, when Portuguese merchants came to make trade in the kingdom. It is believed that the tradition could be home grown or could have come from India, Iran or Greece by the Portuguese around 1518.

In the Bangkok period, nielloware was considered for royal use and tributes. It was highly popular in the royal court. Nakhon Si Thammarat nielloware is black and has great shine with fine handmade patterns made by hammering. The application of this technique can be recognized by the patterns seen inside. If the patterns are made by acid, the inside has no patterns. Today, the use of machines might be applied in some processes. For example, namo ring is moulded.

Another distinct characteristic of Nakhon Si Thammarat nielloware is the niello that is shiny black. The development of skills in the past was a result of competition among craftsmen in Nakhon Si Thammarat. Nielloware items from Nakhon Si Thammarat include rings, bracelets, lockets, knives, betel nut containers, khan phan rong (a bowl on top of a tray with pedestal), boxes, snuff boxes, tobacco cases and swords.

Nowadays, the craft of nielloware is hard to find, as the prices of gold and silver are high and the making process takes a long time and great skills. Recognising the value of this craft, H.M.Queen Sirikit has ordered nielloware masters from Nakhon Si Thammarat to teach at the Special Folk Arts and Crafts Centre – Chitralada Palace. 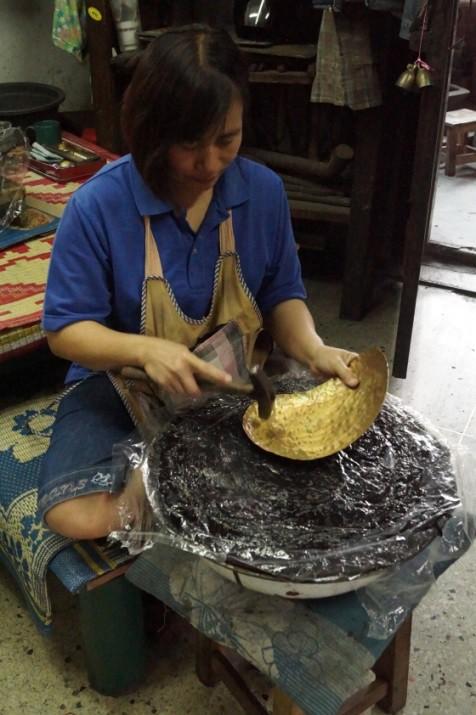 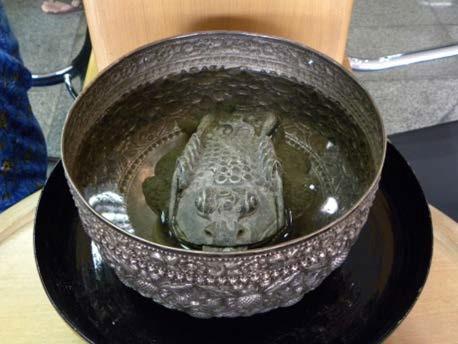 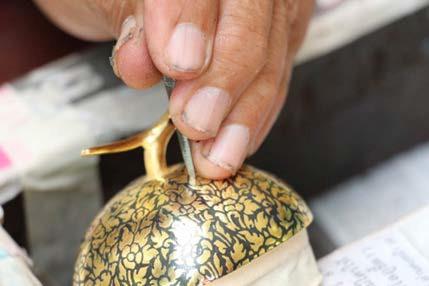