Because of these palaces, traditional craftsmen were gathered in Phetchaburi and high arts from the royal court were introduced to this province, bringing forth a school of Phetchaburi goldwork that produces gold ornaments and utensils that mix the court tradition with a local flair.

Phetchaburi goldwork is a national cultural heritage that is passed down for generations and bears distinctive designs.

One of the most famous goldsmiths of Petchaburi Provice is Mrs.Nueng Phaengsikham who was awarded as a Thai National Artist by Ministry of Culture, Thailand. Her Petchaburi goldwork became widely known throughout the world. After she passed away in 2015, young Petchaburi goldsmiths have been supported and encouraged to continue their craftsmanship and skill. 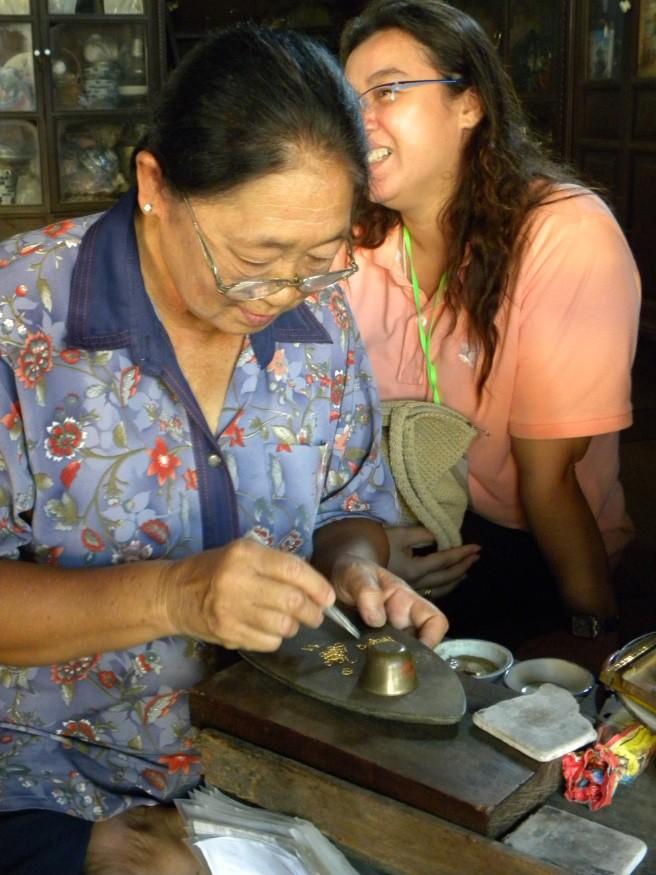