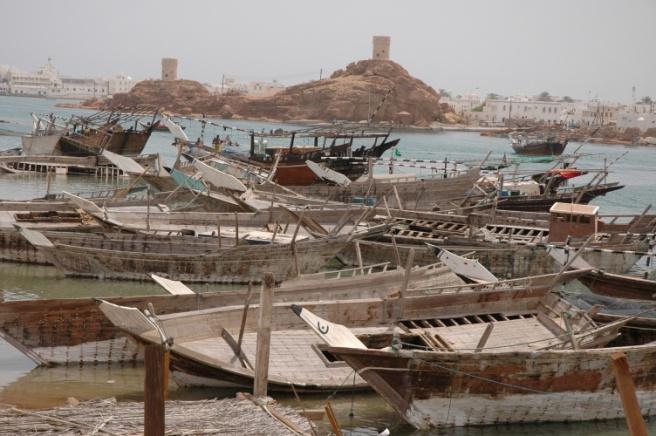 With a coastline extending to over 1700 km, the ancient Majan “Oman” was a maritime civilization with highly skilled individuals in navigation and shipbuilding (Abdul Aziz Saleh: 1980:479). Its ships which are similar to Chinese ships that participated in the trade of the far East at that time. In Omani boats, planks were sewn together without using nails, and it is still used in Omani waters. Ships have played a major role in the Omanis’ ability to sail to the eastern and western hemispheres and stay in touch with the civilizations of the ancient world. There are different kinds of wood used in making the Omani ships such as al qart (Acacia nilotica), al sidr (Ziziphus spina-christi) and al ssmur tree (Acacia tortilis) which grows in the Sultanate, in addition to other kinds of wood imported from India or Somalia, such as alsaj (Tectona spp.) and abinaitig (teak). (Public Authority of Crafts Industries: 2014:112)

Omani ships are well known by their various types and shapes, and the Omanis differentiate between different kinds of these ships. Wilayat Sur (a port city on Oman’s eastern tip) was one of the most famous cities overlooking the Indian Ocean to manufacture ships. Shipbuilding also flourishes in other Wilayat and regions, such as Sohar and Saham (a coastal town in the Al Batinah Region, in northeastern Oman) in Albtinah region, in the Governorate of Musandam, the Governorate of Dhofar and other places on the country’s coast. (Public Authority of Crafts industries: 2014:113)

In Sur alone, there are many shipbuilding workshops owned by the private sector, besides one owned by the public sector (the Ministry of Heritage and Culture), which makes different miniature models of the well-known types of Omani ships (Fathi Abd Alaziz Alhaddad: 2008:109). 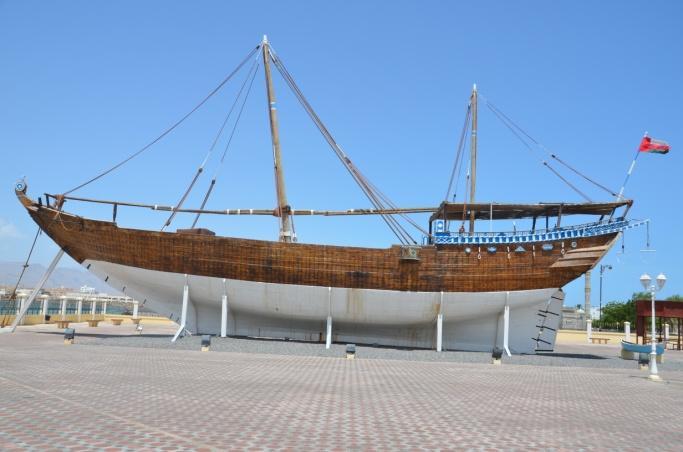 The most famous type of ship in Sur Province is the Al Ghanja1, which takes one whole year to build due to the time spent on the decorative drawing and inscriptions that cover its front part. This type of ship is distinguished for its luxury. Its net load is between 150 and 300 tons, and its length is between 75 and 120 ft. It is used for carrying goods and traders across oceans. Currently, this type of ship is built only by orders due to its very high cost. Among the other famous ships is the Sambouq2, the building of which takes about one year, besides Al badan3 which takes about six months to build, and al shuae4 of large, medium and small sizes that takes about six months to complete. Also, the big ocean sailing vessels, called boom5, which had a cargo capacity up to 500 tons, were still in use up until the 1970s. (Public Authority of Crafts industries :2014:117)

Today, only fishing boats are produced by craftsmen in Sur which takes almost three to six months; all other types of ships have been replaced by fiberglass. 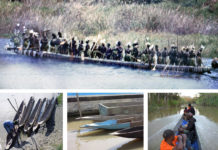 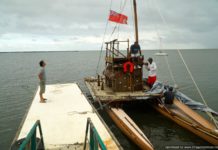