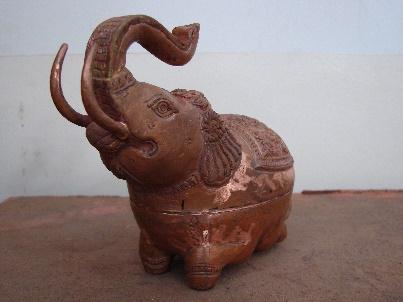 Use of silverware dates back to Cambodia’s ancient times, as can attest the account of Zhou Daguan, a Chinese missionary who visited the Khmer Empire during the Angkor era, reporting that “every person dining in the houses of nobles or rich folk [was] given silver plates.” Silver was often crafted into diverse items that were used on a daily basis such as jewelry, utensils, ornaments and religious objects.

As the quality of utensils and other ornaments usually reflected the social status and wealth of users, the same object could exist in very different materials according to the household where it belonged. For example, traditional boxes dedicated to store betel leaves were often made in silver in the homes of Cambodian elites—betel sets in gold were reserved for the King and the Royal Palace—whereas most of the population used boxes made of brass and copper.

The combination of copper and silver has become a traditional craft in Cambodia. It is mostly used to make small lidded-boxes that feature various shapes such as fruits, animals or geometrical shapes. They also are generally ornamented with typical floral motifs or with famous scenes of the Ramayana. The animal-shaped boxes generally represent one of the twelve Asian zodiac animals, mythical animals or typical fauna of Cambodia.

Overview of the step-by-step process of hand production of an animal box made of silver plated copper:

The copper leaves are first cleaned with an acid solution to prevent the material to cause itches to the craftsman. An animal box being made of two parts—upper and bottom—two copper leaves are first molded into the fire. The copperleaf of the upper part is cut and pounded until it gets the overall shape of an animal’s head and back. The leaf of the bottom part is cut as a cross shape that is folded up and pounded to resemble the animal’s stomach and feet. The craftsman has to make sure that the upper and bottom parts fit together perfectly. 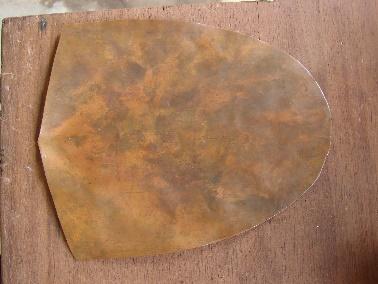 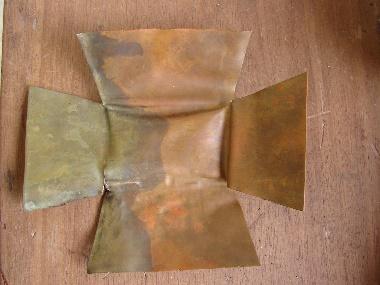 To avoid damaging the overall shape when carving, the craftsman oils the interior of each part and fills them up with gum. Both parts are assembled into a box thanks to the gum, and can then be finely carved and embossed.

The main technique used by silversmiths for silver crafting is called “repoussé and chasing” as it consists in ornamenting or shaping a malleable metal by hammering from the reverse side in order to create the requested design in low relief. Silver plating also necessitates annealing, hammering and raising.

Taking out the gum requires to melt it down into fire. After this operation, the box is dipped into an acid solution for cleaning purposes. 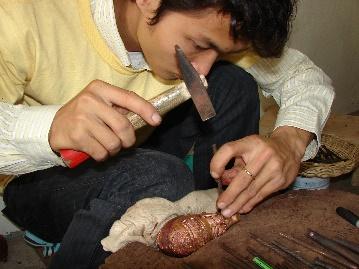 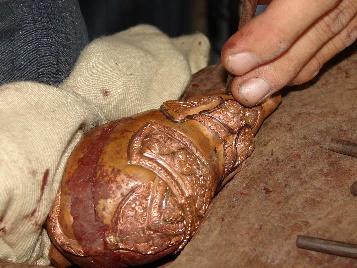 Small elements, such as an elephant’s trunk and tail, are so fragile that they have to be carved and polished separately from the main body of the box. There are glued to the box at the end of the carving step. The completed box is then dried under direct sunlight. 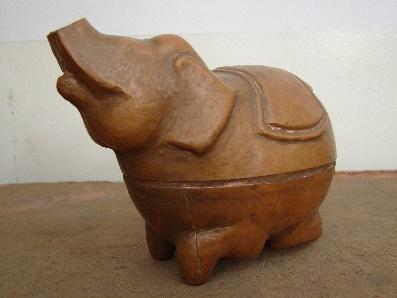 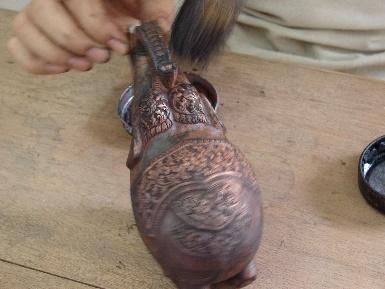 Giving the box its silver and shiny aspect requires soaking inan acid solution during 30 minutes to thoroughly clean it. It is then brushed using soapy water to prepare the surface to be silver plated. The box is then dipped into a silver bath, which gives it its final silver characteristic. 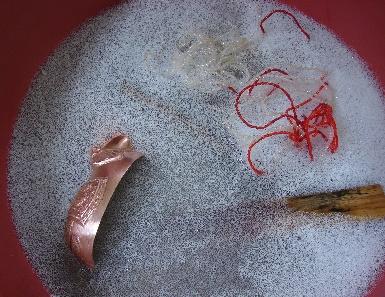 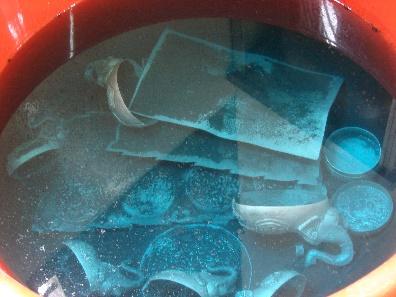 Nowadays, apart from some local handicraft companies, only a few families of silversmiths perpetuate this ancestral skill in Cambodia. Historically, the villages of Koh Anlong Chen (‘Chinese Island’ in Khmer) and Kampong Luong, both located on the Tonle Sap river, were renowned for their skilled copper artisans. Nowadays, most of these craftsmen have moved to Siem Reap to sell their works to souvenir shops. The largest handicrafts company in Cambodia, Artisans Angkor, also revitalized this expertise in 2007 and trained dozens of artisans in this skill since then. 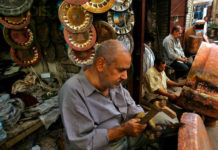 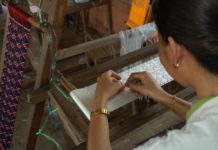