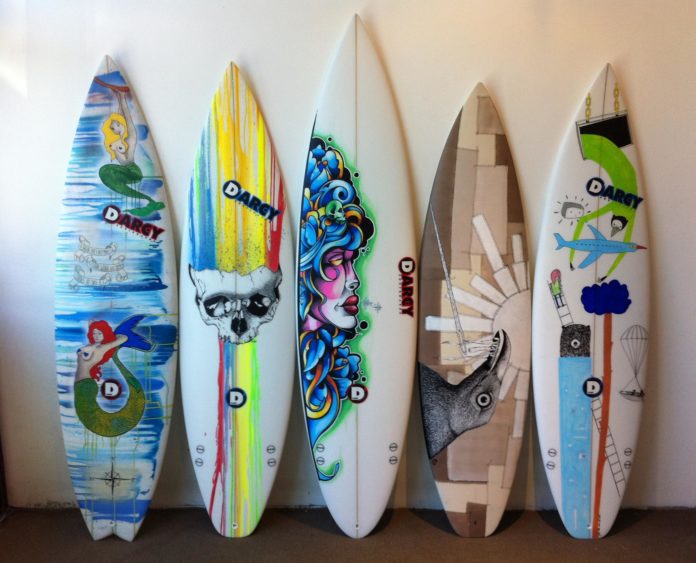 Crafting specialised surfboards for wave-riding is a Hawaiian practice dating to around 800AD. In Australia, recreational surfing began in the early twentieth-century, initially focused in Sydney and south-east Queensland, before spreading nationally. The first surfboards used in Australia were transported from Waikīkī by returning tourists such as Tommy Walker and Charlie Paterson. An Australian surfboard-making scene emerged after the visit of Hawaiian Duke Kahanamoku in 1914-15. Kahanamoku sourced Australian pinewood and made several surfboards to provide surfing demonstrations with. A first generation of Australian surfboard-makers adopted the hand planing methods and materials shown to them by Kahamamoku. For two decades Australian surfers made their boards following the rough shape of the Hawaiian alaia (ah-LA-I-ah) design: blunt nosed, flat decked boards, with rounded rails tapering to a square-profiled tail. The surfboards were referred to as “planks” in Australia, made from a single piece of cedar, mahogany or similar hardwood and weighed up to 60kg. 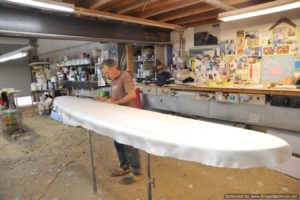 As surfing became more popular in the mid-1950s, Australian surfboard-making transitioned from an informal, Do-It-Yourself scene into a paid profession. A fledgling industry was transformed in 1956 when Californian surfers Greg Noll, Bob Burnside and Tommy Zahn brought their Malibu design balsa wood boards to Australia. Local surfers/makers sourced their own balsa and a cluster of surfboard workshops soon opened in a light industrial estate in Brookvale, Sydney. Most surfboards were custom made to suit an individual surfer and the local waves they rode. Workshops included retail showrooms to sell generic models. Key early Australian makers included Barry Bennett, Bill Wallace, Gordon Woods and Scott Dillon.

Australian surfboard-makers became internationally prominent from the mid-1960s. Polyurethane foam replaced timber and over the next three decades a succession of Australian surfboard-makers such as Bernard “Midget” Farrelly, Bob McTavish, Geoff McCoy and Simon Anderson, contributed significant innovations, such as the high performance “short-board” template and “three-fin thruster”.

Borrowing from Hawaiian antecedents, Australian surfboard-making involves two specialist tasks. Shapers set the design of a board, hand plane and sand the chosen material to a finished shape. Glassers coat each shaped board with fibreglass cloth and resin, carefully sanding to achieve a smooth, waterproof finish. However, in the 1990s automated technologies (e.g. computer-numerical control machines and Computer-aided design) began being used in the industry, altering traditional hand-shaping practices. While most surfboard workshops in Australia now utilise automated technology, hand shaping co-exists and remains practiced. Nevertheless because many master hand-shapers are ageing and no formal skills training or qualifications exist, there is potential for surfboard-making skills and craft knowledge to be lost. For quality Australian made surfboards see for example: D’Arcy Surfboards, Corey Graham Shapes and Skipp Surfboards. 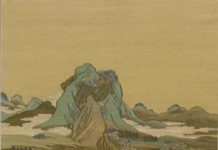 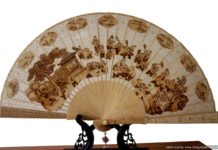 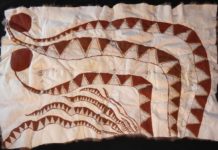