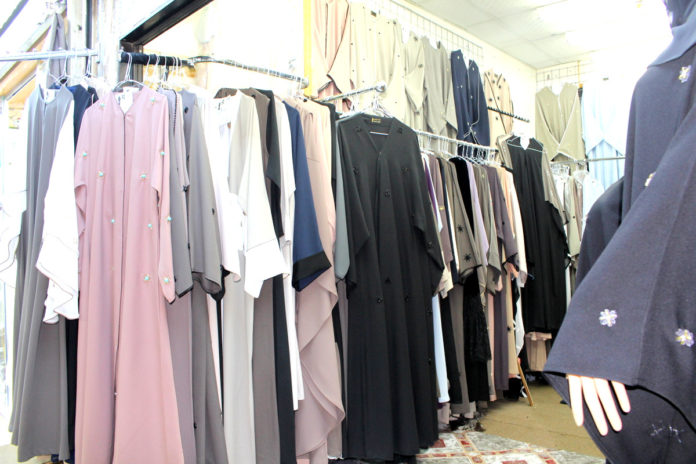 Traditionally, tailoring male and female dresses was mainly conducted by women. After finishing housekeeping, some experienced wives, mothers and daughters would sew dresses for themselves as well as their family members. Other women did the same job for money to make a living. Only two males were known in Kuwait to tailor men’s outfits. Those tailors came from Al-Asfoory and Al-Khayat Al-Bahrani families, and that was during the first few years of the twentieth century. All tailoring work during that time was done by simple hand tools like needles, pairs of scissors, and rulers. 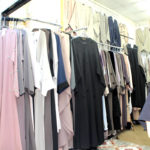 While the male dishtasha robe is common in gulf countries, Kuwait has a unique collar style. 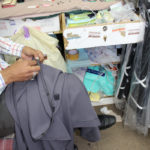 Currently the majority of male and female dress tailors are men. They no longer sew clothes with hand needles or manual machines, but they tailor with more sophisticated electrical machines. Some of the tailors work in their shops, yet, many work at home especially for tailoring women’s dresses. Tailors are found in different group locations in Kuwait, especially close to men and women fabric stores. The cost of hand tailoring male and female dresses cost more when done by hand.

Special occasions’ men and women outfits are often done ahead of time and they cost more. Also, tailoring winter outfits may cost little more than summer outfits due to the difference in thickness in the fabrics. More tailors are found to produce modern and western outfits due to the increase of foreign population in Kuwait.

Jamal, Mohamad A. (2009) The Old Crafts, Trades, and Commercial Activities in Kuwait. Center for Research and Studies on Kuwait. Kuwait.