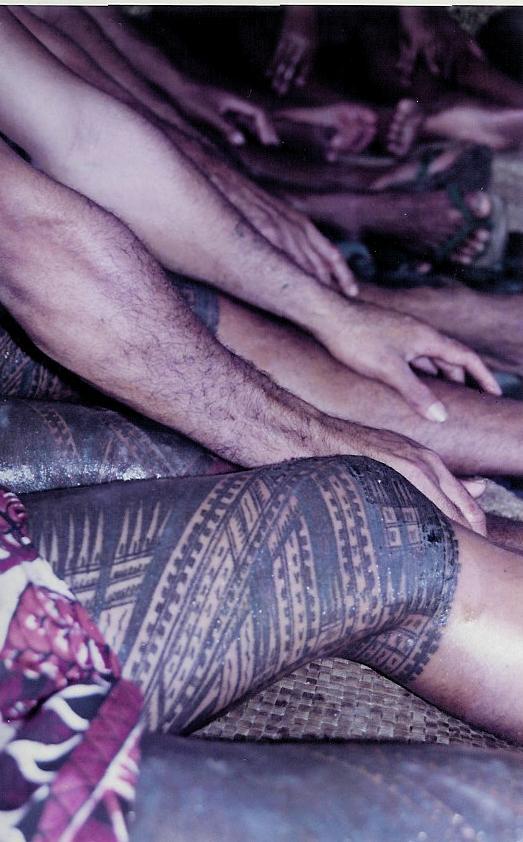 The method of Samoan tattooing has changed little over the centuries, although it is now being performed outside of Samoa and is sometimes being performed on non-Samoans. The tufuga ta tatau (the tattooist) is a highly regarded individual in Samoan society and the tradition is largely handed down in families and from father to son. Today Samoan tattooists travel the globe widely satisfying customers in New Zealand, Australia, the USA and attending Tattoo Conventions worldwide.

It has always been customary for the individual about to have a pe’a (tattoo) to have a partner (so’o); it would be considered bad luck to go through the process alone. The aiga or extended family is responsible for feeding the tufuga ta tatau and his helpers throughout the tattooing process. The aiga also prepares the exchange of customary goods, including fine mats, tapa, and pigs, at the ceremony marking the completion of the tattoos. Today, most tattooists prefer a monetary exchange, although there will be exchanges of customary gifts at the final ceremony.

Samoan tattooing tools comprise of a rake-like tool (au) and a hitting stick made from native hardwood (sausau) that is the length of the forearm. These instruments were made of either pig or human bone and carved finely to resemble fine combs that are lashed to a small wooden handle. Today, the same tools are used, but the teeth on the combs is made from Perspex. Previously, the tools were washed with soap and water, but today most tattooist have methods of sterilising their equipment.

The method of marking the skin remains unchanged. The individual being tattooed lies down on a woven mat. The tattooist sits cross-legged at his side while the two assistants hold the skin taut either side of the recipient. The tattooist dips the au into the ink then rhythmically taps the au with the sausau to penetrate the skin. The pigment used to apply colour was made from burnt lama or candle-nut, and today some tattooists will use tattooing black ink, such as “Suluape Black” named after a Samoan Guild family Sua Suluape.

The assistants wipe the blood and excess ink off the skin throughout the process. This procedure continues until the tattoo is completed.  The length of time for doing the tattoo can be varied to suit the strength and timetable of the recipient. The process may be daily for up to four hours per individual, or sometimes times it can take weeks if the recipient found it too painful or the skin was too inflamed, or has to work during the week. For the female receiving the malu, the process can be completed in one day as it takes normally four to six hours to complete both thighs.

Throughout the process the recipients are supported and encouraged by their family with songs and after each day they will wash in the sea to clean and rub the skin. Upon completion, the ceremony involves thanking the tattooist and blesses both the male and female recipients.

Today Samoan tattooing is extremely popular within Samoa and abroad where Samoans live. The art of tattooing never died in Samoa and was always linked to a sense of pride and identity and and now more than ever as Samoan travel and live in other countries the desire to have tattoos reaffirms links to Samoan culture and values. 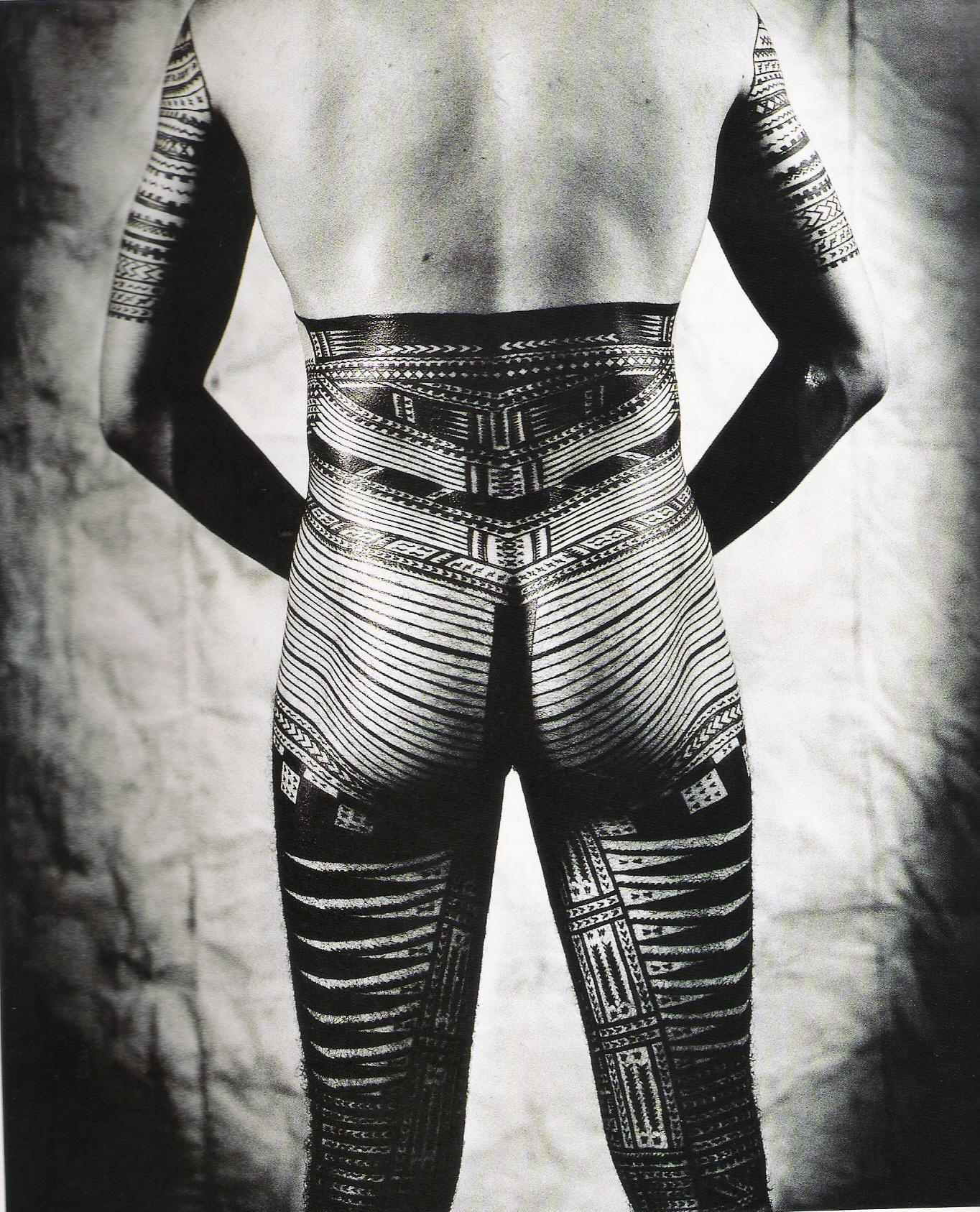 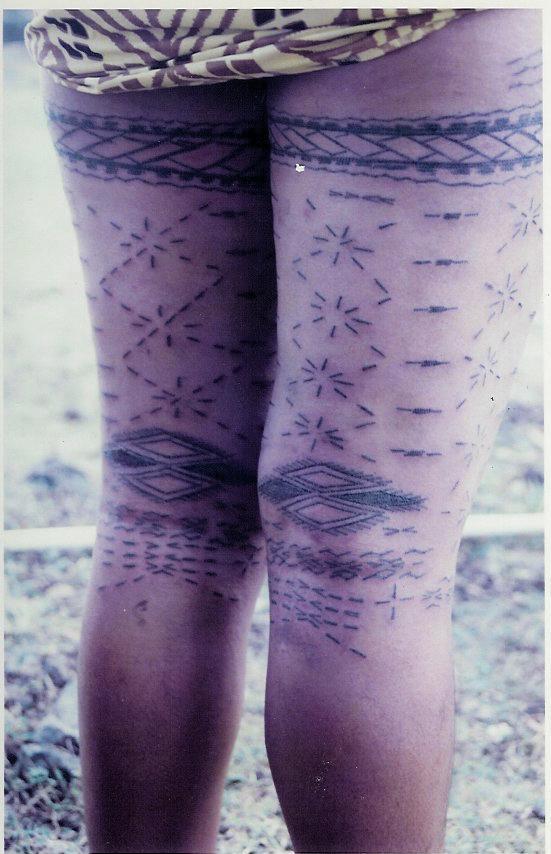 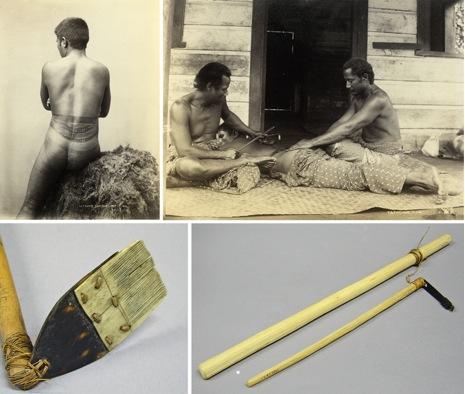 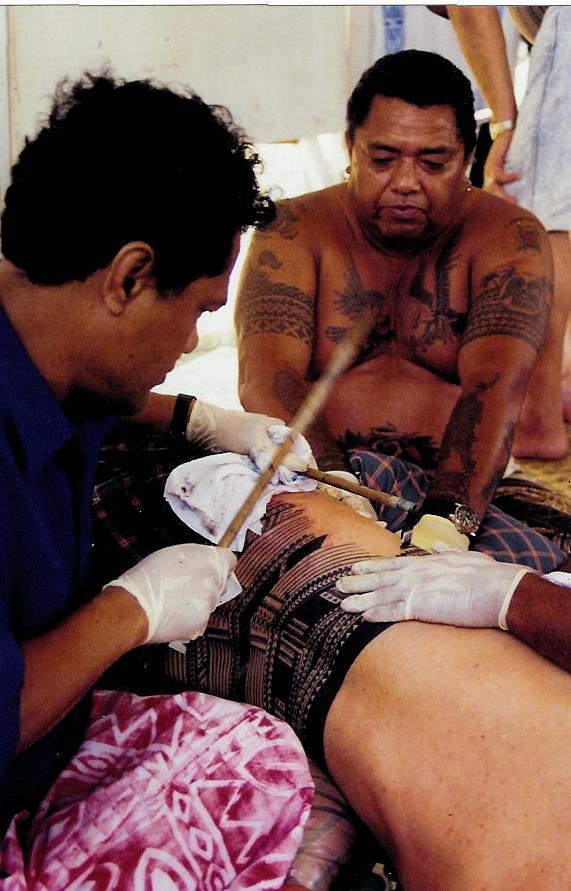 Men at completion of tattoo – the ceremony. Photograph Vanya Taule’alo 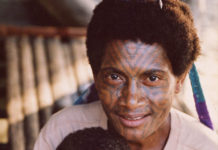