Textiles have been known as a traditional craft in Palestine since the thirteenth century. They are of two types: Majdalawi textiles and the yarning textile. The majdalowi textile originated from the Palestinian village of al-Majdal in the southern part of Palestine, not far from Gaza. It is woven by a male weaver on single treadle loom, using black and indigo cotton threads combined with fuchsia and turquoise silk thread. 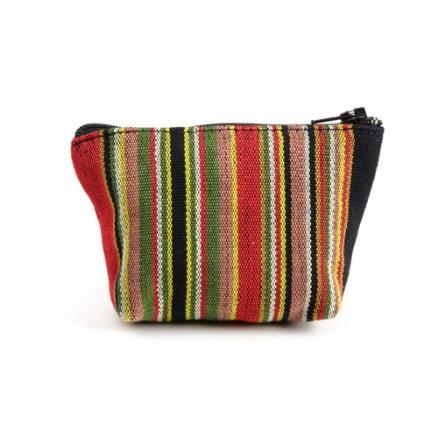 Gaza also was famous as a centre for fine silk production known as gazzatum. This fabric later gave its name to be loose weave fabric known today as “gauze”.

The yarning textile or the Bedouin weaving is made from sheep wool, goat and camel hairs. The wool is first cut and washed, then loosened and yarned. Then natural dyes of many colours are dissolved in boiling water. Afterwards, the yarns are left to soak. Once the yarns cool down, they are woven by using ground loom to make fabrics.

This industry was largely practiced in the city of Hebron, 30km south of Jerusalem, where there was a market of fabric (souq al-Ghazel). The market played an important role in fulfilling the basic needs for people. The main product of this craft in the mizwada (haversack). They were either burgundy or green colours for women, whereas they were in burgundy colour with a white band on the sides for men.

Another product in this industry “hair sack” made of goat pelt (mikhla), which is used as ba ag to drain liquids. There are also saddlebags for donkeys and mules; kanaf, which used both to store bread and to sow seeds after ploughing; and the firda, often made of beige and black threads, and used on a camel’s back to carry the bride’s belongings at her wedding. This craft no longer exists in its traditional form. Machines are now topically used to transform raw materials and semi-finished products imported from abroad. However, there are still women in neighbouring villages—especially As-sammoua—who use traditional techniques and sell their products in the city, where there are a few shops specializing in those items. Some of these shops are in the old city. 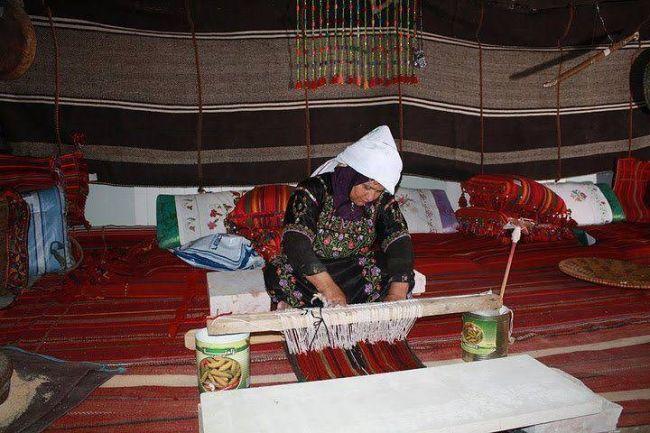