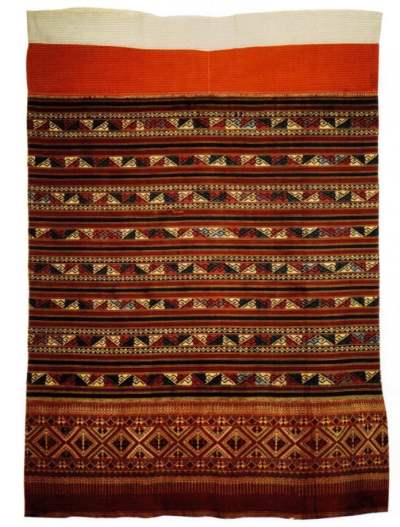 In villages and towns, weaving has existed throughout Thailand since ancient times. Through overseas trade, import of cheap textiles of exotic beauty was made easy from the Ayutthaya to Bangkok periods, while the Bowring Treaty with Britain in 1855 further increased the importation. In the reign of King Rama V, textile imports were found to rise year after year, prompting the king to order a revival of sericulture and Thai textiles to reduce the country’s spending on imports. In 1909, he established the Department of Sericulture as well as the School of Sericulture. The latter was located at the Sra Prathum Palace in Bangkok and later branched out to Nakhon Si Thammarat and Buri Ram provinces.

On 2 December 1955, Her Majesty Queen Sirikit established the Foundation of the Promotion of Supplementary Occupations and Related Techniques, known in short as SUPPORT, to promote the weaving activity of rural villagers. Moreover, she led in the use of traditional Thai textiles in daily life and at royal ceremonies while promoting them when travelling abroad. Age-old patterns passed down for generations have been collected for preservation and study. Today, traditional textiles across Thailand have been revived and developed, and have been widely encouraged for wear in everyday life.

Following are the distinct qualities of traditional weaving in different regions of Thailand.

In the North of Thailand among the Lan Na culture, yok dok (patterns made in the weave without adding supplementary yarns) silk brocade and silk pha sin (tube skirt) with tin chok (hem band woven with a discontinuous supplementary weft technique) woven with gold and silver thread were well known among the northern high-ranking royalty, who trained female villagers in various localities, such as in Chiang Mai and Lamphun provinces, how to weave them. This has stimulated the weaving industry in various villages.

In central Thailand, the Tai Yuan and Tai Lao people have settled in several provinces. The Thai Lao people consist of various groups, including the Phuan, Song and Phu Tai people, all of whom have a women’s weaving culture employing the techniques of khit (a technique of continuous supplementary weft) and tin chok to create patterns on textiles for wearing on various occasions.

In the North-eastern region of Thailand, or Isan, Thai people of Lao ancestry constitute the majority of the population, living in many provinces across the region. Their weaving culture, also a women’s tradition, has been preserved for generations in most communities. Each group has developed their own unique techniques and patterns, particularly mat mi (Thai ikat), khit and hang krarok (cloth woven with a twisted, two coloured yarn in the weft).

In the South, many famed weaving communities still exist, especially those known for yok din ngern din thong (weaving with gold and silver threads), a technique presumably influenced by the Muslims. Some of these communities can be found in Songkhla, Nakhon Si Thammarat and Surat Thani provinces. 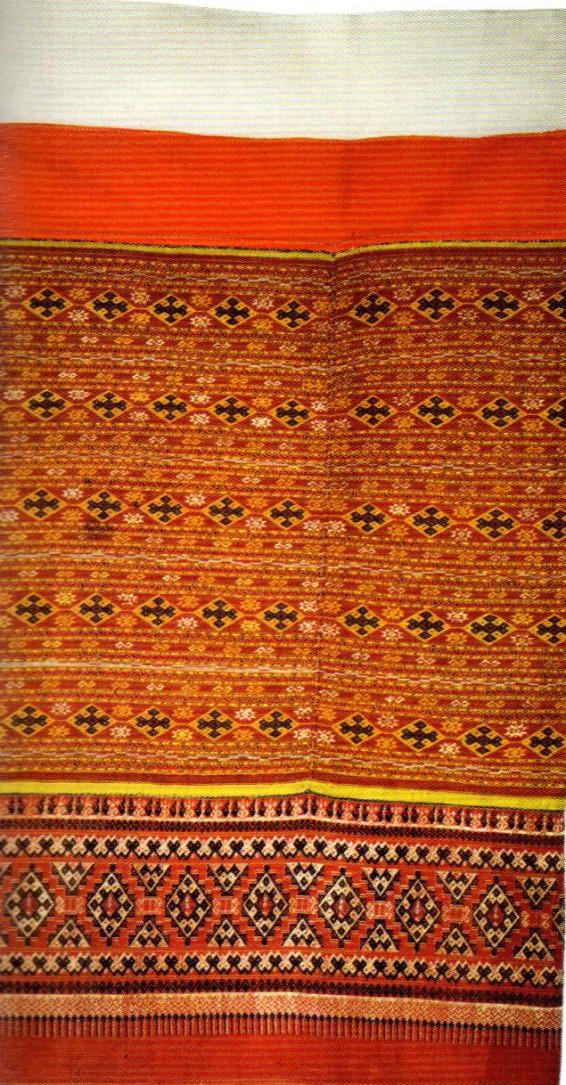 The Siam society under Royal Patronage (2009).The Through Woven Heritage the Textiles of Thailand : An Exhibition of Cultural fascination and beauty.