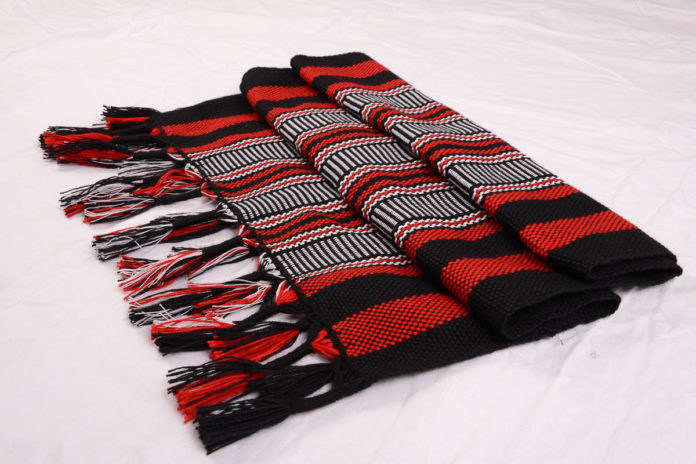 Archaeologists indicated that ancient Omanis used fabrics, which were discovered in the form of weaving tools made from animal ribs and silk threads. The Omani fabrics, such as the Omani wizar and garments were well known in the first Islamic period, when the Omani garment reached as far as the Al hijaz. The spinning and weaving industry is one of the oldest and most famous industries in Oman, as Oman exported to East Africa and the countries of the Arabian Peninsula. This craft is evidence that the Omanis follow their traditional heritage as their daily life is dominated by traditional fabrics and tools. (Public Authority of Crafts industries: 2014:154)

In Oman, the majority of spinning fibre is taken directly from nature; more specifically, from animals or vegetables. Most of the animal fibres used by Bedouins and shepherds come from sheep, goats and camels. These animals thrive in the dry hilly environment of the country as well as up in the mountains. Each of these animal fibres has its own particular aesthetic and importance for the Omani weavers. The weavers have been using this raw material to provide for many of their basic needs such as tents, rugs to use inside their tents, covers for themselves as well as their animals, domestic utensils and trappings for camels and donkeys, which were the means of transport. (Al Zadjali, Zahra: 2009:47)

The women of the Wahiba Sands (Sharqiya Sands, a region of desert in Oman named for the Bani Wahiba tribe with a boundary of 180 kilometres north to south and 80 kilometres east to west, with an area of 12,500 square kilometres) are among the finest weavers and spinners in Arabia. Using only hand-held spindles and traditional ground looms, they produce a distinctive range of rugs, saddle bags, and camel trappings. Shepherds living high in the mountains (Jebels) of the Western Hajar Mountains (hajar means “stone” or “rock”) produce donkey rugs, saddlebags, and other trappings using sheep wool and a natural range of colours.

Al Zadjali, Zahra. 2009. The Investigation of Hand Woven Products And Motifs In The Sultanate Of Oman In Order To Rejuvenate A Local Market. Unpublished PhD thesis. Heriot-Watt University, UK.