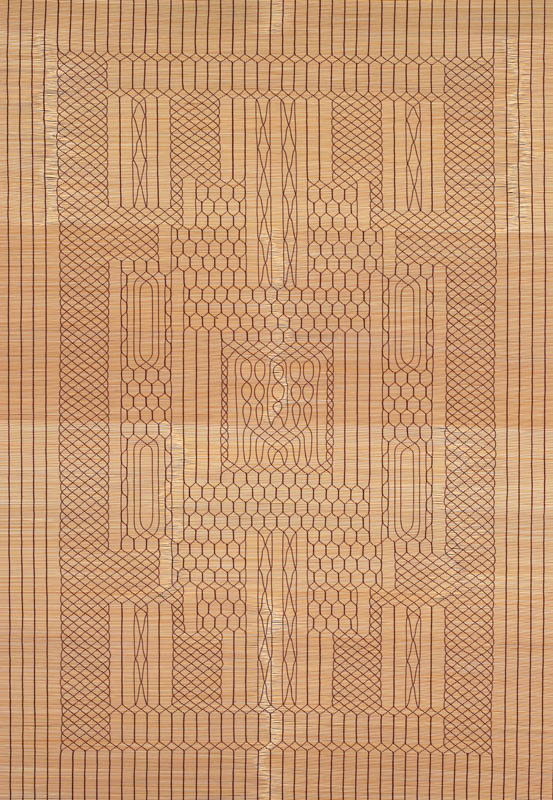 Yeomjang refers to the skill of making bal, a traditional blind, and an essential and popular article used in traditional Korean houses. Bal prevented the rays of the sun from entering a house in summer and also provided a necessary degree of privacy from prying eyes. Yeomjang also refers to the craftsperson who makes them.

The materials used to make bal include bamboo, reeds, and gyeoreup (peeled hemp stalk). Sinudae (bamboo) is acquired in November and December, with three-year old material regarded as the best. Bal are made using sinudae that have been left out in the sunlight and dew for two months.

They were made in various sizes, ranging from small ones to block palanquin doors and large ones to cover doorways. Bamboo blinds in particular took a lot of time and effort to make, so much so that the hands were said to have had to accomplish 10,000 steps.

Yeomjang is mainly produced in Damyang of Jeonnam and in Tongyeong of Gyeongnam. Jo Daeyong is a fourth generation Yeomjang. His great-grandfather started making blinds in 1856. Jo Daeyong’s innovation is to use the net design as a way of adding more elaborate forms. He weaves different characters into his work, such as dae-han-min-guk (South Korea), bu-gui-da-am (wealth, honour, many sons) and su-bok-gang-nyeong (long life, happiness, peace). In 2011, Jo Daeyong recreated 100 blinds for the Yongmyo Shrine.

In 2001, Yeomjang was recognised as Important Cultural Property No. 114.