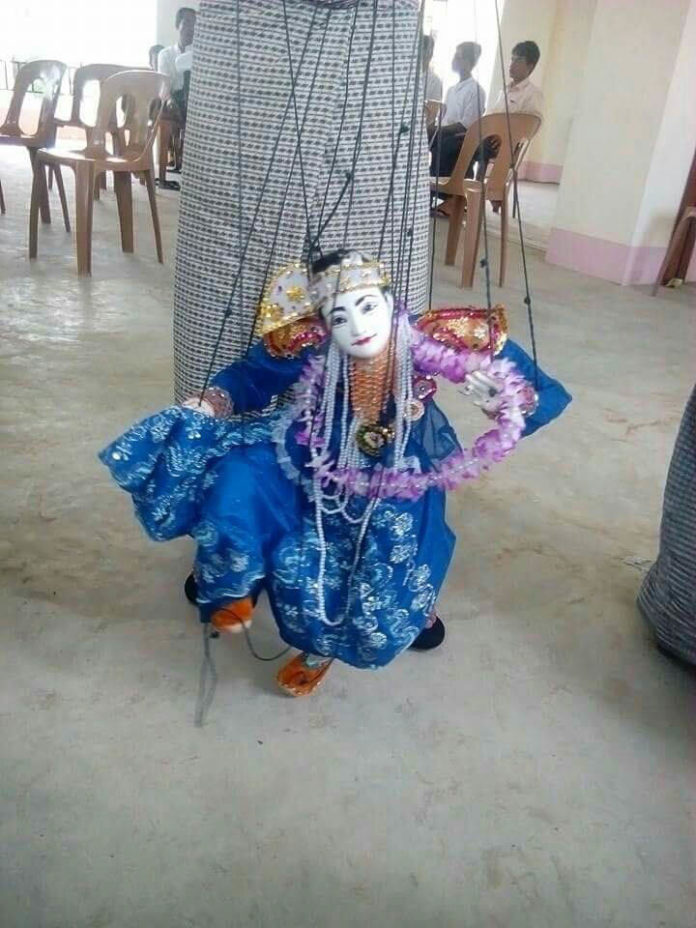 A number of certain individuals donated to the great Pagoda Htupayon in the city of Sagaing (Upper Myanmar) by King Narapadi in 806 M.E or 1444 AD were listed as “ah – yoke” (the Puppeteers) on an inscription on the back of a stone slab which had been dedicated to commemorate the completion of the pagoda.

One of the wooden crafts, puppetry is not only craftsmanship but also performance. It is one of the oldest crafts passed on from generation to generation. They are 28 different puppets, including Nat votaress, Minister, King, Prince, queen, princess, pundit astrologer, hermit, nat, maha deva, old man, man,  horse, elephant, tiger, monkey, parrot and Buffalo.

The puppet is made of wood. The processes of puppet making include choosing the wood, carving the figure, painting the puppet, preparing the long lasting strings, connecting all the parts and weaving costumes.

The wood has to be resistant, easy to carve and light. Gmelina arbore (yamanay) and teak are often used. Most puppets have eleven strings. Five of these strings attach the head, the shoulders and the rump to the H-shaped wooden cross piece. The upper arms, thighs and hands are operated with six remaining strings, which hang loose and are draped over the cross-piece. 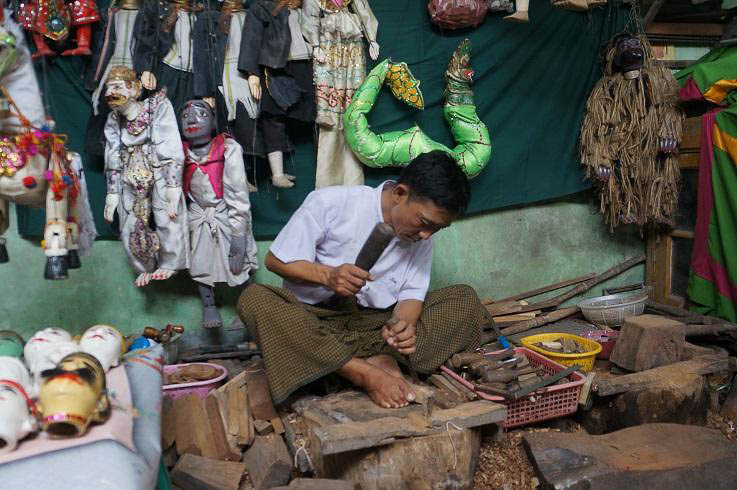 Puppets are carved according to proportions. For a 27-inch puppet, the distance from the edge of the forehead to the chin is 3.5”. For a 24 inch puppet, it is 3”. The full height of the puppet is seven and half times the length of the face. The height’s half was an arm’s length. The length of the head from hair margin to chin is 3” to 3.5”.

Before applying the paint, the wooden surface is smoothed with sandpaper. Then liquid paint (already mixed with glue) is applied seven times, and after each application, it is dried in the sun. After drying, it is polished with fine sandpaper. Modern paint, or plastic paint as commonly called now, is employed now because it is easy to use and long lasting.

After drying the raw puppet, the strings are rubbed with beeswax. This wax will resist the oil stain and sweat of the puppeteer. Then strings and ‘Asi’ strings were fixed in all joints where they were necessary. The hands were fixed with a string as shown. Guy rope (the looped end of ‘Asi’ string) would be put through the hands. Stringing the Hip Here an ‘Asi’  was fixed first through a hole from inside the hip and then out it came. The drilled hole should be at a point between upper on third and the lower two third at the back.

Asi string is used not only for joining the strings between the puppet and the control but also in joining wooden ends at the end of the joints with two separate strings knotted together. The string is folded onto itself and twisted, leaving a loop at the folded end.  After finishing joints and before wearing the costume, and the whole anatomy was checked for abnormal bulges or any smallness of the parts. The price of puppets ranges from 1260000-22460000 kyats ($US 1,000 – 19,000)

Mr Sein Aye Myint is one of the masters from Yangon in Myanmar. At the age of 12, he started to learn and work as a puppeteer and puppet maker. His work started to gain recognition from the year 1977. Puppets remain popular in Myanmar and the craft of making them is healthy. 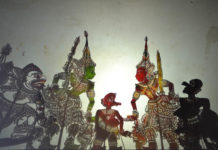