Batik is a traditional fabric that is made by dyeing prevalent in some areas of Indonesia. Batik’s craftsmanship is passed down from generation to generation. Batik can be found on the island of Java, Sumatera, Borneo, Bali, and Sulawesi. The most well-known region as the origin of batik is the island of Java, especially in Central Java, Special Region of Yogyakarta, and East Java.

In the island of Java, batik has two major classifications that are based on the geographical origin of the batik itself. The classifications are batik pesisir (coastal batik) and batik vorstenlanden (Inland batik). The oldest classification of batik is inland batik. Inland batik originated from Yogyakarta and Surakarta. This type of batik usually has dark colour such as brown, black, indigo, that are contrasted with white background. These colors resemble the earth. Inland batik is free from outside influence.

On the other hand, coastal batik is usually much richer in colours and has a more freestyle on the pattern. Due to its coastal origin, coastal batik styles are influenced by many cultures, such as Chinese, Arab and India. Coastal batik also has a lighter colour due to these influences.

Batik is made from kain mori (mori cloth). Mori cloth is a fabric that is specifically made and prepared for batik making process. This cloth is made from various materials such as cotton, polyester, and silk. The process of creating batik is elaborate and requires craftsmanship. The technique itself is based on wax-resist dyeing technique. Initially, after the mori cloth is cleaned and dried, the craftsman then draws an elaborate pattern with a pencil. Afterwards the pencil drew pattern being redrawn with a hot wax that is made from a combination of beeswax and paraffin. The hot wax acts as a resist. The hot wax is then applied using a canting (a pen-like device-specific to batik making process). Besides using canting, some crafters also use a pattern stamp (cap) to apply the hot wax. After the patterns are applied, the Mori cloth is then dipped in the dye for many times until the desired colours are applied on the cloth. As the cloth dried, the next step is removing the wax resist by scraping it carefully with a metal plate.

Batik patterns have many symbolic elements that are unique to the origin. Batik patterns embodied philosophy, social, and cultural aspects of the batik origin. For example, there are some batik patterns like keraton that is reserved for the Sultan of Yogyakarta and his family only. Indonesian wears batik for various occasions—mainly ceremonial and official occasions such as weddings, traditional ceremonies and meetings. There is also casual clothing that has batik patterns on it. This casual clothing is common in office workers across cities in Indonesia.

The number of batik craftspersons in Indonesia is indefinite, with huge concentration in the island of Java. Batik is readily available across Indonesia. With many places like museums, malls, department stores, and public spaces showcasing batik. There is no particular person or family that is considered the expert of batik. Although the craftsman from cities in Central Java like Pekalongan, Surakarta and Yogyakarta are regarded as the masters of batik. 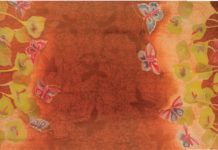 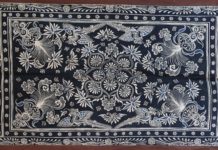