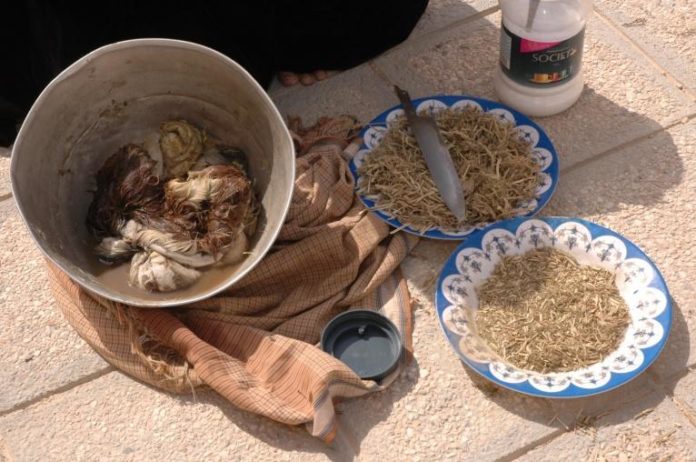 The leather industry requires experience in the tanning process.. The tanning of animals (cattle, sheep, cows, goats) involves certain materials prepare skins for tanning and many processes for patching, cleaning and polishing. Such processes start immediately after the slaughter of the animal and stripping off its skin. Then the skin is taken by shoemakers and other craftsmen. (Wadhih Alsamad: 1981:87)

The process of tanning leather is done in steps; it starts by putting the skins in a pottery vessel, big enough to accommodate at least 25 skins. A quantity of dates and salt are added and left for a period of 5-10 days. Then the salt is washed off the skin. The skin is put into a sealed vessel, and then buried in a pit for 3-5 days. The skins are then taken out and the hair is removed with a sharp knife or hands, and is then washed. The skins are stuffed with the fruits of Al Gart tree (acacia nilotica, an ornamental tree in the desert, originally from Africa, whose pods are rich in tannin, which is useful in the treatment of the skin), salt and water, and then rubbed strongly. The skin is then blown and fixed on a wooden board for five minutes until it is free of wool. (Ministry of Social Affairs and Labour: 1995:35). This stage is called tanning which may continue for four days. The colour of the skin on the first day may be white, brown or deep red. The tanning process on the remaining days will continue to reach the required softness. Then, the skin is washed and left to dry. Finally, a little water is added to make it softer.

After tanning, the leather becomes ready to be used in making different products, such as al girba (water skin) for storing water, al siain which is used for carrying water in travels, al heban which is used for carrying food, buckets which are used in drawing water from wells, al hirz which are amulets inserted into a silver box, containing verses of the Quran, and used to ward against the evil eye, al ghimd (sheet) which is the cover or pocket that fits closely over the blade of a knife, sword or khanjar, al siur which are the strips used for the khanjar, as well as camel and donkey-riding gear and horse saddles. Both traditional and modern products (shoes, bags, belts) in Oman benefit from the use of leather, skillfully ornamented with artistic designs borrowed from the surrounding environment. The Wilayt of Mirbat (a coastal town in the Dhofar governorate, in southwestern Oman), Nizwa and Al Mudaybi ( the largest willaya in Ash Sharqiyah region of Oman, with two villages, and Samad Ash Shan and Sinaw , which has one of the most popular suqs in Oman where dresses, khanjars and jewelry are sold) are the most well-known for manufacturing leather products. (Public Authority of Crafts industries: 2014:149-150) 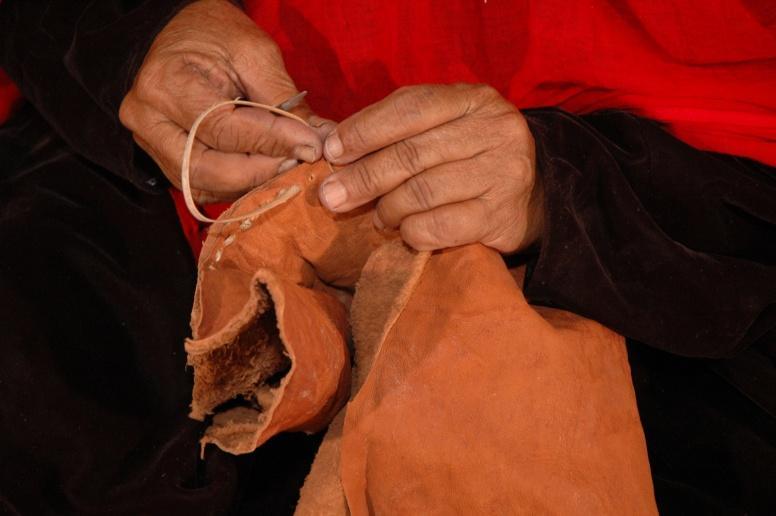 Ministry of Social and Affairs and Labour. 1995. The Manual of the Omani traditional crafts and industries, first edition. 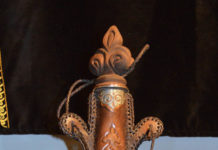