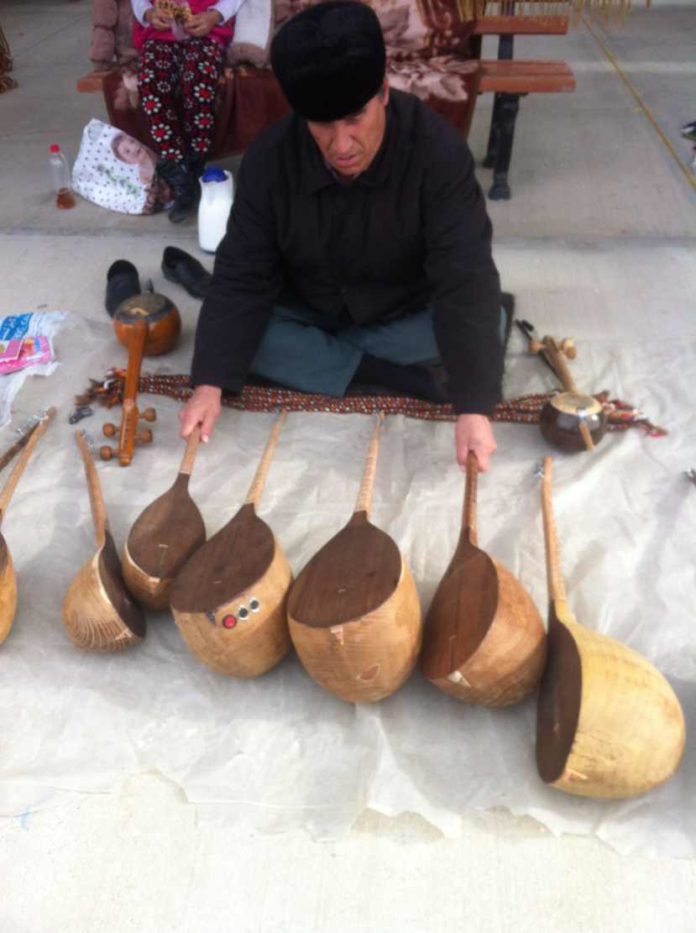 History of the culture of Turkmen people knows a lot of musical instruments that were popular at a various periods of time. Some of the instruments survived until modern times, others went out of use. Duta is the best known and most popular musical instrument of the Turkmen. Dutar means “two strings” in Farsi. Its production is a whole science in itself. Mulberry tree trunk is buried under the ground in order to extract its sap. After some time, it’s placed in a pile of ash until it becomes sonorous. Same process is applied to apricot tree, which is used for fingerboard. At first details are attached temporarily to take on, after which instrument is tested for sounding and glued together. Dutar is used by bahshy to perform epics, legends and novels accompanied by background music. A well-made dutar can be used for centuries. One can play almost any melody, despite the fact that it only has two strings. Previously, the strings of the instrument were made from silk, but metal strings have been used since the beginning of last century. There are many variations of the instrument such as dutar prima, dutar alt, dutar tenor and dutar bass. Every instrument is unique and one of a kind.

Another popular Turkmen string instrument is gidjak. Gidjak is a bow instrument that often accompanies dutar. Gidjak has thin sound that resonates through the composition. Gidjak was titled “violin of the east”.

Gopuz is a string instrument equipped with vibrating reed. The musician holds the instrument with lips and manipulates the reed. It has an unusual sound. Gopuz is very popular among Turkmen women. Ancient versions of this instrument were made from wood and bones, thought the modern instrument is made from steel. Skilled Turkmen performers were able to create many folk melodies for this instrument.

Tuiduk is a wind instrument, also known as shepherd’s horn. Turkmen have used this instrument since ancient times. It wasn’t only used by shepherds in the deserts, but was popular during festivities. Tuiduk was made from different types of cane. This instrument reached us in a primeval and original form. Nowadays, it’s made in different sizes in order to produce different registers of sound.

Percussion instruments include tebil, dovul and nagara. They accompanied dancing music and were used during hunting. They were also widely used for ceremonial events and during battles.

Distinctive feature of Turkmen music is manifested in unique manner of singing. Singers apply big pressure on vocal cords and perform with high pitch. Characteristics of the landscape (steppes and deserts) and nomadic way of life have shaped the Turkmen custom to speak very loudly. Hence the loud singing that contrasts with soft sounding of dutar.

By
Tavus and Leili Khaidova 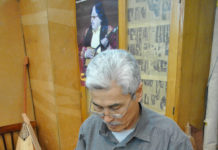