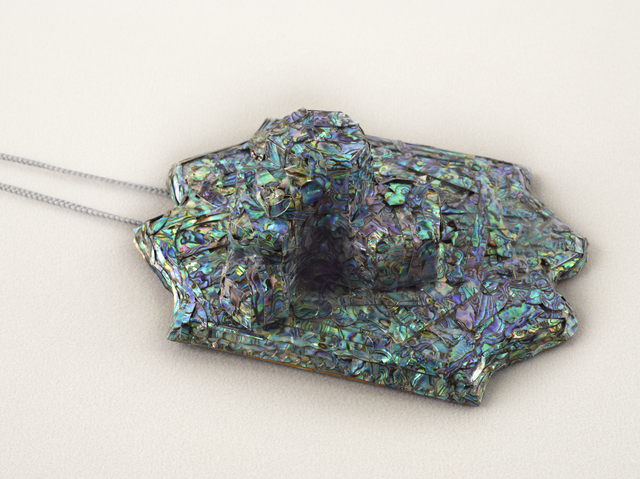 Contemporary studio jewellery, one of New Zealand’s most visible and significant areas of craft, is characterised by conceptual ideas frequently informed through international engagement. Non-precious materials remain at the centre, where value aligns with social and cultural associations rather than monetary. 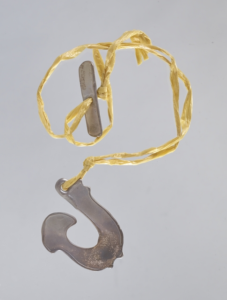 While modernism has been expressed through a small number of jewellers including Kobi Bosshard (Middlemarch, Otago) from the 1960’s, an emerging desire from the 1980s and early 1990s considered the geographical and cultural associations through New Zealand’s place within the Pacific, known as the “bone stone shell movement”. This movement sought to place Pacific materials, techniques and body ornament in a modern context. More recently ideas have broadened as contact and engagement has occurred in Europe especially in Munich, Germany while also bringing in Maori and Pacific Island voices. 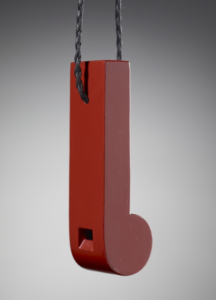 Prominent and senior practitioners include Alan Preston (Auckland) and Warwick Freeman (Françoise van den Bosch Award 2002) of Auckland, both of whom influenced the direction of the “bone stone shell movement”. While both Preston and Freeman continue to work with local materials Freeman’s interest in abstraction and emblems has brought a closer relationship with art.

Lisa Walker (Françoise van den Bosch Award 2010) of Wellington whose return from Munich in 2010, having studied under Otto Künzli, has fuelled connections and influence through her practice. Drawing on everyday materials, she re-contextualises, questions perceived notions of beauty while also considering cultural histories including those from New Zealand. New generation jeweller Moniek Schrijer (Françoise van den Bosch Residency 2015, The Herbert Hofmann Prize 2016) of Lower Hutt continues materiality through the transformative process. The Wellington presence, since 2010 of German born jeweller Karl Fritsch has fuelled further exploration into creative materiality and notions of beauty.

Maori practitioners include Areta Wilkinson (Oxford, Canterbury) who considers place and whakapapa (genealogy) within a framework of contemporary western materials. For emerging artist Neke Moa (Lower Hutt), pounamu or jade lies at the heart of her work, while Matthew McIntyre- Wilson considers issues of colonialism and indigenous practice through copper and silver.

Jewellers of Pacific Island heritage include Chris Charteris and Sophia Tekela-Smith (Auckland) both of whom draw on identity through their forms and materials. Emerging jeweller Selina Shanti-Woulfe (Auckland) uses the skin as a sensory device in creating jewellery that offers religious and cultural commentary.