Madraga, shoresh, thaob or khalaga, depend on the area, is the traditional woman’s dress in Jordan. It is black with embroidery down the front that is bright and intricate. Regularly made by women, it is decorated with embroidery designs passed down through generations. Despite the small geographic area of Jordan, the embroidery styles vary between regions. It is affected by the environment, social status and lifestyle, as agricultural, Bedouin and urban communities. Leslie (2007) revealed that Middle East (including Jordan) was producing highly developed embroidery as early as the fifteenth century B.C. Embroidery now is an artistic expression of Jordanian identity.

Thaob is made from silk and high quality fabric products. Black is mainly the color of costume fabrics used for embroidery works. Embroidery threads are made of wool, cotton and silk. Sometimes other materials such as thin metal strips, precious and semi-precious stones, and sequins are used. Embroiderers in the past used local raw materials such as plants or minerals to dye the threads. But now they are using the imported and colored yarns. 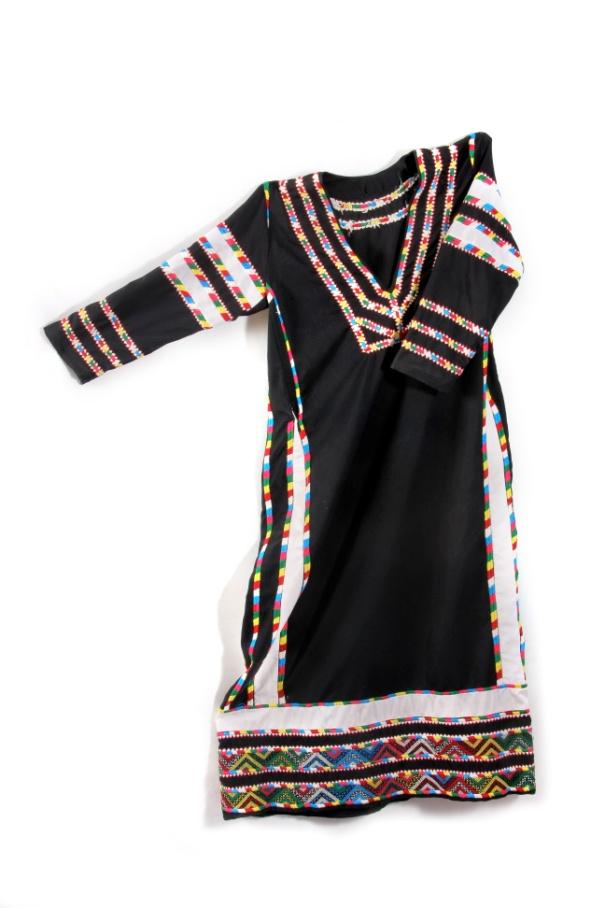 There are many embroidery techniques used in making the design. With the aid of simple hand tools (needles, pin cushion, ruler and tape measure), embroiderers in Jordan often use the cross-stitch technique. This stitching technique is called fallahi: the shape of “X” is used to fill the design. 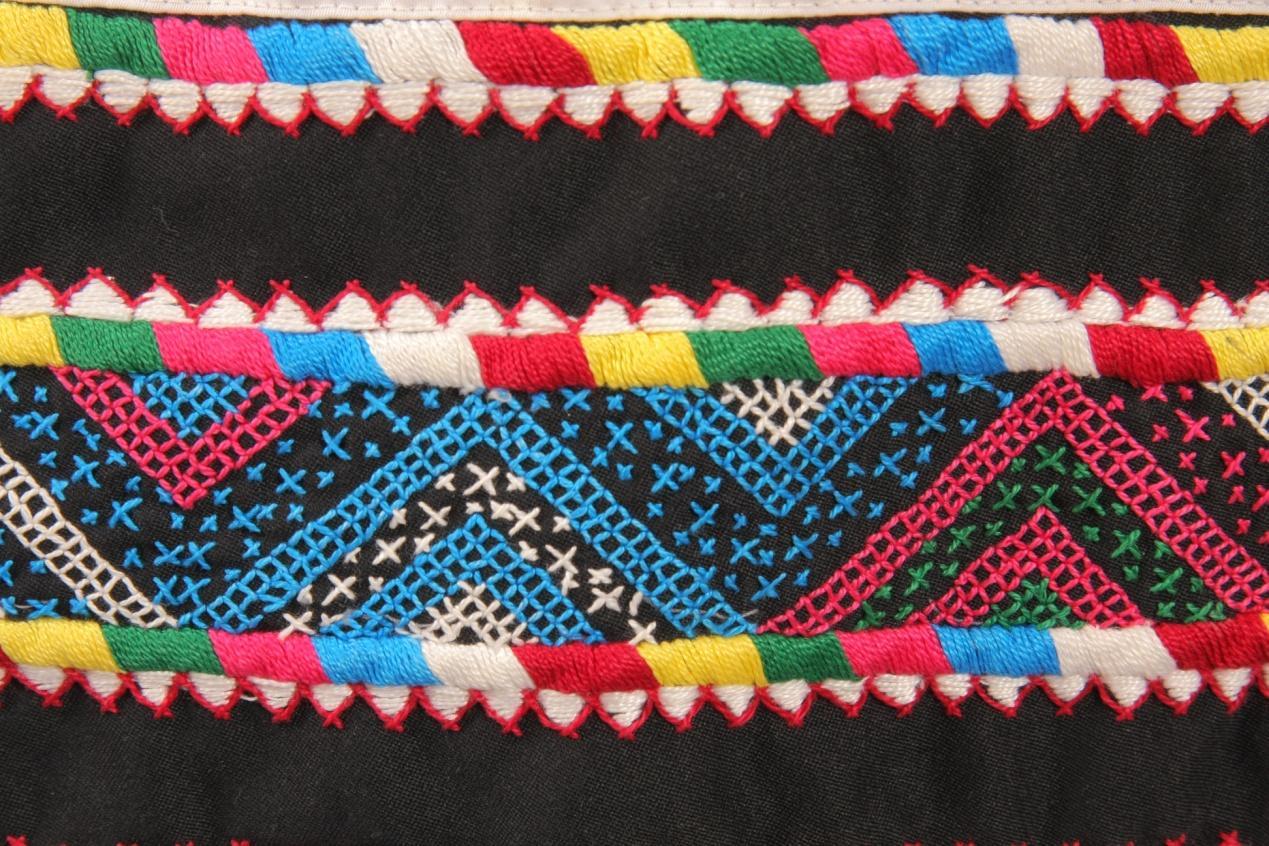 Embroidery products are widely used as gifts. Traditional embroidered thaob are made to be worn by women, especially during cultural events, celebrations and national festivals. In Jordan embroidery products are also embedded into furniture and accessories, including placemats, cushions, pendants, bags, shawls and purses. In the past, it was a matter of honour for a bride to make her own embroidery before moving to marital home.

The estimated number of women who are involved in embroidery across Jordan is over 5,000. Embroidery products are available in different handicrafts stores, such as visitor centres and in many street corners as well as showrooms of hotels; it also available online. Recently, fashion shows were performed to exhibit the Jordan traditional dresses.

Fawzeya Obaidat Um Ayoub is considered one of the master embroiderers in Jordan. She started to use needle and make embroidery at early age at her family home in Hartha village in the northern part of Jordan. She practiced embroidery for 55 years and still works and trains a young generation to her embroidery techniques. Embroidered chairs, pillows and mirror frame appear in the photo is an artwork that she is proud of. 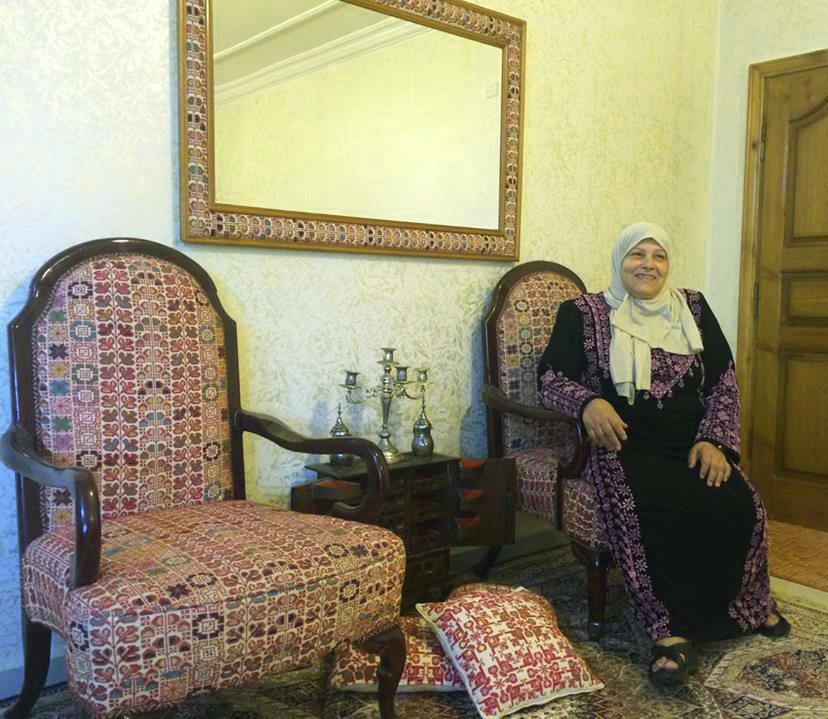 New generation of embroiders in Jordan are using internet and fashion shows to promote their products. Arwa Odeh is an embroiderer who accomplished two fashions shows in Amman, 2012 and Salt, 2008. Her embroidery artworks are notable for her audacity to use colours and modern designs.