Tapa, or bark cloth, is made from the bark of predominantly Ficus and domesticated Paper Mulberry trees. Tapa is widespread over the Pacific, although the techniques of making tapa and its use differ considerably.

Among the Maisin people living along the coast of Collingwood Bay (Oro Province in Papua New Guinea), women are responsible for making tapa. They use the bark of the paper mulberry tree, locally called wuwusi, which they turn into strikingly black-and-red designed loincloths for both women and men (Hermkens 2013; Choulai and Lewis-Harris 1999). The women’s skirts are called embobi and the male loincloths are referred to as koefi.

Every Maisin woman is expected to learn the various techniques required for making tapa, but many young women are not interested anymore, as it is an arduous and long process, which requires both skill and creativity. The making of tapa involves first, the scraping of the outer-bark; loosening it from its wooden core; and subsequently beating and pounding the long and narrow stretch of inner bark until it is transformed into a thin, quadrangular shaped piece of cloth. In a following stage, the black designs are drawn on the tapa surface, and in the final stage, parts of the design are painted red. It may take several weeks or even months before a piece of tapa is finished.

For the Maisin people, tapa is connected with both gender and clan identity (Hermkens 2013, 2015) and is important in both religious and economic life (Barker and Hermkens 2016). It is used as a garment during rituals and festivities, used in local and regional exchanges and sold as a commodity to tourists and traders. In the 1990s, Maisin tapa was taken up as the key symbol of the anti-logging campaign in Collingwood Bay, which was supported by Greenpeace (Barker 2008). Maisin delegations travelled to the US, Japan, Australia, Canada and Europe, combining appeals to save the rainforest with exhibitions of tapa.

Both historical and contemporary pieces of Maisin tapa are part of museum collections in the US, Europe, Australia and Papua New Guinea. Despite recent environmental challenges, such as flooding and droughts, along with disappointing tapa markets and sales, Maisin proudly continue to make, wear and sell tapa.

Barker, John 2008. Ancestral Lines. The Maisin of Papua New Guinea and the Fate of the Rainforest. Toronto: University of Toronto Press.

Choulai, Wendy and Jacquelyn Lewis-Harris 1999. “Women and the fibre arts of Papua New Guinea.” In Art and performance in Oceania. Edited by B. Craig, B. Kernot and C. Anderson. Bathurst: Crawford House publishing, pp. 211-217.

Hermkens, Anna-Karina 2015. “Mediations of Cloth: Tapa and Personhood among the Maisin in Papua New Guinea.” In Gender and Personhood in Oceania. Edited by A. Hermkens, J. Taylor and R. Morgain. Oceania 85(1): 10-23. 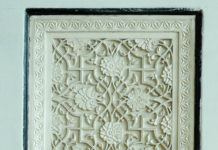 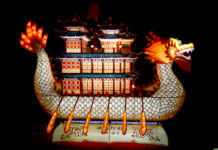