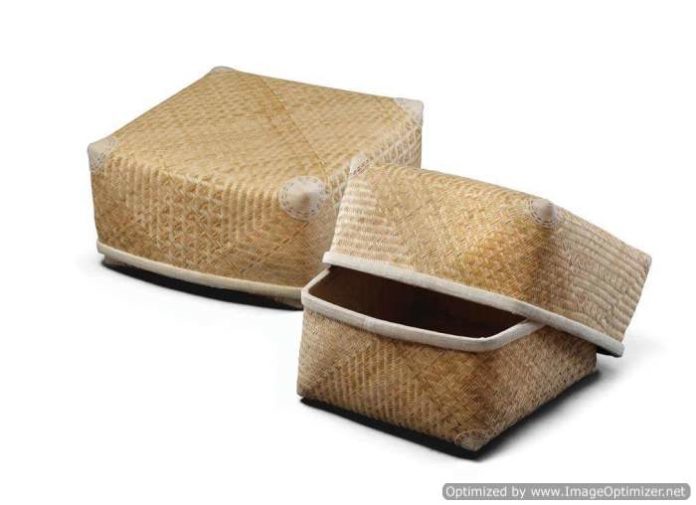 Chaesangjang refers to the art of dyeing slices of bamboo skin with different colors and making boxes by braiding them together. Chaesang was a luxurious craft whose production was enjoyed by women of the nobility from ancient times onward. During the late Joseon Dynasty, common people, as well as members of the nobility, regarded these boxes as a bridal necessity, using them as containers for clothes, accessories, and needles and thread. Mothers would often use them like a dowry chest to store the items that their daughters would need for getting married.

In order to make chaesang, an artisan first takes off the bamboo skin using his or her teeth. Because the bamboo strips should be lustrous, flexible, and resilient, three-year-old bamboo grown in fertile soil is ideal. He or she then dyes the skin after peeling it off and soaking it in water and natural pigments, such as safflower, gardenia seeds, or mugwort. After this, the artisan braids between one and five strands to make a box, and finally covers the frame and edges of the box with silk. Chaesang patterns usually feature thunder, stripes, and other forms that are thought to invite good luck. Chaesang are usually created in nested groups of three, although five or even seven nested boxes are not unheard of. These are called samhap, ohap, and chilhap, respectively. When weaving of the cover and bottom has been completed, the excess bamboo strips are trimmed. The usually unadorned bottom half must be properly sized to fit snugly within the decorated cover. The edges of the cover and bottom are finished with satin fabric and the interior of the bottom is lined with two layers of traditional Korean paper.  It can take two weeks, or even as long as a month to produce a set.

Chaesang is a specialty of the Damyang region. In 1987, Seo Hangyu was give the title of Chae-sangjang (Master of Chaesang Craftsmanship). Chaesang was traditionally made by married couples, with the husband preparing the thin bamboo strips, which the wife used to weave the boxes. Seo Hangyu’s second daughter Seo Shin-jeong has helped him with the weaving from 1980. 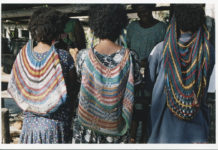