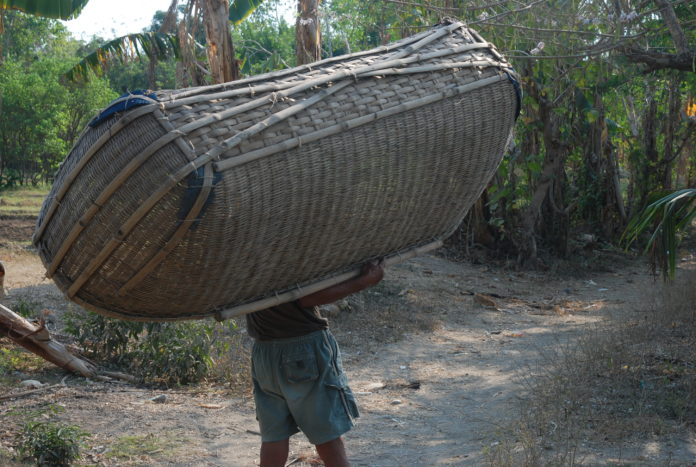 Northwestern Luzon, Philippines, has a narrow coastal plain and hilly inland terrain, both of which are full of rivers and streams that originate in the Gran Cordillera mountain range. The Ilocano ethno-linguistic communities make up most of the regions. Given their geographic location on the seacoast and near the mouths of rivers, fishing is an important economic activity for most inhabitants.

To access the variety of riverine life, the Ilocano people have developed various types of fish traps. All the traps are made entirely from strips of kawayan, a giant bamboo variety that grows in abundance locally. This material is quite durable and can withstand weeks and even months of submersion. The men in the communities usually make the fish traps. They gather and cut the bamboo into thick sturdy strips for the framework and into finer cuts for the greater body. The overall shape of the bamboo fish traps and interior funnels are fashioned according to tradition and further refashioned based on observations of the flow of the river. 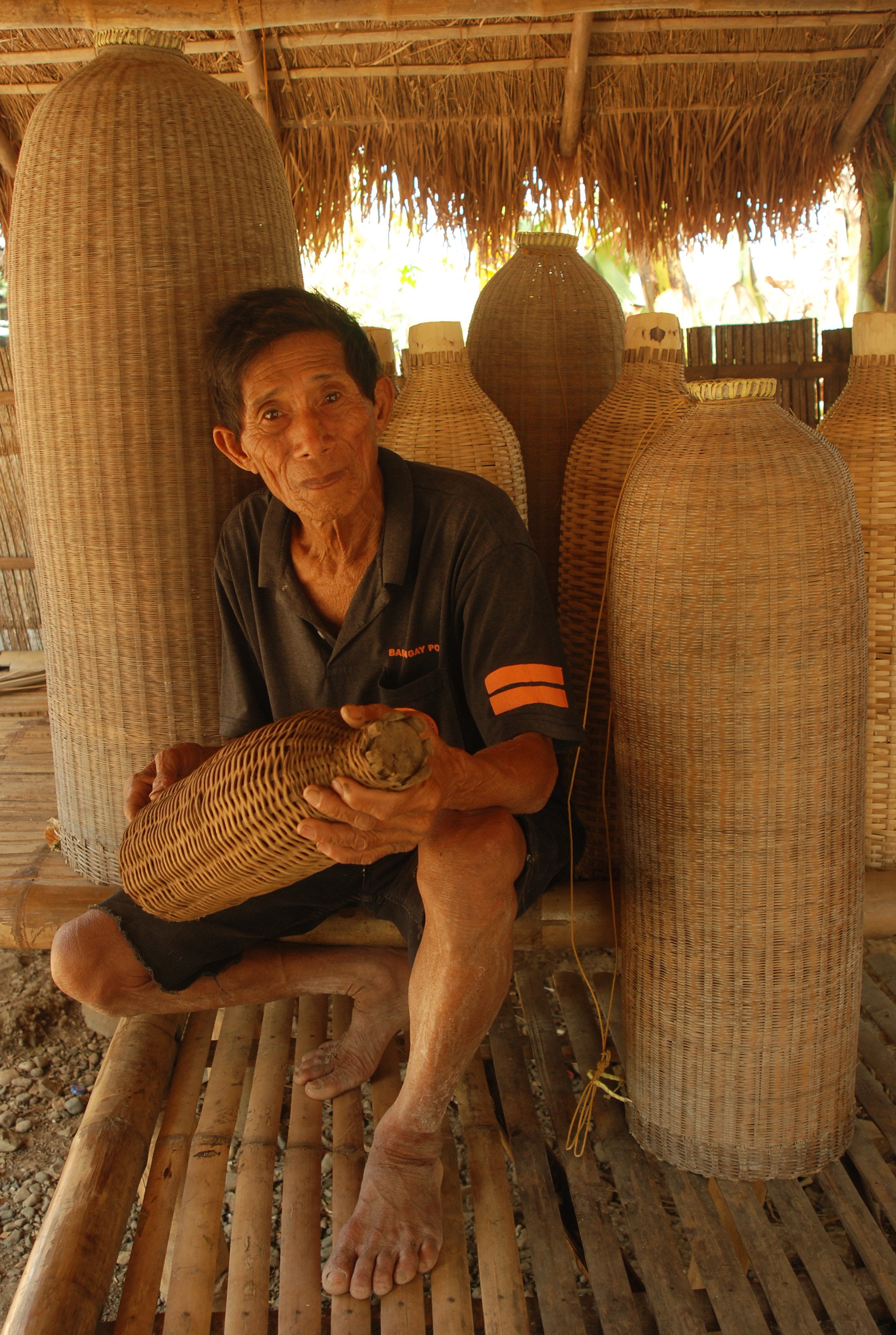 A popular fish trap set in big rivers is the bubo. It is remarkable for its very fine finish and cylindrical body. In use, it is positioned along the current to ensnare schools of fish going upstream. Large stones are piled on either side to keep it steady. The body has a sturdy inner framework on which innumerable fine strips are neatly interwoven to form a symmetrical outer body. The flat thick strips forming the inner frame are gathered around a circular opening that is lashed with fine strips of rattan at the tail end and plugged with a wooden stopper when the trap is set in the river. At the opposite end are small rounded entrances that lead to a funnel-shaped, one-way valved interior where bait is placed. A bubo with five entrances commonly measures between 52 cm and 80 cm in length and has an 83 cm diameter.

A barekbek is a trap that is set in rivers and streams in groups of three or five. All the trap openings are positioned opposite the currents. While shaped similarly with the bubo, the barekbek is much smaller, measuring 43 cm from base to tip with a diameter of 35cm. The barekbek is sturdier, the bamboo strips making up the cylinder are thicker and woven into a sturdier framework..

The most formidable of the bamboo traps is the pamurakan. Shaped like a giant hammock, the pamurakan is 2.5 m long and 2.3 m across. Its voluminous body is reinforced with a pair of bamboo slats and the surrounding rim-opening is strengthened with a rattan lining. The fish trap is still actively used by the Ilocano people.

By
Norma A. Respicio