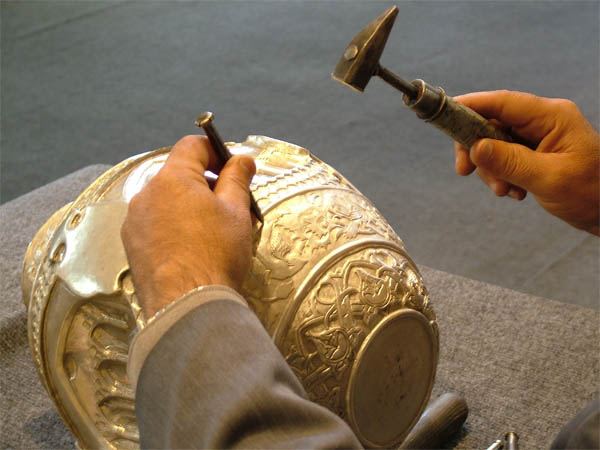 Galamzami (etching) is the marking of a design on the metallic surface including board or container or creating regular and extended recesses on the pattern lines by hammer tapping on steel wedge on the metal. In order to prevent any damage to the metal surrounding the area being hammered, the underside of the metal is coated with a mixture of bitumen and plaster. After cooling and hardening, etching can be started. After finishing, a mixture of bitumen and plaster is removed by heating and melting. Then it is treated with acid and soot so that could have a better appearance. The inverted patterns are called “negative”, while the raised lines are “positive”. Etching has different styles which include niello, half-raised, and jondekari (raised etching). Many etching artists consider copper as the best metal for etching, although other metals such as brass are also used for this technique. 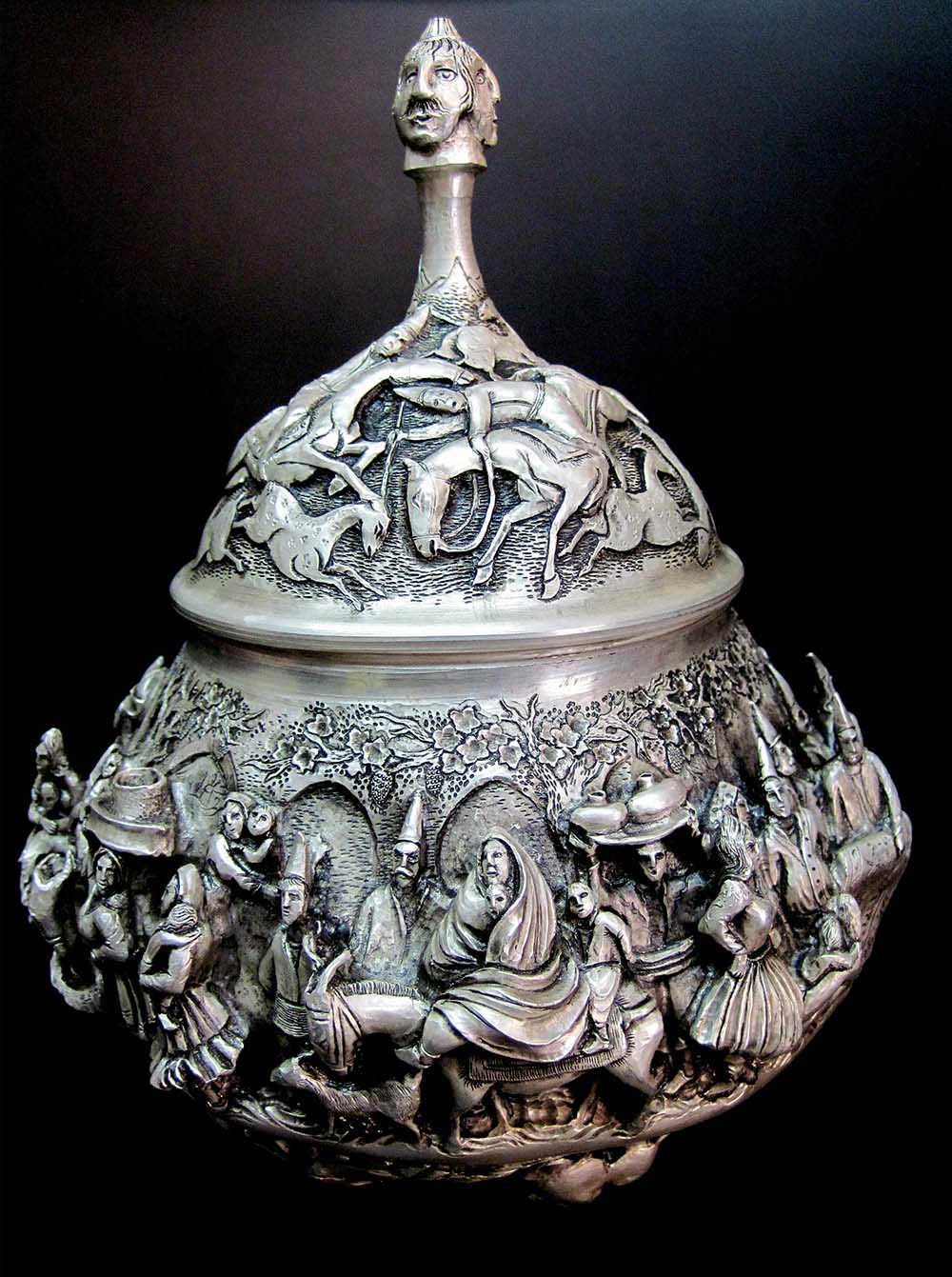 Etching in Iran was common since the first century B.C when Jam Hasanl was considered as a part of it. Achaemenian etching (sixth to fourth century B.C) and Sassanid etching (third-seventh century BC) are abounding in global museums. From Seljuks (tenth-twelfth centuries) and Safavid eras (fifteenth-seventeenth centuries) valuable artworks are also available.

There is no name of historical etchers because putting the name below the work was not common. Contemporary masters of this art include Mahmood Dehnavi, Hossain Alaghemandan, Ahmad Finastian, Koroush Ghanoni, Mansoor Hafezparast, Mohammad Sahranavard, and Mohammadreza Poushide Namjo. There are different kinds of steel pens in etching and even the superior and excellent masters build special wedges for themselves which other masters do not have.

In Iran since the middle of third millennium, this art is being taught in the field of handicrafts and the most famous cities in which etching is common includes Isfahan and Tehran.