Keris or Malay dagger is one of renowned weapons among the Malays. Making a superb keris requires great skills that come from years of learning and practice. The knowledge of making this covetous weapon was once hard to come by, as it was a closely guarded secret that was passed on from one generation to another and was taught only to a few selected family members. A person who was expert making keris and other weapons was known as Pandai Besi. There is a village in Brunei’s centuries-old Kampong Ayer called Kampong Pandai Besi, where the country’s ironsmiths once lived. Now, the establishment of Brunei Arts and Handicraft Center has make it possible for interested youths to enroll and learn keris making to ensure the continuity of the craft.

Almost all keris have lok or waves, the total of which has always been an odd number. Another unique feature is the widening of the blade just below the hilt, and one side of this part is usually found a small ornament that may take the form of an elephant’s trunk, wood or other objects according to the preference of the keris-maker. The blade is normally covered by a damascened pattern called pamor or kuran depending on the composition of the metal used to fabricate the patterns. The keris-maker believes that the pattern strengthens the blade and make it more lethal. There are different types of keris in Brunei such as keris Andang, keris Anjur, keris Berantai, keris Bertulis, keris Buaya, keris Ganda Iras, keris Gajah Tikar, keris Ikung Kala Jengking, keris Kerajaan, keris Lamba, keris Lidah, keris Renti, keris Sarang-Sarang, keris Sasap Lantai, keris Si Bongkok, keris Si Jala Watri, keris Si Jantung, keris Si Naga, keris Si Padi, keris Si Singgal, keris Talam Ilir, keris Tambang Sari, keris Tumbuk Lada, keris Ulu Anak Ayam and keris Usus. 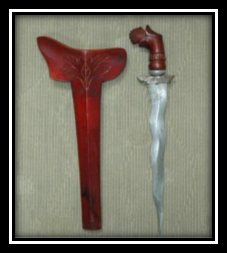 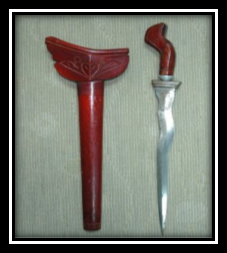 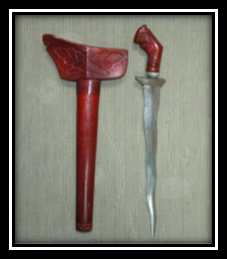 Traditionally, keris was used to defend oneself especially in martial arts (silat), but its significance has now become symbolic. The use of keris is mainly for ceremonial purposes such as at weddings and traditional royal court events. In Brunei Royal Court, keris is widely used by royal and state dignitaries especially during traditional royal celebrations such as Sultan’s birthday, royal weddings and inauguration ceremonies. The ownership of keris indicates that the rank of the owner in the social and political ranks. For example, only certain dignitaries and rank of officials such as the Sultan, Vizier, Cheterias and ministers have ownership of a keris. During the coronation of the Sultan, Keris Si Naga is affixed at the waist of the Sultan to legitimize his power and symbolizing his sovereignty. The colour of the hilt and sheath indicated the different ranks of the dignitaries and officials. The ivory hilt and sheath of the keris is for the noble dignitaries whereas the wooden ones for non-noble dignitaries such as the ministers. 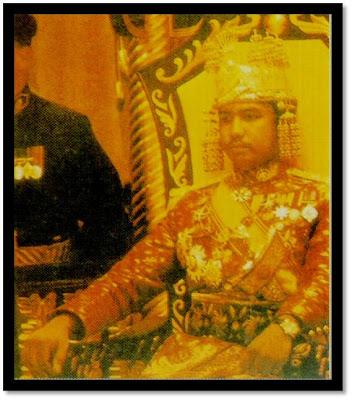 During the coronation of the Sultan Hassanal Bolkiah, Keris Si Naga was affixed at his waist to legitimize his power and symbolizing his sovereignty. 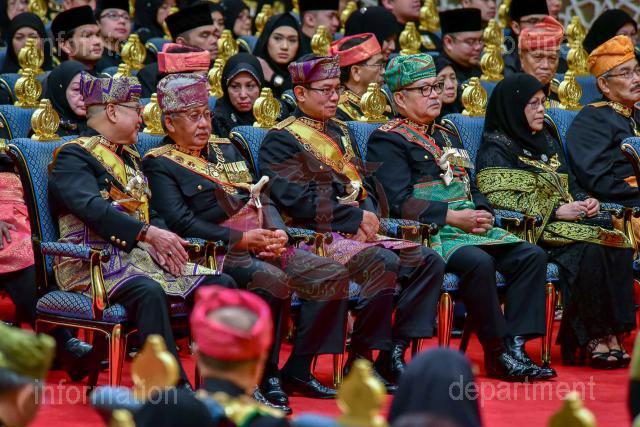 Royal dignitaries are in their ceremonial attire. Their keris is affixed at their waist. 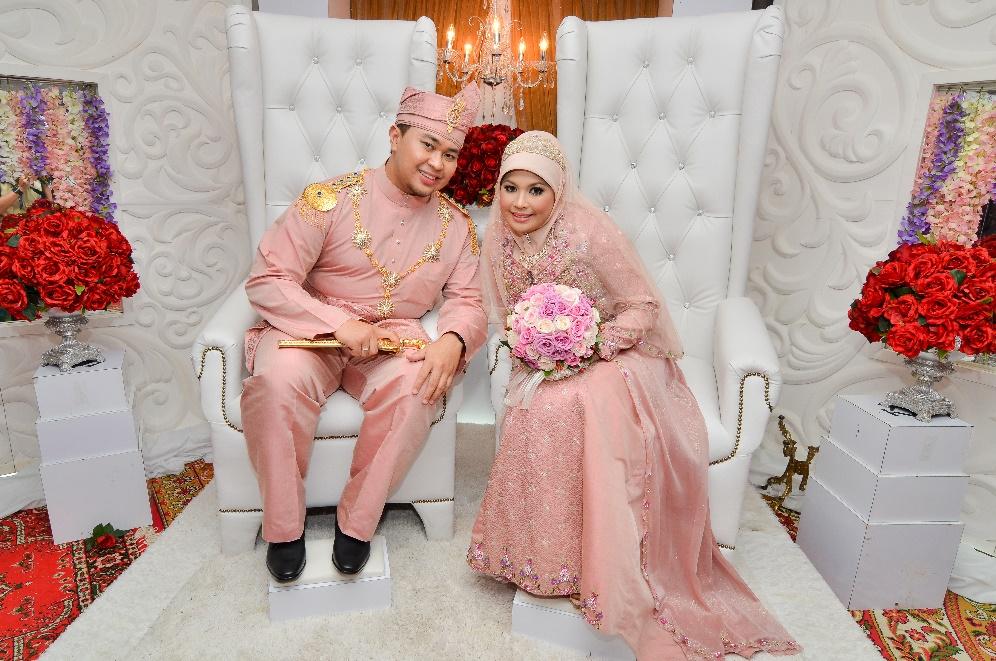 The groom is holding the Keris during wedding day.