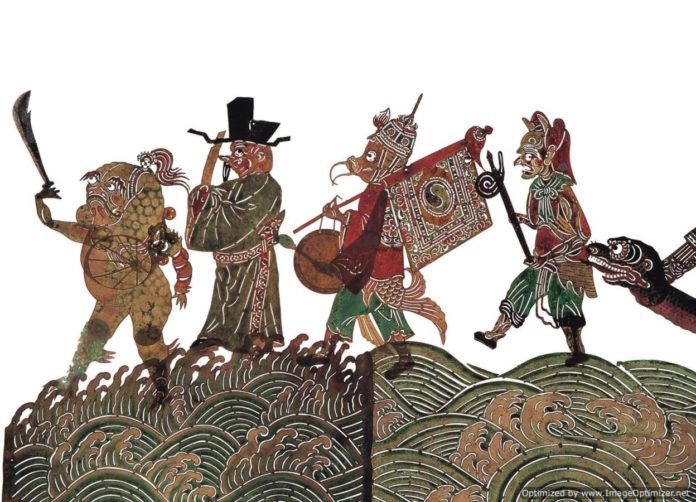 Shadow puppets making generally involves eight processes: hide picking, hide-making, sketching, drafting, engraving, hand painting, transpiring and ironing, and joining and synthesizing. The specific puppet-making process includes treating the skins of sheep, donkeys or other animals with drugs to make it thinner and translucent; coating it with tung oil; then artisans paint various human figure patterns on it; carving it with different types of knives; and finally coloring it with primarily five solid colors, i.e. red, yellow, blue, green and black. A shadow puppet has limbs and head carved separately and joined together with threads to facilitate free and smooth movements during performance. A puppet is manipulated with five bamboo sticks.

The engraving is generally raised, though sometimes incised. Painting and dyeing is particularly characterized by the hair and clothing accessories ornamented with flower, grass, cloud and phoenix patterns for women and dragon, tiger, water and cloud patterns for men. Protagonist figures are showed with half of their face in profile, while antagonists have 70% of their face in profile. As with theatrical roles, the human figures include Sheng (male), Dan (female), Jing (painted face), and Chou (clown). The height of a puppet generally ranges between 10cm and 55cm.