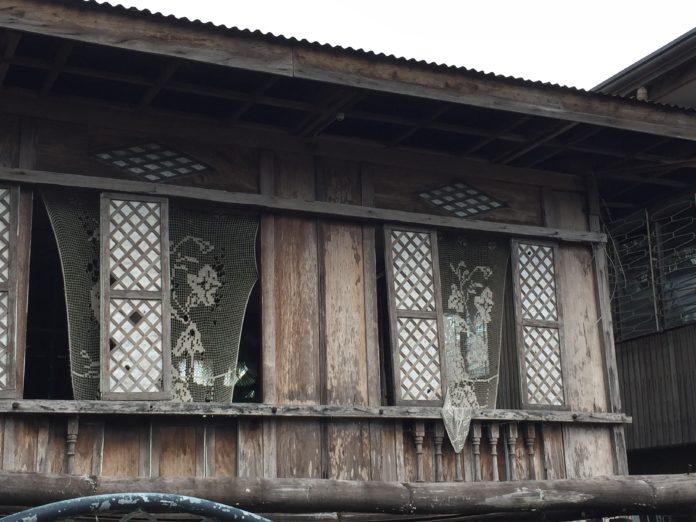 Crafts utilising shells have been practiced in the Philippines for centuries. Archaeological examples of shells used as implements have been found. Ethno-linguistic groups such as those of the Cordillera Mountains of Northern Luzon have traditionally prized shells for their luster and smoothness, incorporating them in body adornments.

Sungka, a game popular throughout the country and in other parts of Southeast Asia, involves a wooden tray with carved-out hollows and numerous small conches as tokens. In the nineteenth to the early twentieth centuries, the production of formal floral arrangements accompanying a photo or a painting all set into a deep frame was popular. Sometimes, the flowers were made from the lagang or the shell of the Chambered Nautilus which was cut up and then polished. The edges were serrated and pierced to resemble lace.

Furniture was likewise inlaid with bone and shell. In recent years, the export of shell items has been controlled due to ecological reasons.

A Roman Catholic church in Bacolod City on the island of Negros is famous for a mosaic image of the Virgin Mary assembled from pieces of shell. An older church in the town of Guian on the island of Samar has walls festooned with elaborate patterns made from whole shells.

A celebrated shellcraft of the Philippines utilizes the flat opalescent shell of a bivalve mollusk known as capiz. The thin translucent shells were individually squared and then set like glass panes into wooden lattice frames to be used as window shutters. This is a unique feature of Philippine architecture from the Spanish colonial period. These windows only occur extensively in the Philippines and in Goa in India.

More recently, capiz shells—sometimes in combination with glass—have been used for elaborate chandeliers such as those in the Cultural Center of the Philippines lobby.

Shell craft producers are currently encountering problems due to the diminishing supply of materials. 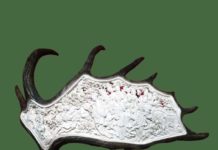