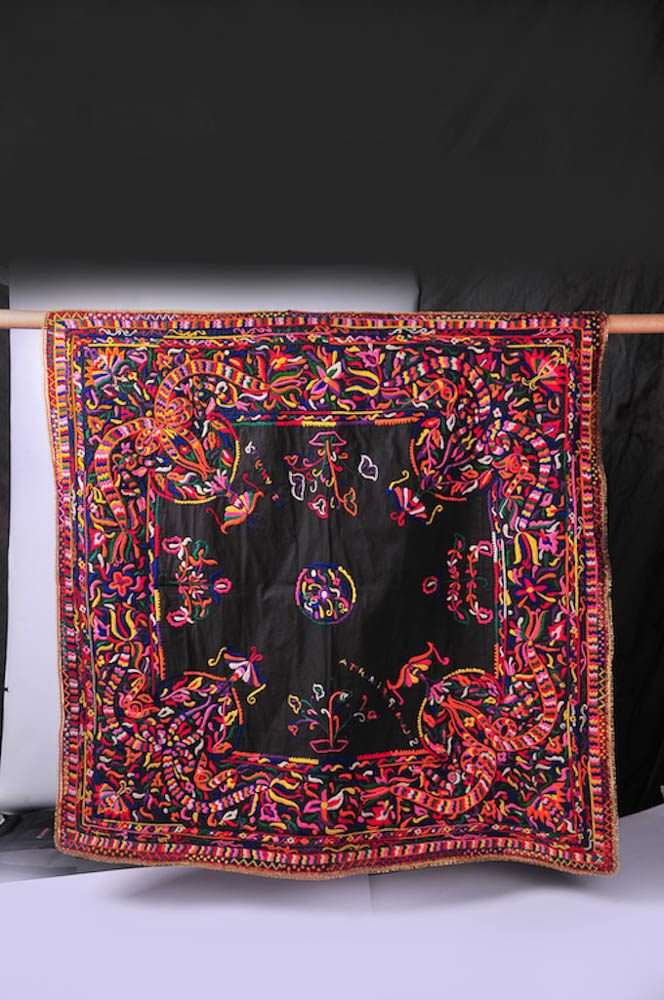 The form, production and use of textiles in Sabah have been largely shaped by the state’s natural environment, geographical location on the apex of Borneo island and centuries of trade and migration, which introduced new materials, technologies and ideas. Weaving remains a respected skill, employed primarily for making ceremonial costumes and to supplement family incomes.

Sabah textiles are of two broad types: non-woven, comprising bark cloth and animal skin or leather, and woven, produced by diverse techniques for different uses. Strips of tarap tree bark (Artocarpus odoratissimus) are still flattened with wooden beaters into lengths of fabric for the embellished jackets worn by Murut men for traditional dances and ceremonial attire, but animal hides, such as orang-utan skins, are no longer deemed appropriate.

Woven cloth is mainly produced on backstrap or body-tension looms by indigenous weavers, such as the Iranun and Bajau of Kota Belud, for making various items of ceremonial clothing, including the mogah tubular skirt and dastar head cloth. Weavers use mainly imported dyed cotton threads and locally grown homespun cotton (gapas or kapas) in contrast to the natural plant fibres of the past, such as the wild banana (Musa textilis) and lamba plant leaves (Curculigo latifolia).

Linangkit panels, a distinctive needle weaving technique, sometimes called tapestry weave,  is used to create dense panels of fabric to both decorate and join two pieces of cloth or the seams of costumes. Prominent also is the reversible kain pis, composed of two richly embroidered back-to-back square metres of cloth in contrasting colours with multicoloured stylised motifs, which is folded into a headdress. Coloured or contrasting threads and organic objects such as seeds, wood, bone and shells, and inorganic objects like metals and ceramics are also sewn onto plain cloth to create clothing items or lengths of fabric for festive, ritual and house adornment. Applique and embroidery techniques are also employed for festive flags, banners to decorate houses and boats, wall hangings and tiered wedding mats.

Tourism, and the need to preserve, showcase and express ethnic identity have encouraged production of traditional textiles and revived obsolete techniques. The Sabah Tourism Board and Sabah Museum are active advocates, holding annual exhibitions and displays to increase awareness of the heritage and economic values of these crafts.