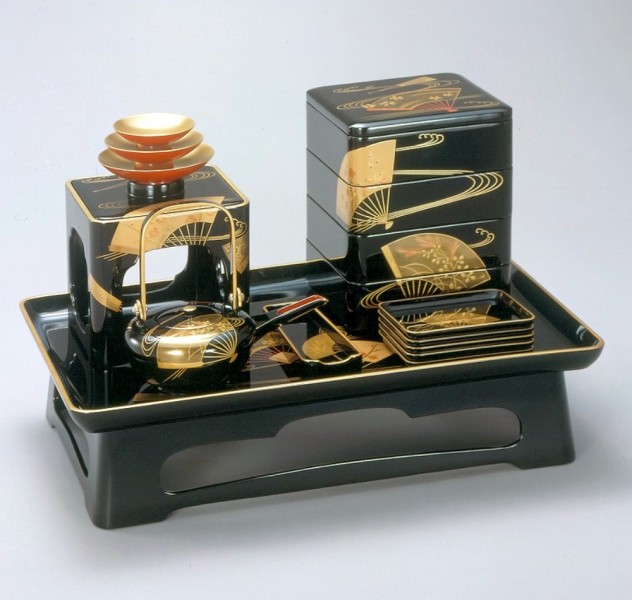 Wajima is located in the Ishikawa Prefecture on Honshu island. Although the oldest piece of Wajima nuri is the shunuri-tobira made in the Muromachi period (1392-1573), other items and tools have been found during surveys of archaeological sites that date back to the Kamakura period (1185-1333). Lacquerware is therefore known to have been made much earlier. During the Edo period (1600-1868), Wajima nuri was known for its durability and was being used in the homes of farmers and merchants up and down the country. By the end of the nineteenth century it was also being used in restaurants and inns and designs gradually became grander and more decorative.

It is impossible to tell by looking at a finished article but those parts which might easily be broken are reinforced with cloth and coat after coat of lacquer have been applied. Lavish decoration is sometimes applied by incising a design into the lacquer and filling it with coloured lacquer. This is the chinkin technique, whereas maki-e is the application of metallic decoration, usually in gold. A wide range of tableware is being produced besides some smaller pieces of furniture.

A rough wooden base is made from high-quality wood and fabric is pasted on to the more fragile areas with lacquer. For the base coat, zinoko (diatomite powder) is mixed in with urishi (lacquer), and applied in layers two or three times; next, raw lacquer is applied directly to those parts that may chip easily. Then, after intermediate and top coats have been applied, decorations like gold inlays or gold-sprinkled lacquer are added. 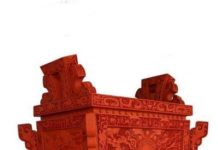