Mongolians have been using traditional boots since the Khunnu days in the second century BCE. This is considered a traditional craft, which has been passed down through generations. Mongolian boots are used and made only by Mongolians. The distinct design makes it unique. It has been developed to suit Mongolian weather and nomadic lifestyle. The boot is usually long with a curled up toe and is decorated with an elaborate pattern. In addition, it can be used throughout the four seasons. It can be made for every age group, including children, adults, seniors, men, women as well as for the traditional wrestler. In traditional Mongolian wrestling, it is required that competitors wear only Mongolian boots—no other clothes. Mongolians use these boots a lot especially herders, because it is easy for them to sit, stand, and ride a horse. Also, it can be worn on special events such as national holidays, weddings, fashion shows, receptions. 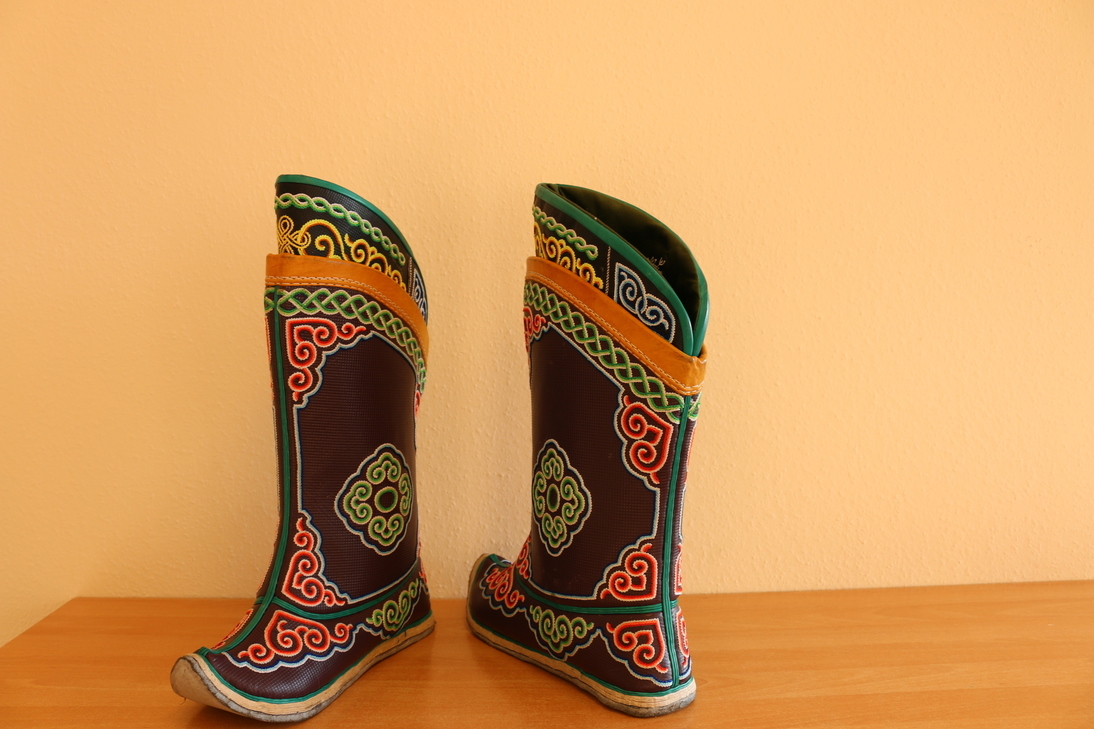 People can find Mongolian boots in many places like handcrafts store, clothing and shoes market or order it from people who make the boots. 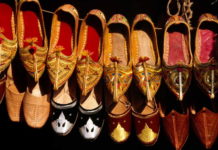