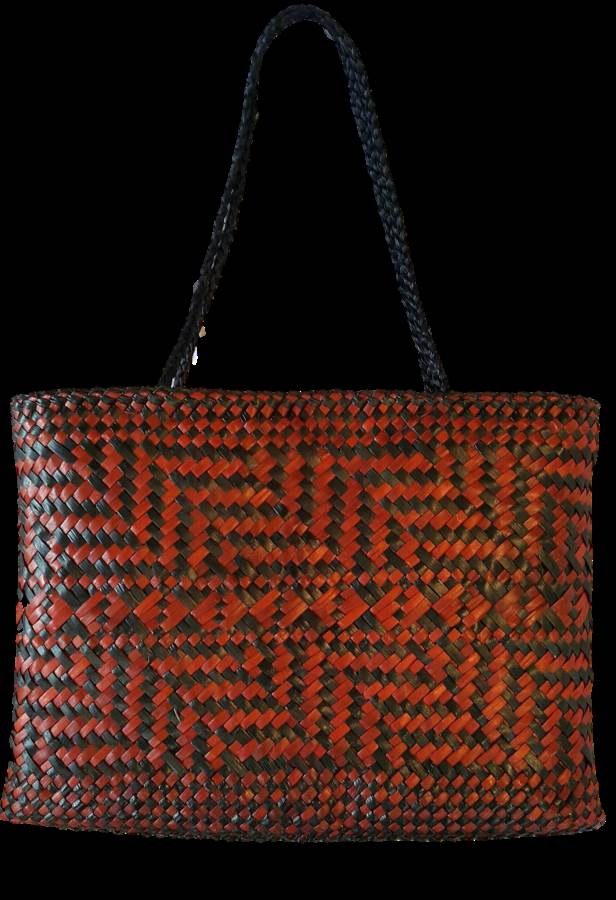 The three main techniques used by Māori weavers are raranga, taaniko and whatu. Using these techniques to weave flora and fauna native to the landscape of Aotearoa New Zealand led to a distinctly Māori weaving style. The ancient Māori was able to produce a range of woven items including baskets, fishing nets, floor mats and garments of both utility and aesthetic beauty. Many of the techniques, materials and patterns used in traditional Māori weaving continue to be used, taught and practised today.

The raranga or basketry technique is similar to most basketry techniques found throughout Asia-Pacific. However, the natural materials of harakeke (NZ Flax or Phormium tenax), kiekie (Freycinetia balieriana) and pingao Demoschoenus spiralis) combined with traditional weaving patterns produce basketry that is identifiably Māori.

Garments such as the kahu huruhuru or feathered cloak were produced using fibre extracted from the flax leaf, plied and woven together with the whatu technique. Patterns were created by weaving in feathers of native birds. The borders of these traditional garments were further enhanced with taaniko. This twining technique was also used to create patterns.

In the absence of a written language, the raranga and taaniko patterns were ascribed symbolic meaning. In this way, the weaver was able to tell a story with her weaving. The woven item became not only valuable for utility and beauty, but also for the meaning it conveyed.

The art of Māori weaving using the traditional techniques, materials and patterns has continued largely as a result of a Māori cultural resurgence in the mid to latter part of the twentieth century. The teaching and practise of these techniques, the use of traditional materials and story -telling, coupled with the strong desire by Māori people to retain their traditions has been key to the survival of these art forms.