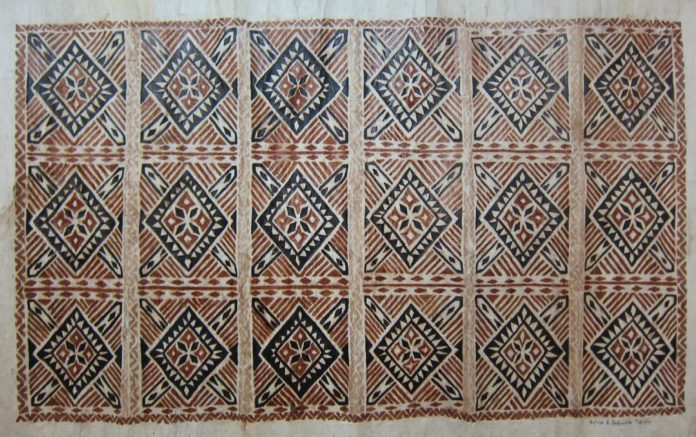 Samoan Siapo is made from the u’a tree, (Broussonetia papyrifera). The making of siapo is labour intensive and involves stripping the bark, beating and soaking the bark, stretching the bark, patching the bark and drying it. There are two ways of creating designs on the siapo. The ‘elei method involves rubbing a basic design on the siapo with a red stone and then over painting the design using natural dyes made from seeds and bark found in the forest. The mamanu method of marking the siapo is rarely seen these days and involves the women hand-painting the siapo with a range of handmade dyes again found in the forest and plantation.

Siapo patterns find their inspiration in simplified natural patterns. The straight lines depicting nets used to catch birds, fish and turtles. The small lines coming from commonly used objects such as coconut leaves and sinnet. The trochus shell another source of inspiration is found in the many triangular shapes seen on siapo. Other symbols are derived from pandanus blooms and leaves, breadfruit leaves, bird footprints, starfish, stars, bananas, worms and the centipede, sea urchins.

Today siapo is used as a cultural item of exchange and as apparel during Samoan ceremonies. Yet even today siapo is used to adorn high-ranking individuals during investitures of chiefs, marriages, funerals, and almost any type of culturally significant events. Siapo is also used to create gowns for beauty pageants, as house decor, and still as funeral shrouds.

Siapo designs are the formal wear of officials in Samoa. Many kinds of fabric that are bulk printed or hand printed for the traditional or contemporary fashionable Samoan individual. The prolific use of Samoan siapo symbols to adorn everyday and formal fabrics reveals how Samoans identify very closely with their traditional motifs and how they have integrated them into their daily lives. 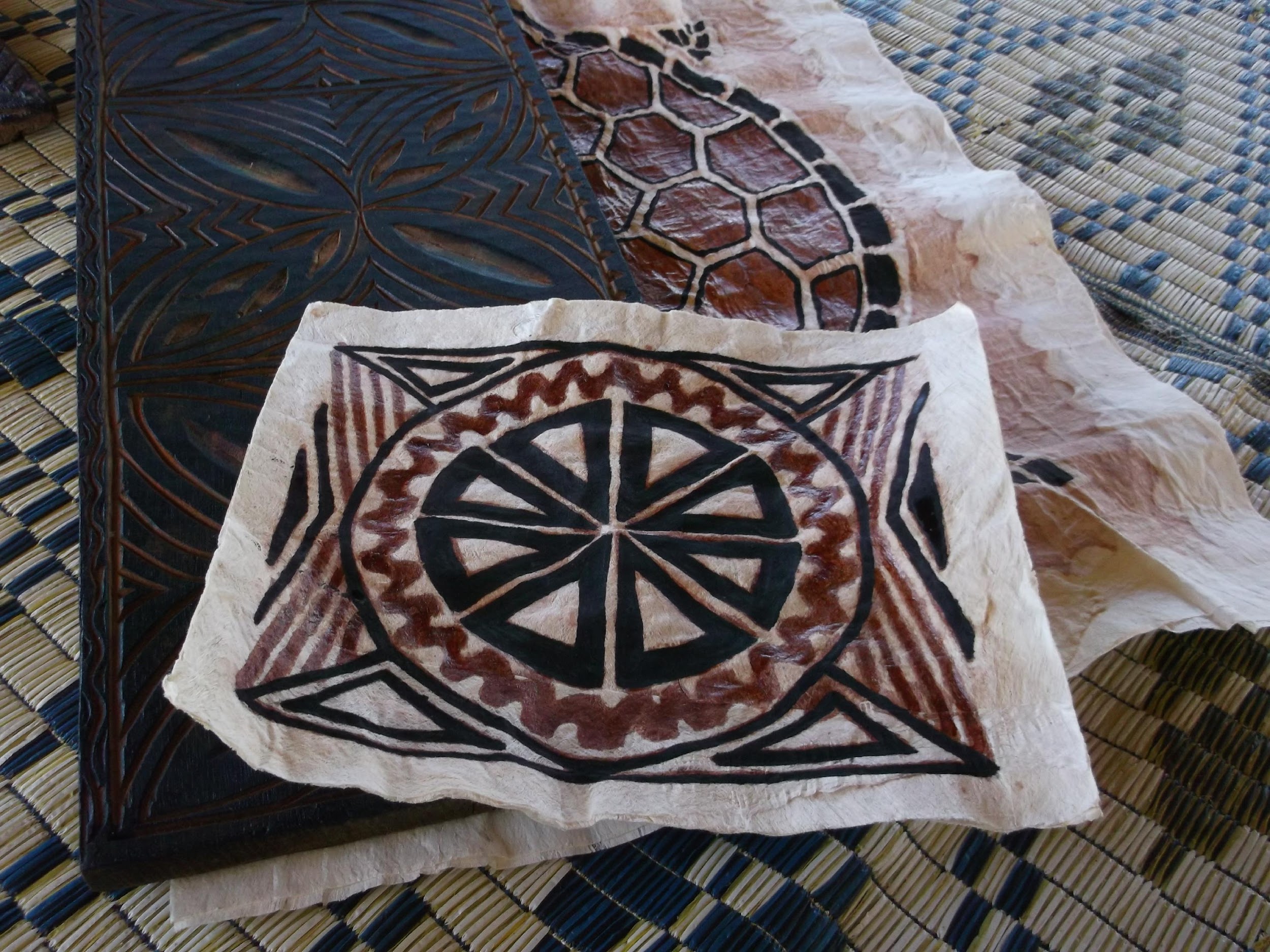 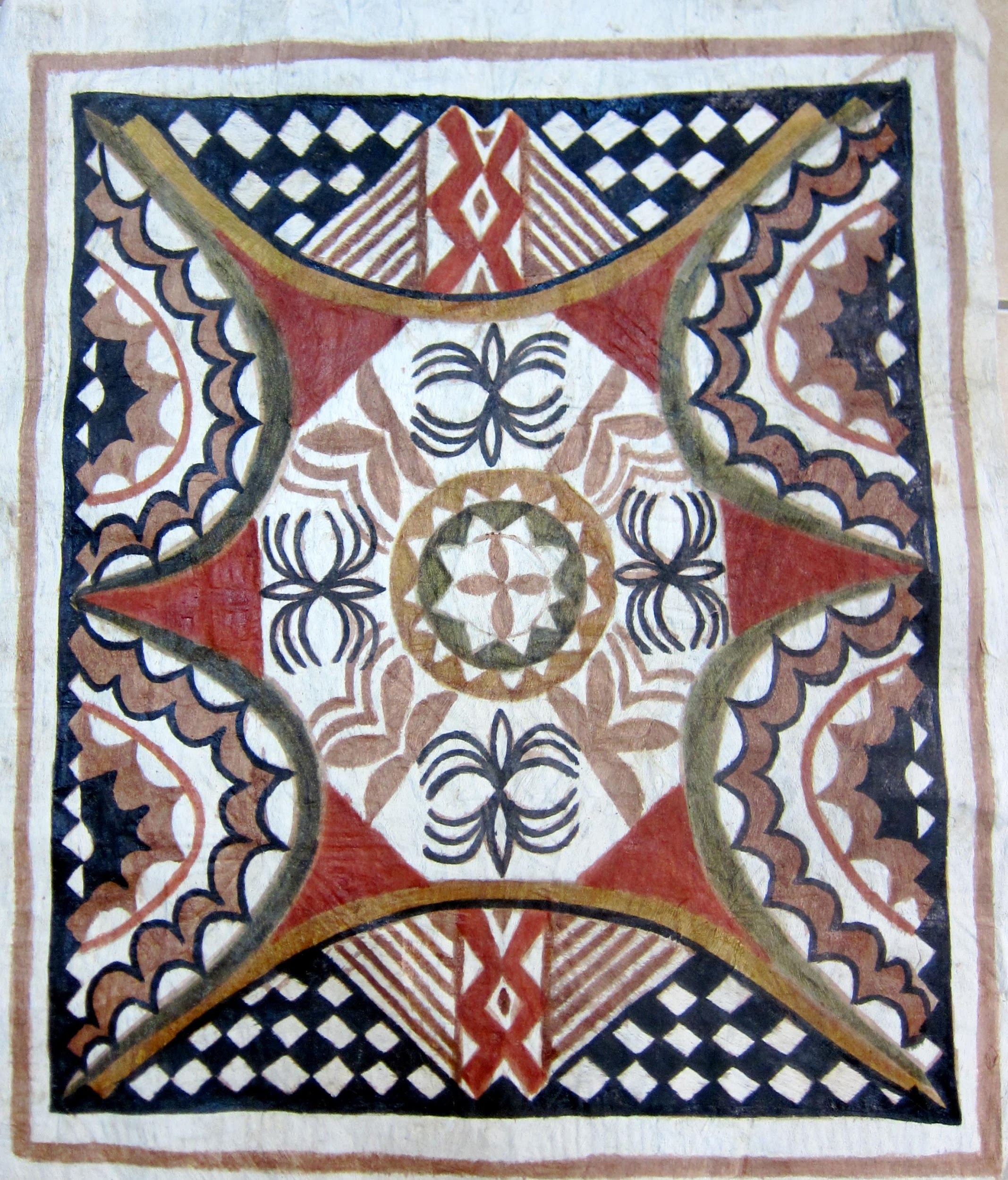 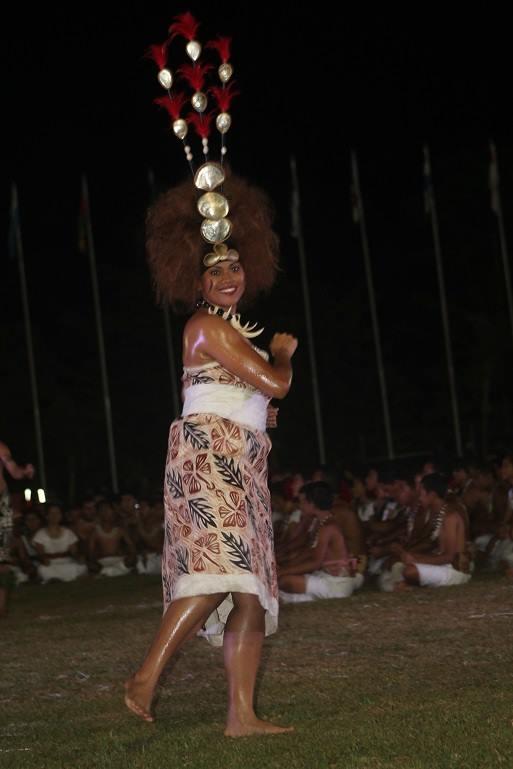 Samoan Performer wearing a siapo as part of the ceremonial apparel.