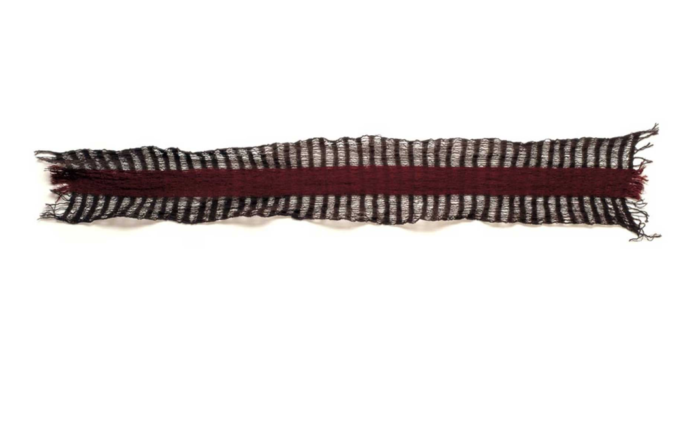 As a British colony, most of the textiles in Australia were imported. However, during times of shortage, such as the Great Depression in the 1930s, unique forms of “make-do” textiles emerged such as the Wagga Blanket, patched from old suits and flour bags.  Following World War 2, many trained textile designers migrated to Australia establishing print or weaving studios for commissions, designs for industry or exhibition.

As the colony developed, much of its wealth derived from the wool industry. While a great deal of this was exported, there was some processing and production in Australia. Support for Australian manufacture in wool is promoted through the Woolmark label. Though most textile production is now offshore, Australia does have a significant fashion industry, including designers who cater for the local market. There are regular Fashion Festivals in most capital cities. Embroidery and quilting are very popular crafts and are well represented by guilds in all states of Australia.

Much textile craft is conducted in studios or guilds. In weaving, Handspinners and Weavers Guilds are present in all states of Australia and some regions. The Australian Tapestry Workshop was established in 1976 to produce hand-woven tapestries. It commissions designs from well-known artists which are interpreted as tapestries by trained weavers using the Gobelins technique that was established in mid-fifteenth-century Europe and introduced by Archie Brennan.  Many of these hang in public institutions, such as the Australian Parliament. Kay Lawrence and Sara Lindsay are prominent weavers using this technique.

Liz Williamson was selected as a Living Treasure: Master of Australian Craft for her achievements in textiles, education and advocacy. Her weaving practice references cultural and domestic textiles such as darning for production and exhibition. She has taught many students at the University of New South Wales where she organises regular courses in and exchanges to India.  Artist and educator, Valerie Kirk, Head of Textiles, Australian National University 1990- 2016, has exhibited, curated exhibitions, led international textiles tours and contributed substantially to the development of contemporary textiles in Australia. Some artists have explored the technology of digital jacquard, including Canberra-based weavers Jennifer Robertson and Monique Van Nieuwland.

The plant life of Australia provides many uses for natural dyes with bush camps in the 1990s introducing many to colouring cloth with Australian plant dyes. India Flint has established an international reputation for her works and distinctive dyeing techniques. Barbara Rogers was a founding member of the World Shibori Network and is active in promoting the Japanese technique. Julie Ryder and Tony Dyer have made prominent contributions to art from textile dyeing.

Screen-printing is popular throughout Australia. Julie Paterson established Cloth over 30 years ago for hand screen printed interior textiles. The director of Spacecraft, Stewart Russell, works with many artists in significant textile printing commissions. There are many Aboriginal art centres that specialise in unique textile art, reflecting their designs in painting. These include Tiwi Island, Injalak, Maningrida and Merrepen. Mornington Island is known for its felt work. Lucy Simpson established a successful contemporary design practice Gaawaa Miyay in 2009 in Sydney, representing Indigenous visual narratives on fabric.

Australia textiles is well connected to the rest of the world. Artisans of Fashion is a conduit for collaboration with Indian textile artisans. There have been a number of batik exchanges with Indonesia, including the Aboriginal Art Centre in Utopia. Ruth Hadlow maintains links with the weavers of West Timor and Samorn Sanixay runs a successful weaving workshop in Laos.

The major national organisation is the Textile and Fibre Arts Australia, which has a regular newsletter and hosts annual Fibre Forum in Geelong, Victoria. The major exhibition is the Tamworth Textile Triennial, which tours nationally. Various regional galleries specialise in textiles, including Ararat and Wangaratta.  The Wangaratta Art Gallery recently established the Wangaratta Contemporary Textile Award attracting interest from professional artists working in textile materials. Apart from the universities already mentioned, textile art, design and craft is taught at RMIT University, University of Technology Sydney, University of Wollongong and Queensland University of Technology.