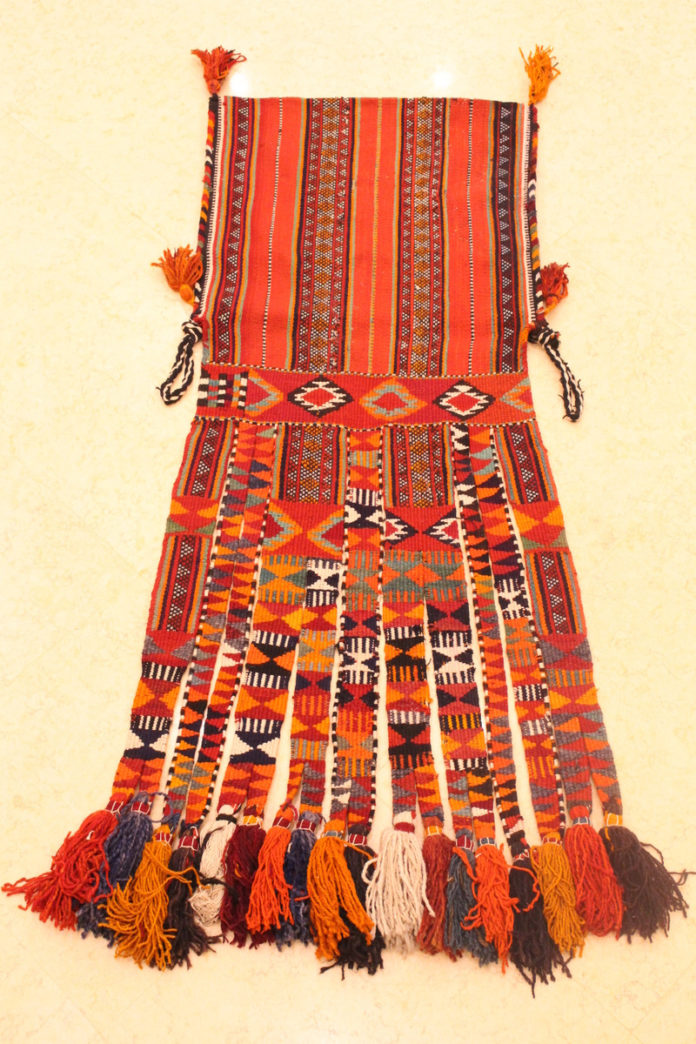 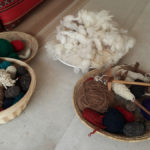 This craft is well known among the Bedouins of Kuwait and the Arabian Gulf countries, as well as, Arab countries such as Iraq, Jordan and Syria. Sheep wool, goat hair, camel hair, and cotton yarns are the four natural fibres used in Al-Sadu weaving. Only white wool is coloured with natural substances such as alum, dried lime, henna, madder and safflower. Lately, chemical dyes are heavily in use due their low prices and fast results.

The flat weave warp-face technique is the commonly practiced one. Its end products are used to build the traditional Bedouin tent (Bait-al-Shaar), as well as making tent dividers (qatta), pillowcases, area rugs (bisat), saddle bags (khraj), handbags (mizwadah), storage bags (adel), blankets (lihaf). Also, many decorative items are created with this craft to enhance the looks of Bedouin tents, camels, horses and camel litters (hodaj) which are used by women when traveling. 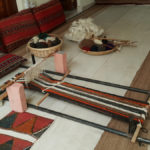 Al-Sadu hand craft is taught to Bedouin girls at an early age. They start by helping their elderly, and as they grow up they weave themselves. The basic and simple Al-Sadu motifs taught to young weavers are the border and semi-border motifs such as Hubub seeds, Dealla ribs, Eein eye, Dhurs El Khail horse teeth and Uwairjan lines of triangles facing each other. Later, the young weaver is taught the advanced motifs that are placed in the long central pattern which is called the shajarah or tree which consists of a collection of motifs. When mastering weaving the shajarah, the young weaver is recognized as thafrah or victorious .

The traditional Bedouin tent betasharr (house of hair) is no longer made. Sadu weaving is still active in Sadu House, Kuwait City, and in private homes.