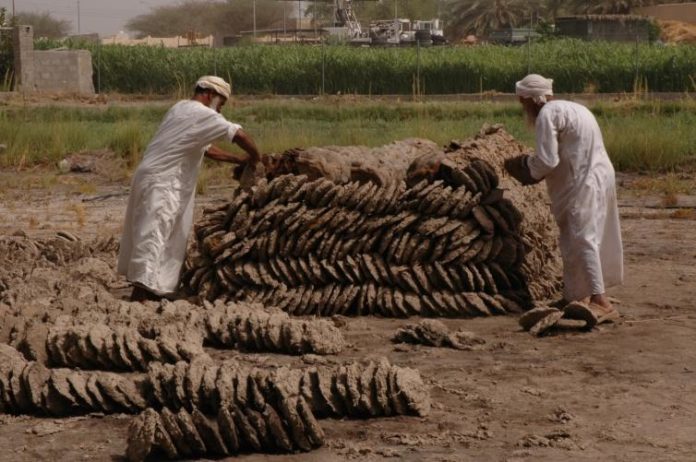 Alsarooj is a kind of clay burnt at a certain temperature. It is produced from clay, which was originally used in construction works instead of cement. The alsarooj industry is known in Oman for a long time as it was used in the pre-Islamic eras in the construction of certain forts. It is also considered an important material in Omani architecture, as it can be found in old mosques, houses, forts and castles. It is produced by collecting soil from suitable places, purified and mixed until it becomes a consistent clay.

The stages of producing alsarooj start by preparing the area in which it will be placed. It is called al mahaba (made of the dry date palm trunks arranged in layers) with an area of 100 sq.m. Here, dried palm tree trunks are arranged to a height of 120 cm, and stones are inserted between the clay tablet valleys to strengthen the pile of palm trunks. Then, al mahaba is burned at a temperature of about 900°C. The burning process continues for two weeks, after which alsarooj will be ready to be transported to the required site. The production of alsarooj is explained in the following steps: (Public Authority of Crafts industries: 2014:211-213). 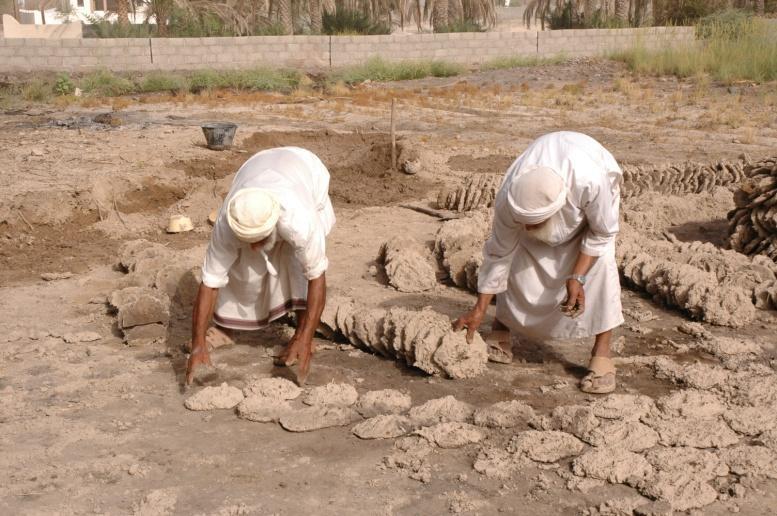 In the burning process, the following steps are followed: