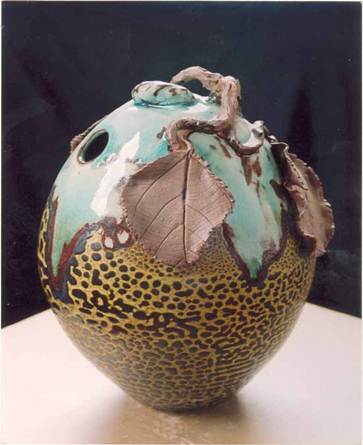 Pottery is the most widely used because it is easy to manufacture, cheap, and suitable for the rural life. The main products are pots, pans, kettles, jars, and so on. The material is only clay, which is available everywhere. The clay will be first beaten and crumbs removed, then the clay will be incubated for several days and molded on turntables, finally put into a wood-fired kiln to a temperature of about 700 to 800 degrees of Celsius. Products are usually yellow, slightly red like bricks, and not patterned. Nowadays, due to many industrial products, earthenware pottery is rarely used and any places have stopped producing. But clay pots are still sold to restaurants. 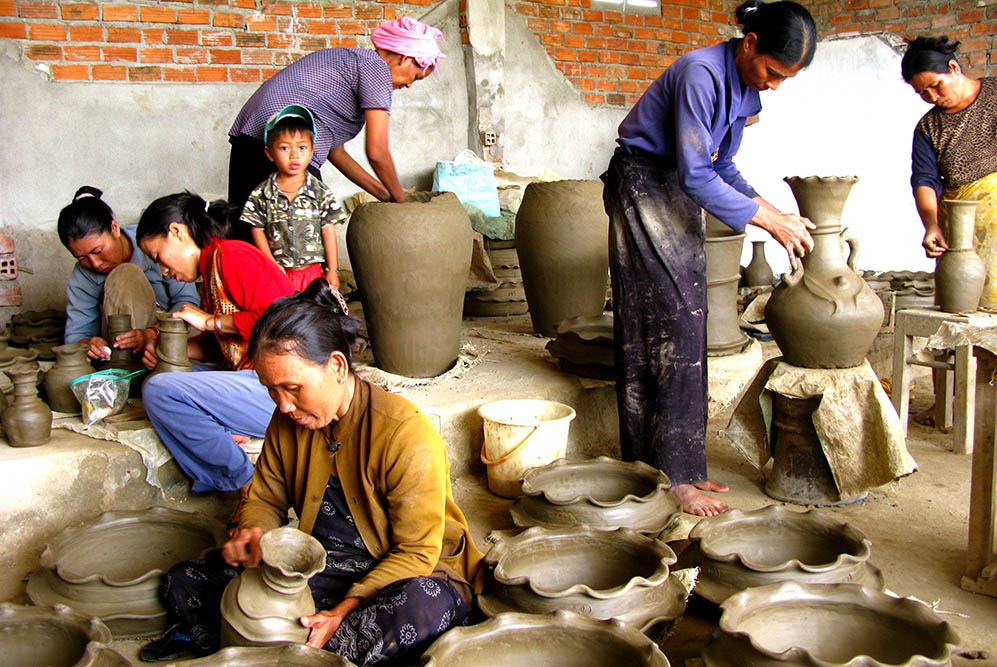 Earthenware pottery is still famous from the Cham pottery in Bau Truc, Ninh Thuan. There are more than 300 households still making ceramics, mostly by women. The special technique of Bau Truc pottery is clay mixed with white sand, which is molded by hand and does not require the use of wheels. The molded product is placed on the ground, then covered with straw, husk, before being fired with wood to temperatures of about 500 to 600 degrees Celsius. After six hours, the product is removed and injected with wild golden apple tree resin, then baked to two hours. So products are usually black, gray, dark brown unevenly. 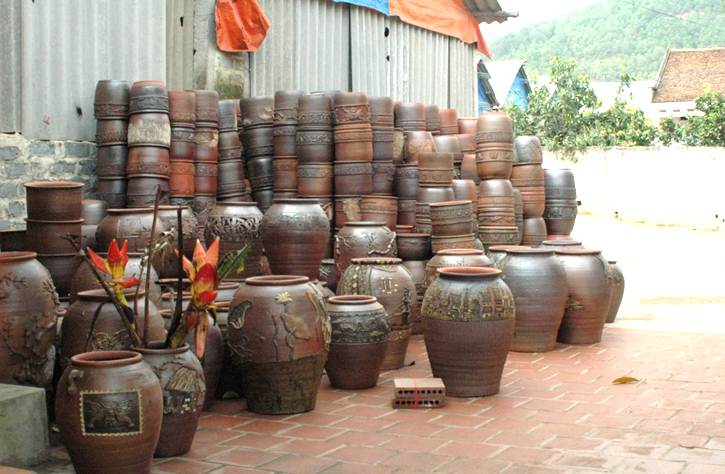 Pottery of Muong Chanh, Son La also has special techniques. The clay is sufficiently beaten, molded on hand-spin wheels and simply patterned with wavy shapes or lines. Pots are fired in an earth oven at about 600 degrees of Celsius. When the product is ready, one will use leaves to fill up the oven orifice then cover with the outside to maintain the heat for the next few days, so Chanh ceramics is usually black blue,which is preferred by the mountain people. The Chanh pottery products are made as daily tools, different animals, and types of children toys. 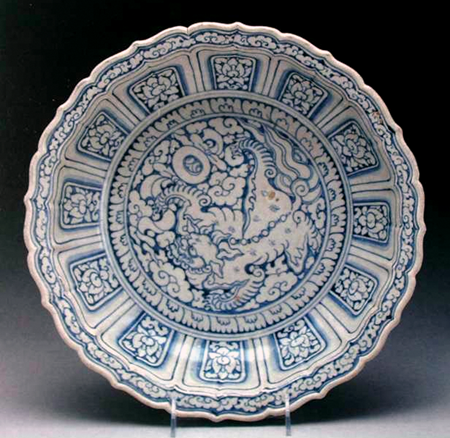 Thanh Ha, Hoi An City, Quang Nam is a village that is famous for its terracotta products used daily and architectural decoration. Thanh Ha pottery products are often yellow and brick-like red.

Vietnamese crockery has a higher quality than terracotta pottery. The main raw material is clay, but it must be kneaded over many days. Rounded products are shaped on kick wheels, while the products with complex surfaces or forms are pressed into a wooden mold. After drying, they will be glazed. Pottery glaze is made from ash of some plants, mixed with lime, alluvial soil, rocks, and crushed smoothly, filtered, then coated on the products. When unfired, the glaze is milky. After baking the glaze turns yellow and deep brown. The ovens are often built into connecting domes on the ground along slopes, which are tens of meters long, and the wood is burned completely at temperature of about 1,000 degrees Celsius. Products are often jars. In addition, the makers also create other products for worshipping ancestors including animal statues. In recent years, Phu Lang villagers have also embossed decoration on traditional products and enamel paint ceramic painting; so that pottery has become the fine handicraft kind that many people enjoy. The most famous pottery villages are Phu Lang Village, Bac Ninh, Huong Canh Village, Vinh

Glazed ceramics is the most well-developed type of ceramics and most commonly used today. The raw material for the glazed pottery is white clay, which is handled carefully through four filter tanks. In the first tank, the raw material is soaked in water for about three to four months to create a liquid mixture. Afterwards this mixture will be separated from water and poured into the second tank, so that the clay is settled, letting the other contaminants emerge. After getting rid off the contaminants, the liquid will be put into the third tank and drained after three days. Then it will be moved to the fourth tank to be incubated. The longer the incubation the better it is: prebiotics will decompose the rest of impurities. There are three ways to shape the works, which are to mold on the wheel, to squeeze into the mold frame, or to pour the liquid into plaster moulds. There are four decoration techniques, including drawing, etching, embossed texture to the product and generating the melting enamel.