The traditional woven textiles, locally known as Kain tenunan Brunei is one of the material cultures which is conspicuously consumed and plays dominant role in Brunei society. They are used as ceremonial dress at royal weddings as well as other royal court functions. The consumption of traditional textiles extends to other than ceremonial costumes, but they are also used in a plethora of other paraphernalia. They are extensively consumed not only among the royalties, but also among the commoners. 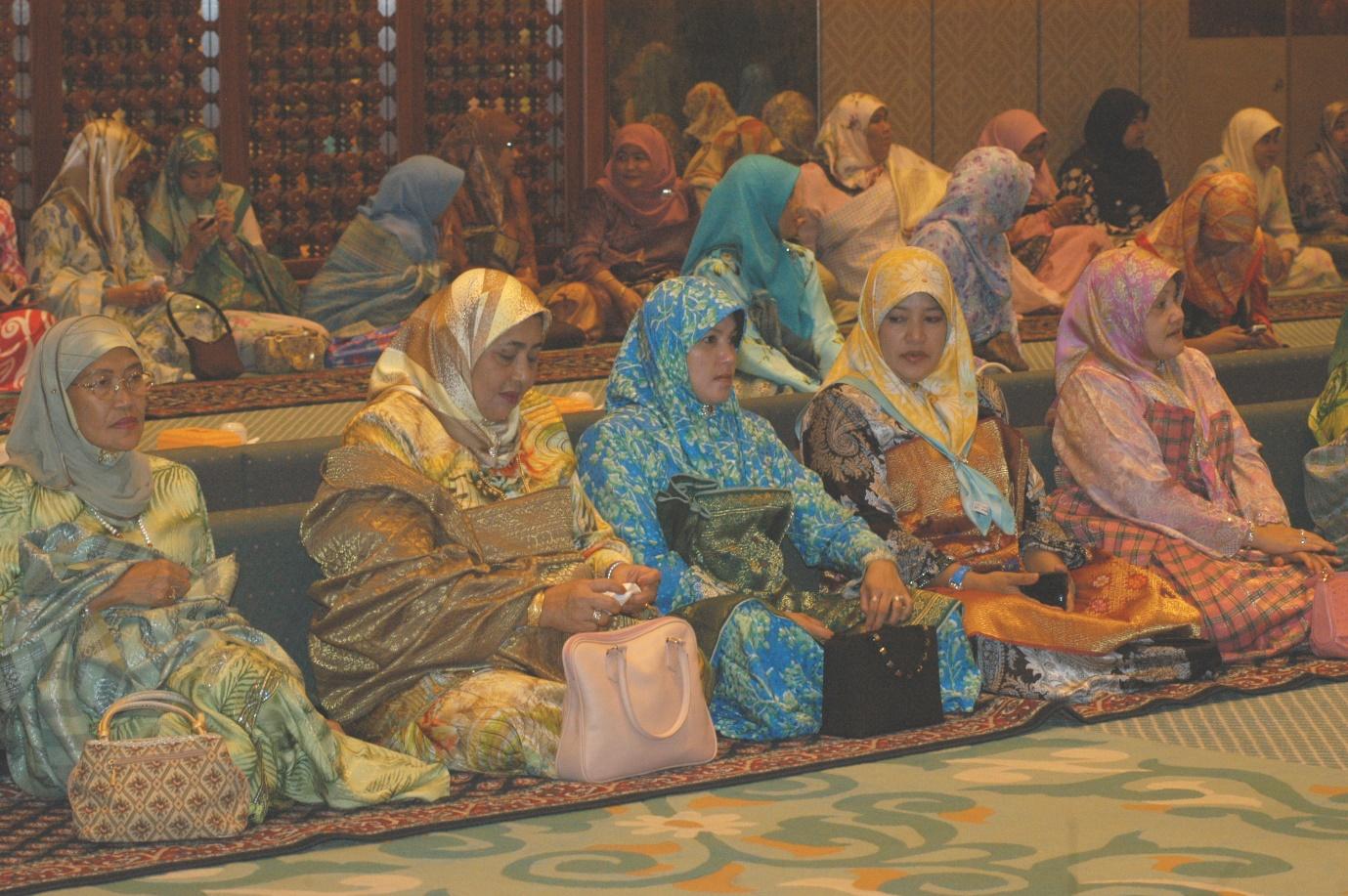 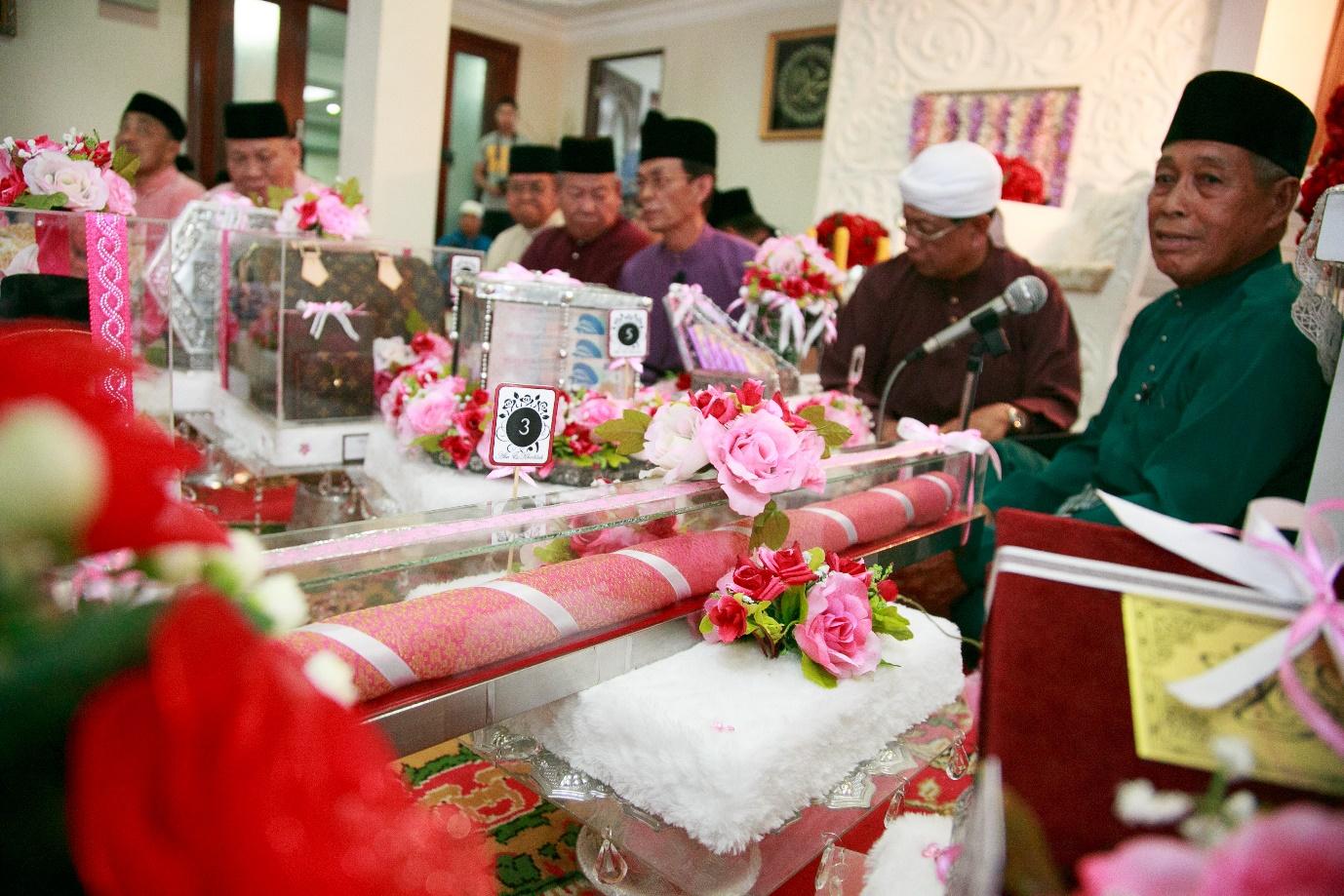 Traditional textile is given as wedding gift from a groom to his bride.

Traditionally, weaving in Brunei Darussalam has always been women’s activity; however, the implements are ordinarily made by men. Bruneian weavers continue today to use traditional, non-machine operated looms. Kain tenunan are admired not only for their beautiful, colourful and rich appearance, but also because of their intricacy of their production as well as for their fine quality. 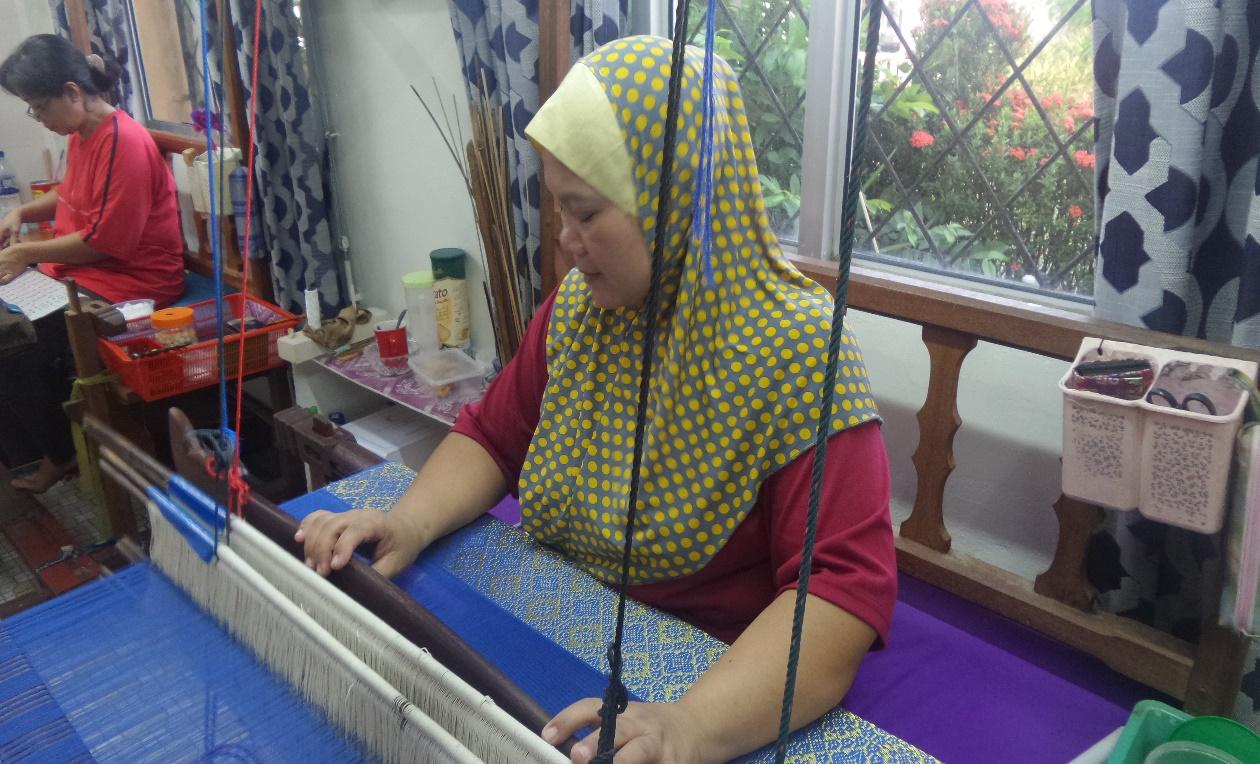 Kain tenunan can be divided into two types: kain tenunan biasa (ordinary woven cloth) and kain bepakan (fabric with glossy appearance). In kain tenunan biasa either cotton or silk yarn is used for the background of the material and the warp and weft. Gold, silver, or other metallic and different coloured threads are only used for the motifs. The background of kain tenunan biasa has a matt finish. In kain bepakan cotton or silk yarns are used as the warp and the weft. However, additional gold, silver or metallic threads are woven alternately between the cotton and silk threads on the weft, thus giving the fabric its shimmering or glossy appearance.

There are five designs that can be categorized under the susunan bunga penuh pattern. They are Jong Sarat, SiLubang Bangsi, Sukmaindera, SiPugut, and Liputan Madu.

The susunan bunga bercorak pattern is designed with stripes either vertically, horizontally or chequered. 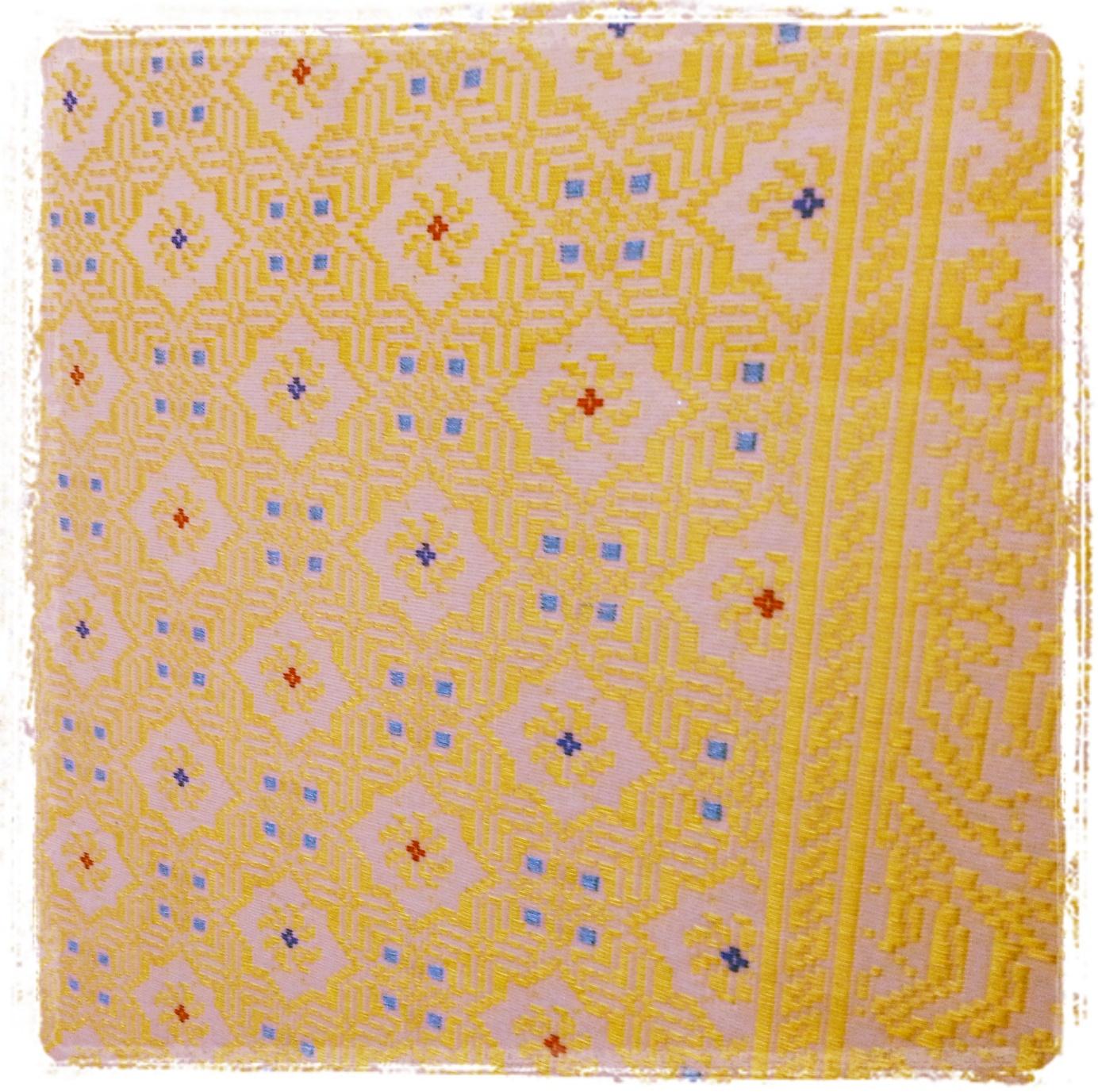 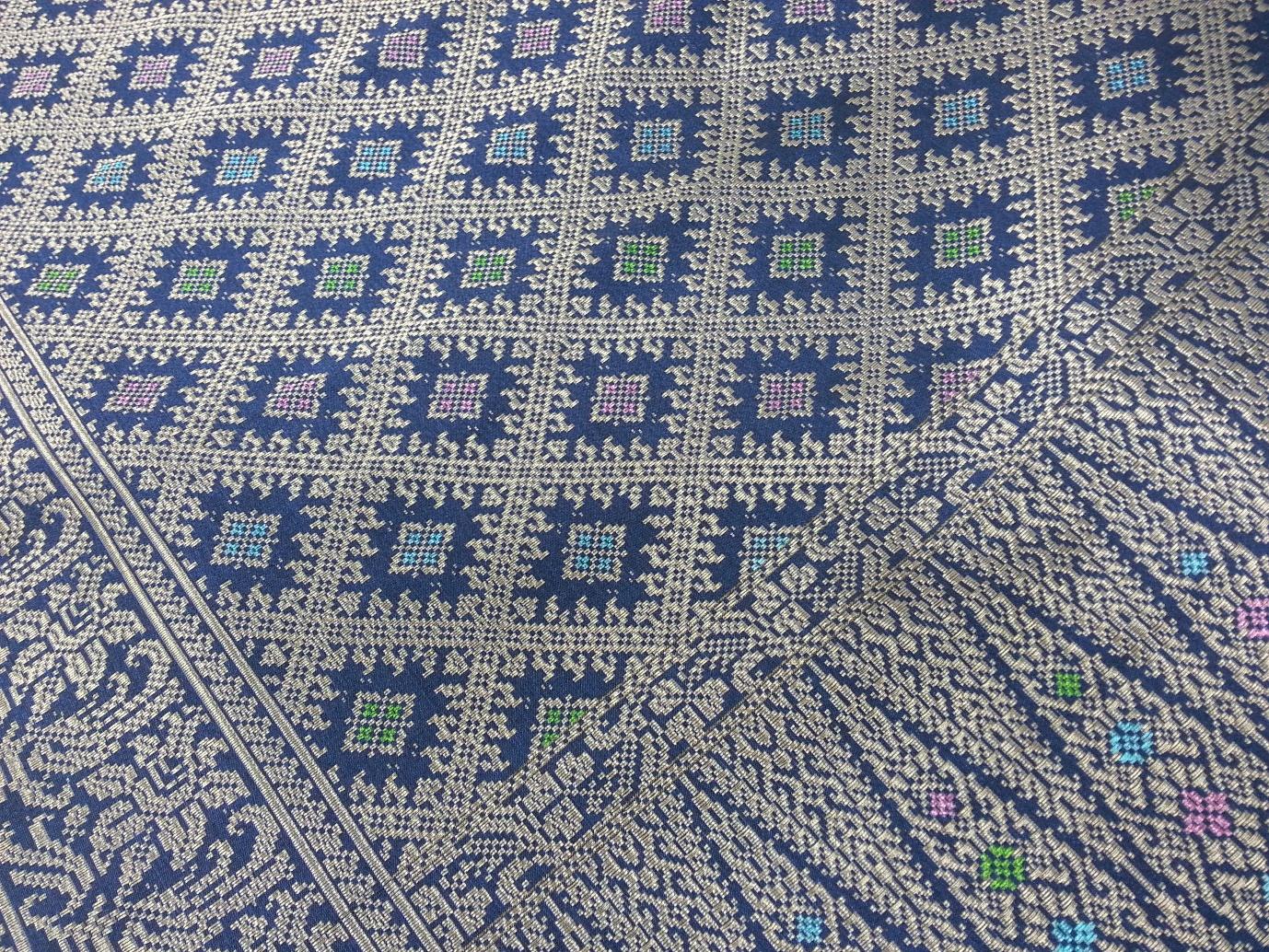 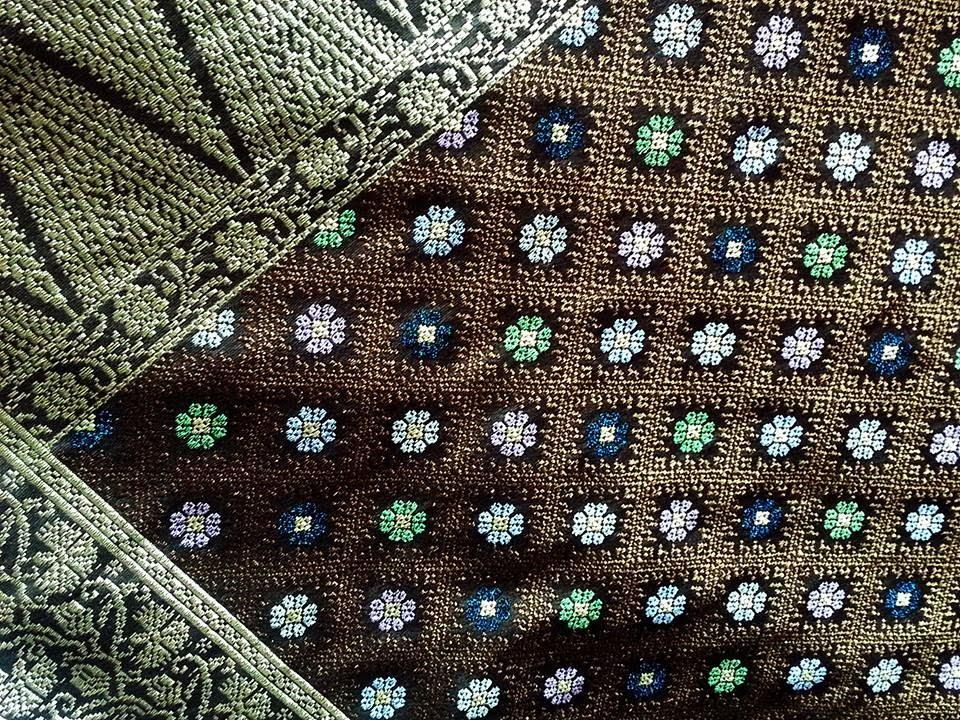 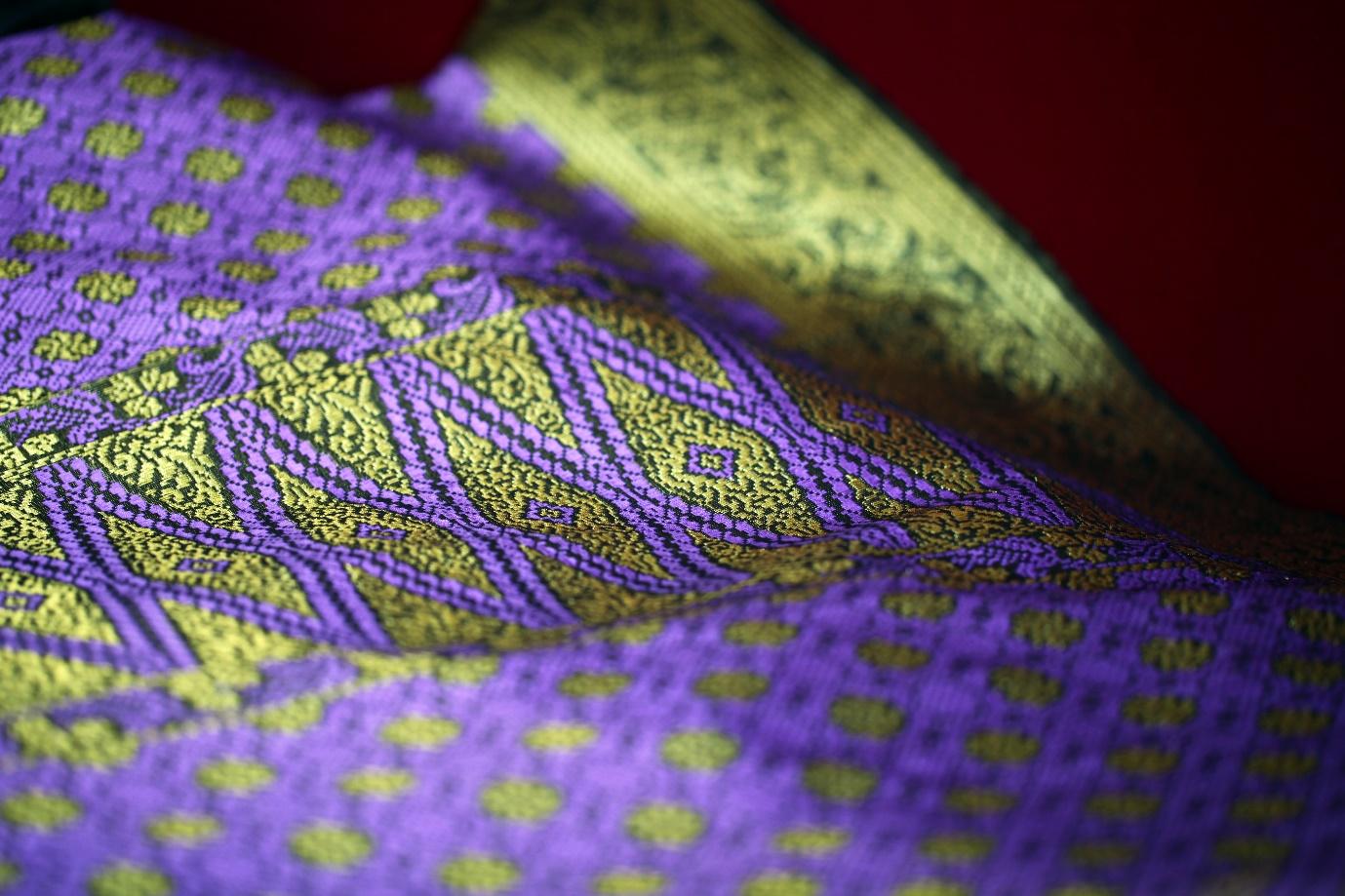 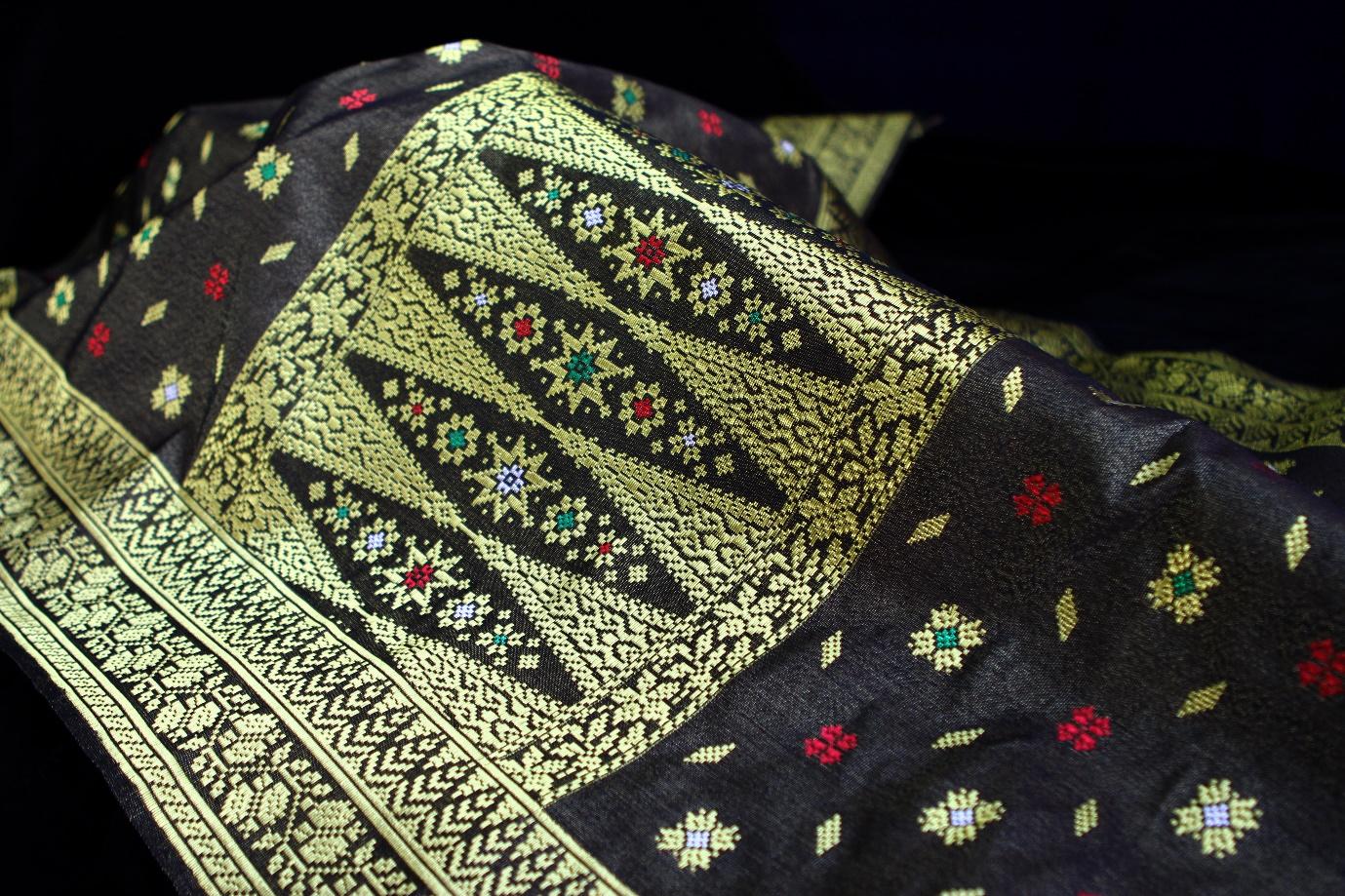 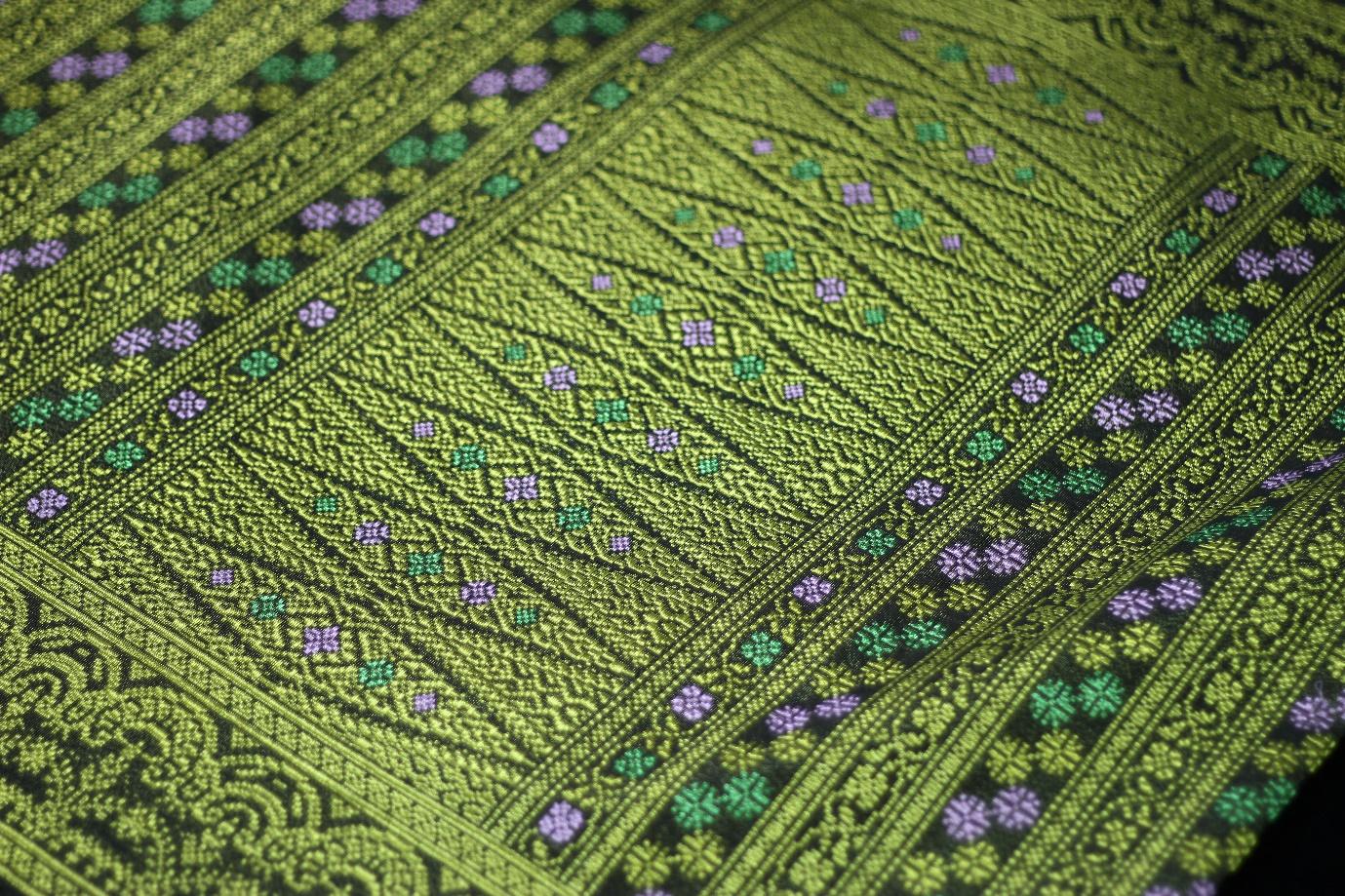 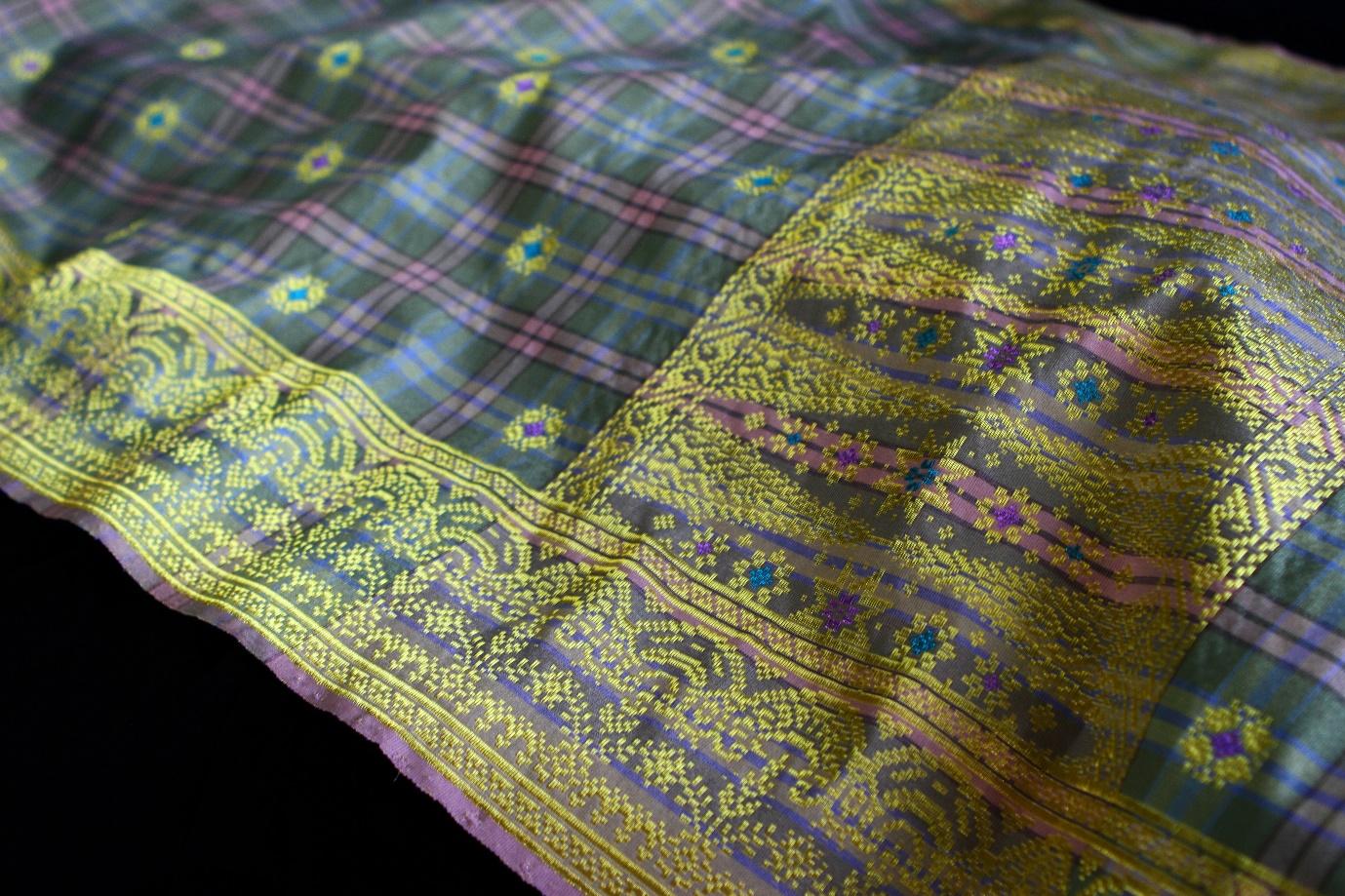