The villagers and the potters are Mon, whose ancestors dwelt originally around Bago and neighbouring areas in Myanmar 200 years ago. When the Burmese occupied pre-Mon area, the Mons escaped persecution by taking refuge in Thailand. The Thai king permitted them to settle down at Pak Kret, where they had established a pottery village. Most of them became Thai nationality with Mon ancestry. They set up kilns to produce various types of earthenware, such as jars, pots, bowl and mortars. Their products are among the most practical as well as most beautiful of all unglazed earthenware. For over two centuries, the potters have earned their living by making pottery.

The clay is found locally, mixed with fine sand. The mixture is made smooth by buffaloes that tread the clay until it is soft and workable, like plasticine. To make clay vessels, it is necessary first of all to shape them, and then to burn them in order to make the clay hard.

Pots are formed on a potter’s wheel, a low wooden stand with a round plate on top, which revolves like a gramophone turntable. The potter takes a ball of clay large enough for the pot he intends to make and throws it on the wheel so that it sticks firmly. Then, he places his hands on each side of the clay, while an apprentice turns the wheel. The potter pushes his thumbs into the round clay at the top and works it hollow, cleverly shaping his material as he wants.

There is another method of throwing and shaping an article out of clay: coiling and throwing. The potter takes the coils of clay and shapes the article by coiling in the first step. Then by throwing he shapes the article as he wants. This is a more difficult method for making big jars.

When the piece of pottery is taken off the wheel, it is put aside to dry. Decorations are impressed on the surface, creating the designs that have not changed for centuries. After initial drying the surface of each pot is burnished, using a smooth stone to create the characteristic smooth, polished finish. When completely dried, pots are then packed into the kiln. The heat is controlled between 700-900 °C for up to seven days or more depending on the size of the pots as well as the size of the kiln. 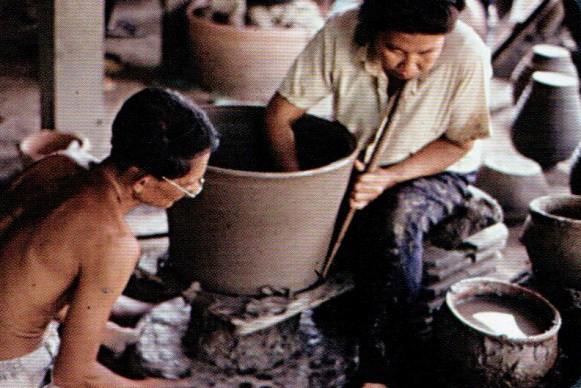 In addition to its advanced craftsmanship, Pak Kret pottery is a symbol of faith in Buddhism and the monarchy. Pottery of delicate designs has been made as tributes to the royalty and high- ranking noblemen and monks. Descendants of Mon potters have continued this great craft till today. 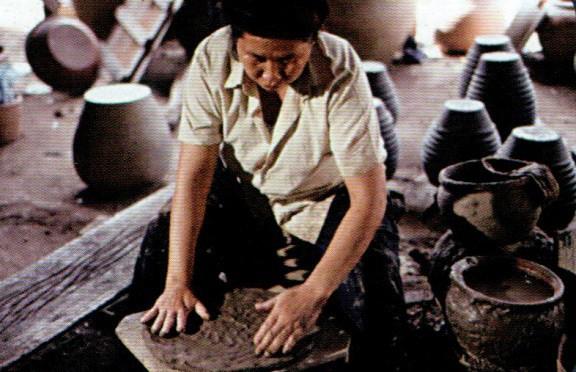 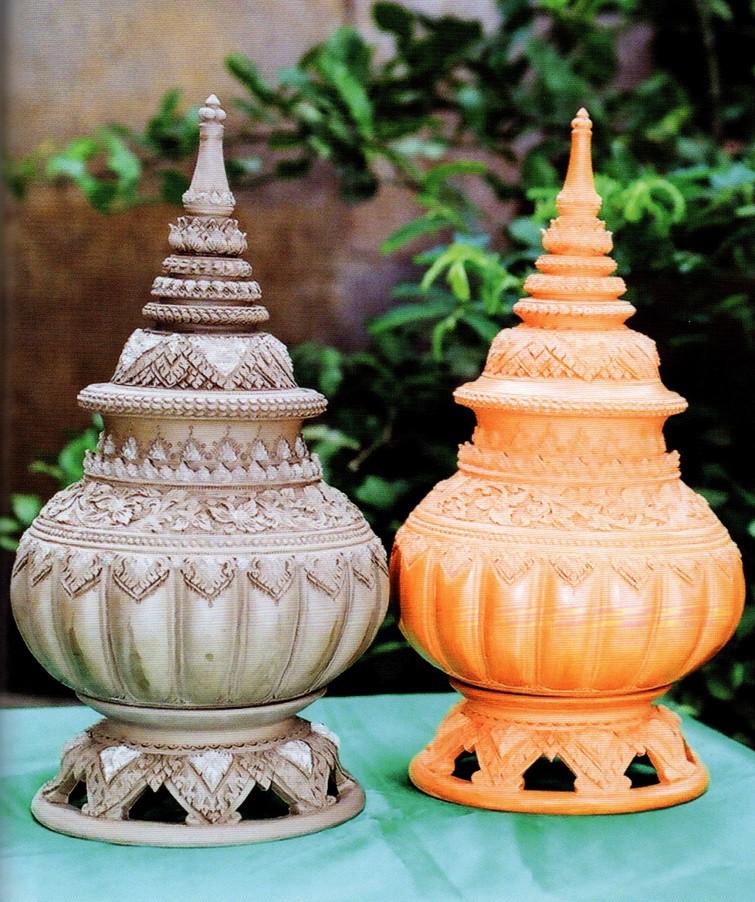 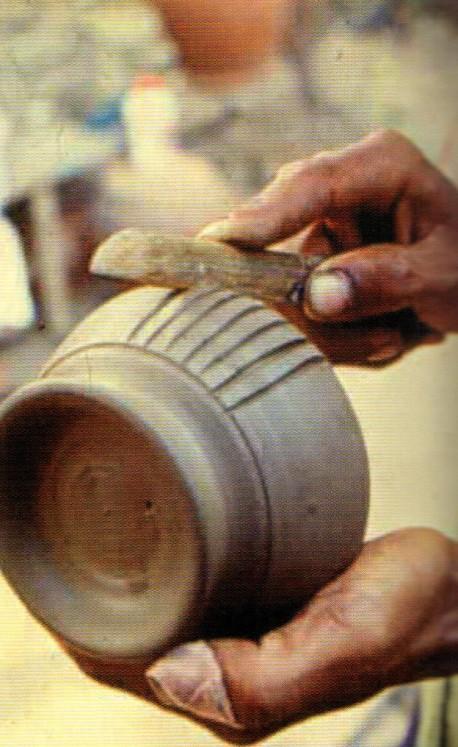