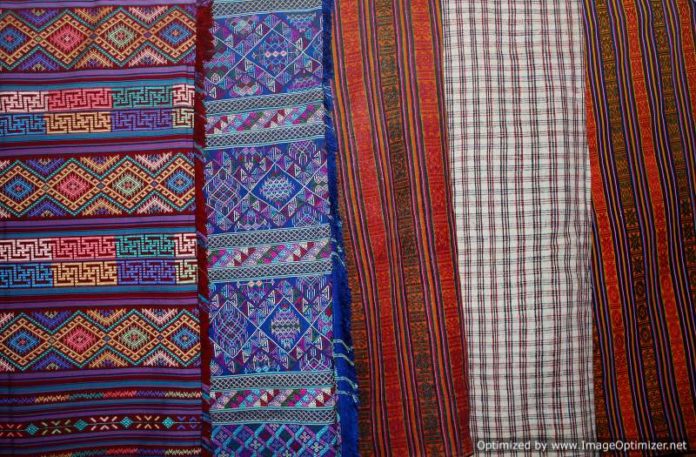 Tha zo or weaving in Bhutan is one of the first arts to be mentioned in the early Bhutanese literature. It is widely spread across the country, as textile is integral part of Bhutanese tradition and culture. Women in eastern Bhutan are renowned for their skilled in weaving highly prized, intricately patterned silk textile. In ancient times, people of eastern Bhutan paid much of their taxes in woven materials. 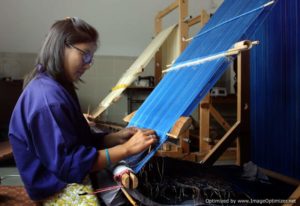 Khoma village in Lhuntse (eastern Bhutan) is known for kishuthara, an intricately patterned silk textile. With the popularity of the handloom fabric, many women in Khoma are taking up kishuthara as full time profession.

It takes three to five months to complete a textile piece depending on the intricacies of patterns. In Khoma village, the art of weaving are taught to girls from the early age of eight years. Many school-going girls learn the art from their mothers.

Likewise, different regions in the country are known for different textiles. Radi, Bidung and Bartsham in Trashigang (eastern Bhutan) are known for weaving some finest gho (a long gown belted at the waist worn by men). The regions of Mentsi Matha and Aikapur and known for their kira (ankle-length dress worn by women). In Wangdue Phodrang (western Bhutan), women of Adang village are known for adha mathra, adha rachu and adha khamar. While in central Bhutan, people from Bumthap are known for Bumthap mathra and yathra woven from yak’s hair and sheep wool.

People of Nabji and Korphu in Trongsa are known for textiles woven from nettle fibers. Weaving is also a vocation amongst the highlanders of the country Merak and Sakteng. Bhutanese weavers mainly used two types of looms. They are blackstrap looms, the horizontal fixed loom. The main fibers used today are raw silk, cotton and acrylic. Different types of yarns are now available in the market. However, the weavers use local dye plants like stick lac (tsho), madder and local turmeric (yongka) for dyeing yarns.

Since weaving is still a predominately art practiced widely across the country, it has also led to increase in the number of yarn shops. Likewise, hand woven textiles are easily available in the market. To preserve and promote this living art, the Royal Textile Academy of Bhutan was instituted in 2005 under the patronage of Her Majesty the Queen Mother Sangay Choden Wangchuck. The institute is a Civil Society Organization (CSO), which promotes traditional weaving and also displays Bhutan’s rich textiles among others.